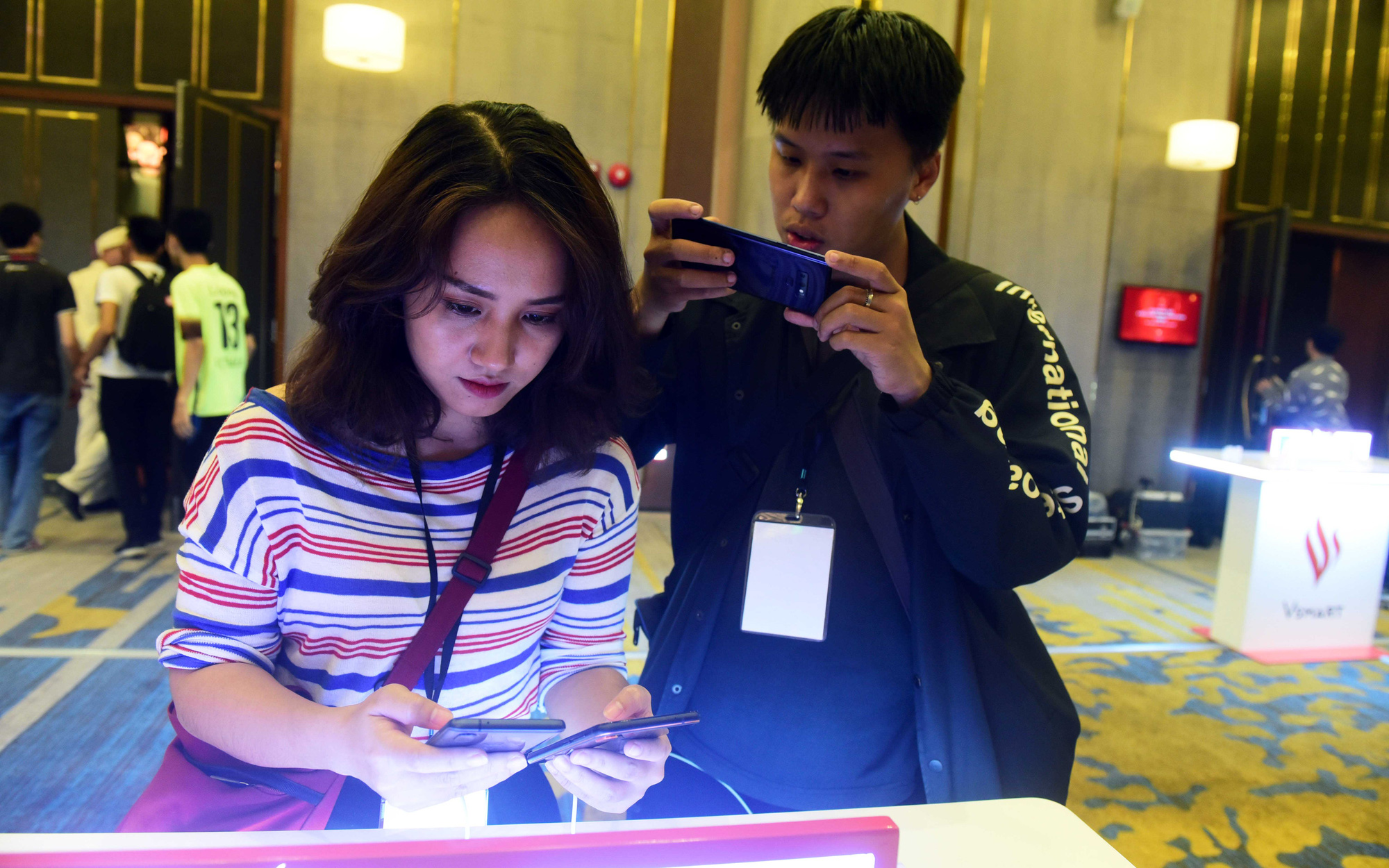 With giant Vietnamese conglomerate Vingroup recently announcing that it will stop manufacturing smartphones, there are few domestic brands left to compete with foreign firms in the domestic market.

According to German market research institute GfK, 3.51 million smartphones, mainly of Samsung and Oppo brands, were sold in Vietnam in the first 11 weeks of 2021.

This figure proved the appeal of Vietnam’s smartphone market.

However, after nearly three years in the market, the people behind Vingroup’s VinSmart smartphone business have come to the realization that “the production of smartphones or smart TVs no longer brings breakthroughs and creates unique values for users.”

The firm thus decided to shut down smartphone and TV manufacturing, leaving behind its achievements in the field, including the honor as the Best Vietnamese phone brand at Tech Awards 2020 -- the leading prestigious technology awards in the country.

In addition, VinSmart was also among the top five smartphone companies with the highest sales in Vietnam in the first quarter of 2021, accounting for ten percent of the entire market’s turnover, according to research results published in early May 2021 by market research firm Canalys.

Samsung came first with 33 percent, followed by Oppo with 18 percent, Xiaomi with 11 percent, and Vivo in the last place with nine percent.

The only one left

Before VinSmart, many other smartphone manufacturers had also suffered similar misadventures in Vietnam.

Mobiistar was among the leading Vietnamese smartphone brands, with many of its products recording relatively high sales during the 2012-13 period.

However, it exited the market in silence.

The last time the firm announced a new smartphone was August 2018, when the Mobiistar X made a debut.

These were all famous brands in the transition period from feature phones to smartphones in Vietnam.

According to many experts, the Bphone of Vietnam’s antivirus software developer and smartphone producer Bkav is currently the only Vietnamese smartphone brand noticeable on the market.

Although the launches of new Bphone editions have always commanded attention from the online community, they have never hit a high consumption rate.

Besides Bkav, some other domestic companies such as military-run Viettel Group and state-owned telecoms giant VNPT also make smartphones.

But their products have failed to leave a significant impression in the market.

COVID-19 is to blame

The impacts of the ongoing COVID-19 pandemic have made things tough for Vietnamese smartphone brands, experts claimed.

Due to travel restrictions, the supply of raw materials to manufacture electronic components has become scarce.

The speed at which components such as microprocessors are produced is thus slow.

As a result, technology and electronics firms around the world have had to compete with one another to satisfy their need for components.

Needless to say, big orders belonging to manufacturing giants such as Apple and Samsung win priority.

Consequently, small brands which depend entirely on those supplies are hurt.

The leader of a cellphone company in Vietnam, who preferred to stay anonymous, said that Vietnamese smartphone brands have long depended on components manufactured abroad, mainly in China.

Strong investments in technology by component manufacturers in Vietnam in recent years have been just a drop in the bucket.

“While firms have to compete with each other with new technology and product launch speed, alongside traditional factors such as marketing and selling prices, Vietnamese smartphone brands’ dependence on overseas supplies has always made them much slower than their foreign competitors in terms of technology,” the leader commented.

“That disables the advantage of playing on home soil.”

“Many businesses cannot get the source of goods at the schedule they desire, but have to wait for a long time,” said Nguyen.

“This severely affects their production and business plans.”

On the other hand, the price competition is extremely fierce among smartphone companies in Vietnam, according to experts.

According to a research by Tuoi Tre (Youth) newspaper’s reporters, the selling price of a smartphone in Vietnam is made of the manufacturer’s cost and an added fee to its retail distributors, which can account for as much as 30 percent of the total cost.

Therefore, they have to accept either high selling prices or losses to sell their products.

Meanwhile, foreign brands, especially from China, with a large production scale and market, have a better pricing advantage.

“Competition in the mobile phone industry is very high and fierce in Vietnam, especially in the low-priced segment under VND4 million [US$173],” said Nguyen The Kha, director of telecommunications and mobile at FPT Shop, the retail chain of Vietnamese technology firm FPT.

“This price segment is dominated by Chinese firms.

“They enjoy the advantage of large-scale production, which results in good prices.

“Vietnamese smartphone companies will face many difficulties if they want to compete for market share in this segment.”