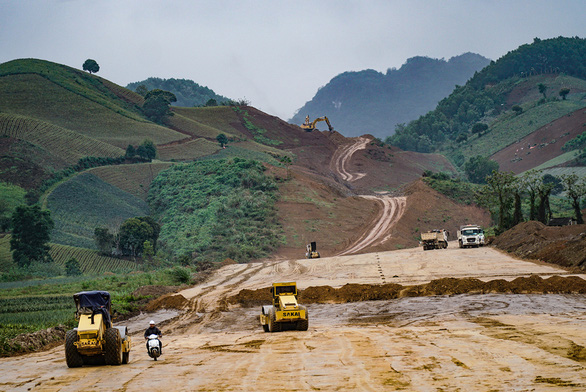 Medium-term public investment projects in Vietnam from now until 2025 will be funded with an estimated budget of VND2,870 trillion (US$124 billion), according to information released at a recent government meeting.

The estimated expenditure is about VND120 trillion ($5.2 billion) more than the previously expected amount, but the increased sum does not change the total budget spending as it is sourced from savings of regular expenditure.

Public investment capital for the next five years will be channeled into national and inter-regional key projects, as well as other large projects in such fields as digital transformation, digital economy, digital society, creative innovation, and science and technology development, said an official from the Ministry of Planning and Investment.

In addition, the ministry will allocate public investment capital to the completion of 13 component projects of the coastal road line, including the 307-km Quang Ninh - Nghe An route and several sections -- 396 kilometers long -- in the central and southwest regions, in the 2021-25 period.

In its medium-term public investment plan submitted to the prime minister, the ministry also proposed the allocation of VND36.3 trillion ($1.57 billion) to the construction of a road connecting the Central Highlands with the south-central region, and routes linking Chau Doc City in An Giang Province, Can Tho City, and Soc Trang Province in the Mekong Delta area.

Any improper lobbying activities to have projects approved are strictly banned, the head of government said.

It is necessary to maximally decentralize the allocation of public investment capital while developing suitable investment plans, policies, and effective mechanisms on inspection, supervision, commendation, and punishment, he added.

During a few days before the meeting, relevant ministries and local authorities had reviewed and removed 1,050 projects from the list in the 2021-25 medium-term public investment plan, the planning ministry reported.

As a result, the number of projects expected to benefit from the plan has shrank from the initial 6,447 to 5,397 at present.