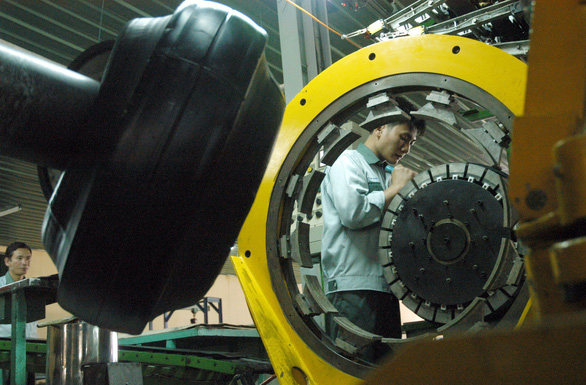 The U.S. Department of Commerce (DOC) has reduced the anti-dumping and anti-subsidy tax rates for car tires exported from Vietnam, according to a decision issued by regulatory authorities after several months of investigation.

The Vietnamese Ministry of Industry and Trade said on Wednesday that the DOC would stick to its previously-announced anti-dumping rate of 22.3 percent.

The anti-subsidy tax rate for Vietnamese tires will be 6.23-7.89 percent.

Businesses subject to the anti-dumping tax are not among major Vietnamese tire exporters, who account for up to 95.5 percent of the country's exports to the U.S.

The anti-subsidy rate has been relatively lessened compared to the preliminary ruling and the lowest among the countries and territories investigated in the same case, according to the trade ministry.

In the process of responding to the DOC investigation, relevant ministries, agencies, and local authorities closely cooperated with each other in discussing with the DOC, ensuring objectivity, positivity, and beneficial results for Vietnamese manufacturing and exporting enterprises, the trade ministry added.

The Vietnamese exporters stepped up comprehensive cooperation with the DOC throughout the investigation process as well.

Both the functional forces and enterprises were able to prove that Vietnam neither sells tires in the U.S. market below the cost of production nor subsidizes tire products.

The Southeast Asian nation does not undervalue its currency to create export advantages either, their proof showed.

The DOC officially launched an anti-subsidy investigation into a number of automobile tire products originating in Vietnam in June last year in response to a petition filed a month earlier.