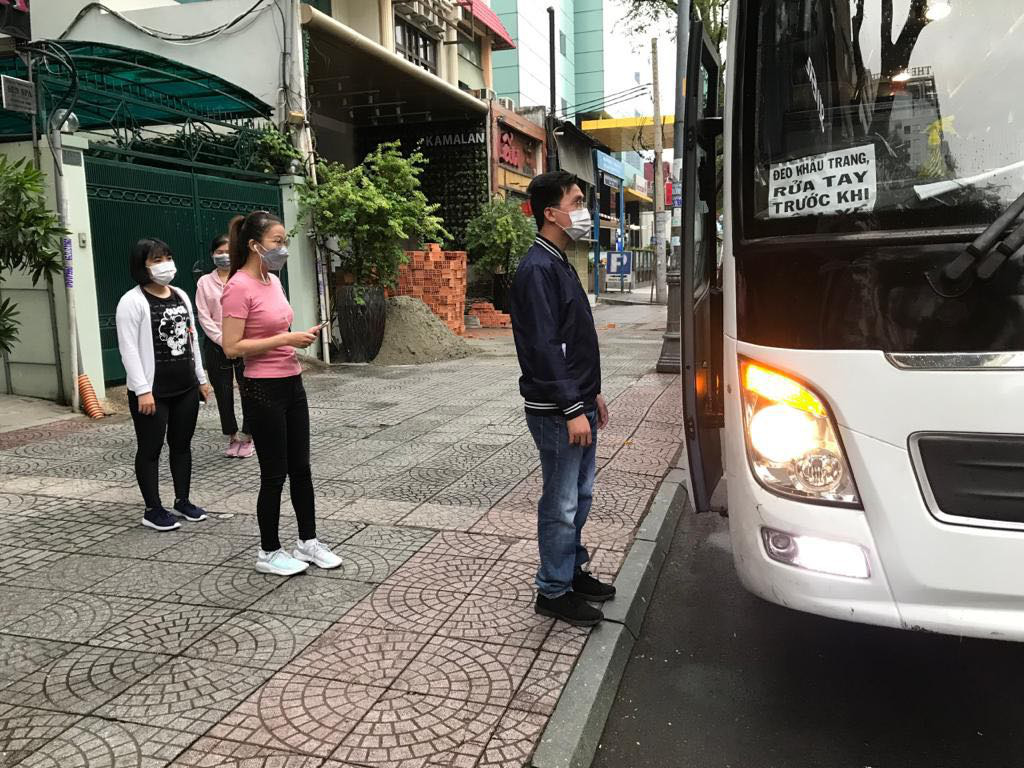 Many hotels across Ho Chi Minh City with previous near-zero occupancy rates are getting filled up with workers trapped due to movement restrictions put in place for COVID-19 prevention.

The hotel and accommodation industry has been struggling amid the coronavirus pandemic, but since Ho Chi Minh City enacted social distancing rules under the prime minister’s Directive No. 16, some hotels are getting a new lease on life.

Many companies have rented hotel rooms to provide temporary accommodation for their workers to ensure that they are following appropriate routes to the workplace in order to comply with the government’s ban on unnecessary travel.

The manager of a 4-star hotel in District 1 said that 60 out of 65 rooms in its facility are currently occupied by employees at a manufacturing enterprise for at least the next two weeks.

Similarly, all rooms at the Mong Thuy hotel chain in the city have been filled by workers of Sheico Vietnam Co., Ltd since Wednesday.

Hotels near Tan Thuan Export Processing Zone in District 7 and the Saigon Hi-Tech Park in Thu Duc City have also had their rooms fully booked by companies located inside the two special business areas.

The prices are negotiable, depending on the policy of the hotel and the budget of the companies.

The Ho Chi Minh City Department of Tourism has asked hotels that are currently accommodating workers to track their customers and report any irregularities to the department.

The Ministry of Health reported 2,106 local coronavirus infections, including 1,769 in Ho Chi Minh City, raising the national tally to 46,292 patients on Saturday morning.

The new infections increased the southern city’s caseload to 25,682 during this ongoing infection wave.