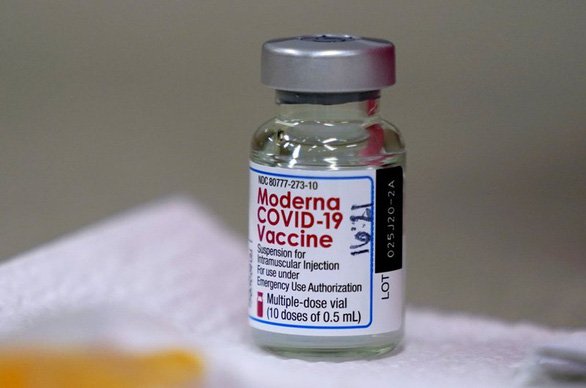 The U.S. government has decided to offer Vietnam an additional three million doses of Moderna vaccine against COVID-19, a week after its first donation of two million doses, a diplomatic source has said.

The donated vaccine will be delivered to Vietnam at the soonest possible time through the COVAX, a global initiative aiming to accelerate the COVID-19 vaccine manufacturing and guarantee equitable access for every country in the world, the Vietnamese Ministry of Foreign Affairs said on Friday.

With the first donation of two million Moderna vaccine doses that arrived in Hanoi on July 10, Vietnam has so far received a total of five million free vaccine doses from the U.S. government.

Such donations are part of the 80 million doses of vaccine that the U.S. administration has committed to gift 92 countries and territories, including Vietnam, to help curb the COVID-19 spread.

According to research by American scientists, Moderna vaccine, also known as Spikevax, is highly effective against the highly contagious Delta variant of the coronavirus.

The vaccine, developed by U.S.-based Moderna Inc., was approved by the World Health Organization on April 30.

These vaccine doses, along with those from many other countries, including Japan, Russia, and China, have come when the pandemic is widely spreading in Vietnam, especially in its southern region, in which Ho Chi Minh City is the most critical with thousands of new infections every day.

After negotiating with many vaccine suppliers, the health ministry has obtained from them the commitments to provide a total of around 110 million COVID-19 vaccine doses to Vietnam in 2021, including 38.9 million from the COVAX, 30 million from AstraZeneca, 31 million from Pfizer/BioNTech, and 10 million that Vietnam registered to purchase from COVAX under a cost-sharing mechanism.

Through diplomatic efforts to seek vaccine supplies, Vietnam has so far received nearly 10 million doses of vaccines from different sources and are negotiating to receive more jabs from its partners, the foreign ministry said.

By the end of Friday, around 4,234,000 doses of COVID-19 vaccine had been administered nationwide, and the number of people receiving two full doses had reached over 298,000, the health ministry reported on Saturday morning.

Among the latest cases, 1,769 were detected in Ho Chi Minh City, which have recently registered new daily infections at four-digit level and led the country in daily new COVID-19 patients.

Since April 27, when the pandemic’s fourth erupted in Vietnam, the country has documented 42,714 domestic cases.