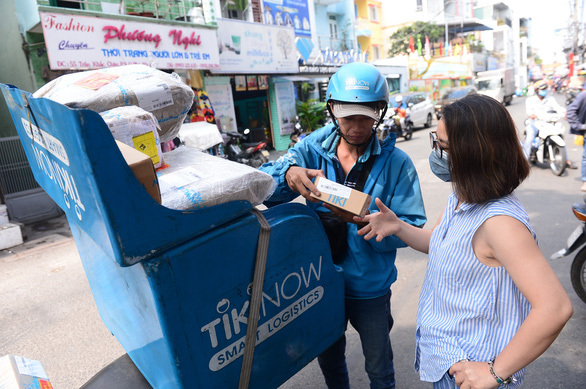 Vietnamese e-commerce company Tiki has announced an investment of US$258 million it successfully raised from the latest funding round in anticipation of its initial public offering (IPO) debut in the United States.

The series E funding round was led by AIA Insurance Inc. and included Mirae Asset-Naver Asia Growth Fund, Taiwan Mobile Co., Yuanta Fund, and STIC Investments, which is one of the largest investment companies in South Korea and an existing shareholder of Tiki.

Tiki will use the fresh capital to aid its efforts in logistics, such as the development of AI technologies and robotic systems for inventory management, order processing, and delivery, according to Tiki founder and CEO Tran Ngoc Thai Son.

The business had planned to list on the U.S. stock market by 2025, but it now intends to realize this scheme in a year’s time, Son told Bloomberg in an interview.

The company’s revenue is expected to grow 40 to 50 percent in the next few years, Son said.

It is forecast that Vietnam will have 53 million online consumers, or 71 percent of its population aged 15 and older, by the end of this year, an eight-percent jump from 2020, according to an August report by Facebook and Bain & Co.

The Southeast Asian country has the second-highest growth rate in digital consumers in Southeast Asia, just after Indonesia with 15 percent, the report said.

Vietnam’s e-commerce revenue is projected to reach $12 billion this year and $56 billion in 2026, it said.

In June this year, Tiki raised VND1 trillion ($44 million) from the issuance of non-convertible and secured bonds via a private placement, according to the Hanoi Stock Exchange.

Founded in 2010 as an online platform for book sales, Tiki has grown into a popular marketplace in Vietnam, with nearly 4,000 employees and 20 million registered customers, competing directly with other e-commerce giants such as Lazada and Shopee.