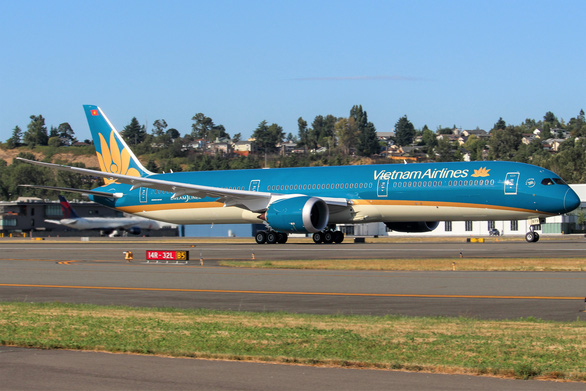 Vietnam Airlines on Tuesday received a foreign air operator certificate issued by the U.S. Federal Aviation Administration (FAA), thanks to which the national flag carrier will become the first Vietnamese airline to run regular direct flights to the States.

The return flight will leave San Francisco on the evening of November 29 and reach Ho Chi Minh City on December 1, with a flight time of 16 hours and 40 minutes.

Starting December this year, there will be two flights per week and the frequency could be increased to seven on the condition that the COVID-19 pandemic is put under control and the Vietnamese government allows resumption of regular international air routes.

The wide-body aircraft Boeing 787-9 Dreamliner will be used for the direct flights.

On November 4, the FAA announced the granting of a certificate, which is a legal prerequisite, for Vietnam Airlines to regularly operate direct passenger and cargo flights between Vietnam and the U.S. in an unlimited period.

The route between Vietnam and the U.S. is one of the 10 longest air routes in the world.

The U.S. is also Vietnam’s largest air transport market, with more than 2.2 million Vietnamese living there.

U.S. authorities had previously granted licenses to Vietnamese airlines to operate charter flights between the Southeast Asian country and the States with limited frequency in a fixed period.