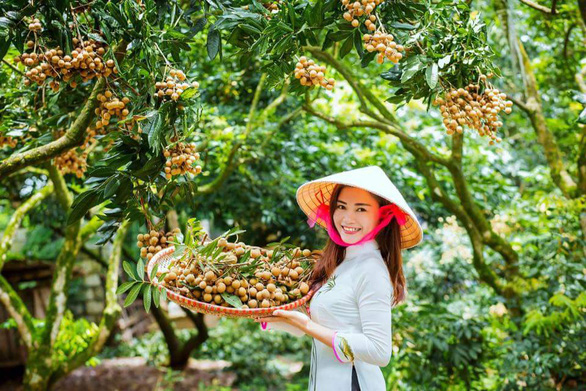 Vietnam’s agriculture minister on Wednesday called on his Japanese counterpart to accelerate quality assessment process for longan exports from the Southeast Asian country to enter the East Asia market in 2022.

During the discussion, Hoan urged his Japanese counterpart to accelerate procedures at Japanese appraisal authorities in order for Vietnamese longans to enter Japan in the 2022 harvest.

Mechanisms for Vietnam’s pomelo and Japan’s grape harvests to enter the other market will also be devised, the two ministers concurred.

Vietnam is promoting agriculture development to ensure food security, create jobs, and generate income for the 33 percent of the country’s workforce, or 63 percent of the domestic rural population, Hoan stated.

As the two countries have similar starting points, namely the wet rice civilizations and farming-oriented populations, Vietnam may learn a lot from Japan in terms of cooperative economic growth, community spirit, agro product branding, and high technology application, among others, he added.

The two ministers also reiterated their commitments to developing and executing the bilateral agricultural cooperation over the 2020-24 term.

Also during his trip to Japan, Minister Hoan also met with Japan International Cooperation Agency (JICA) Vice President Shinichi Yamanaka, where he expressed his gratitude to Japan for assisting the growth of Vietnam's agriculture sector.

In the first cooperation period from 2015 to 2019, Vietnam benefitted from 10 Japanese official development assistance (ODA) projects, including loan programs and technical support frameworks, in various sub-sectors of agriculture.

The Vietnamese official reached an agreement with JICA on a serious review to speed up the progress of ongoing projects, as well as proposals for further JICA support in the future.

Although Vietnam's fruit and vegetable exports tripled in the 2013-18 period, most products are still exported through informal channels at inferior prices due to inadequate application of quality standards, the International Finance Corporation reported.

In 2020, Vietnam officially exported fresh lychees to Japan for the first time after five years of negotiations and preparations to meet quality standards.