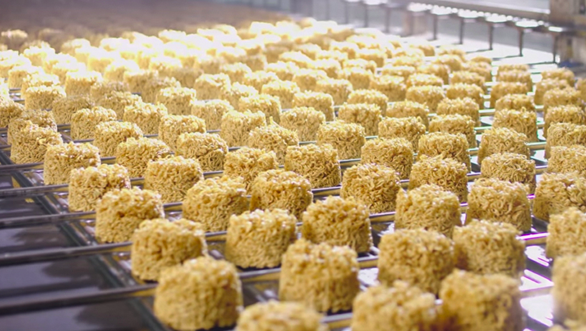 A representative of Acecook Vietnam on Wednesday said that the recall of its noodle products in France is part of the firm’s proactive response to avoid a repetition of the previous incident related to the banned substance 2-chloroethanol (2-CE) in The Republic of Ireland.

The recall in France was featured on a French website earlier this month.

“The recall of the products mentioned in the said website was an active and voluntary decision by Acecook Vietnam, in order to ensure the quality of our company’s products,” the representative affirmed on Wednesday.

All of these products were manufactured and exported to France before July this year, and prior to the product recall in relation to 2-CE in Ireland, according to the representative.

2-CE, a precursor to ethylene oxide, is used in the manufacturing of insecticides and as a cleaning agent for machines, with prolonged exposure to low concentrations or short-term exposure to high concentrations likely to result in adverse health effects, according to the U.S. National Center for Biotechnology Information.

In August, Japanese-owned Acecook Vietnam’s products were also recalled in Ireland and received food safety warnings in Germany and the Netherlands due to the presence of ethylene oxide.

Acecook Vietnam proactively informed its sales agents and conducted a recall of products in the French market at the end of November after realizing a risk that was similar to the case in Ireland.

Despite Acecook Vietnam’s proactive move, the recall was widely publicized to consumers and authorities per French regulations.

According to the French product recall agency, Ricey instant noodle soup, some batches of Hao Hao instant noodles, rice noodles, and Thai hot pot noodles from Acecook Vietnam are recalled for containing 2-CE in excess of the threshold allowed by EU standards.

These products have a shelf life of up to March, May, August and September 2022, respectively.

Following the Acecook Vietnam product recall in Ireland, the Vietnamese Ministry of Industry and Trade directed competent authorities to review all of the company’s products in the country and inspect its production chain to detect any violations.