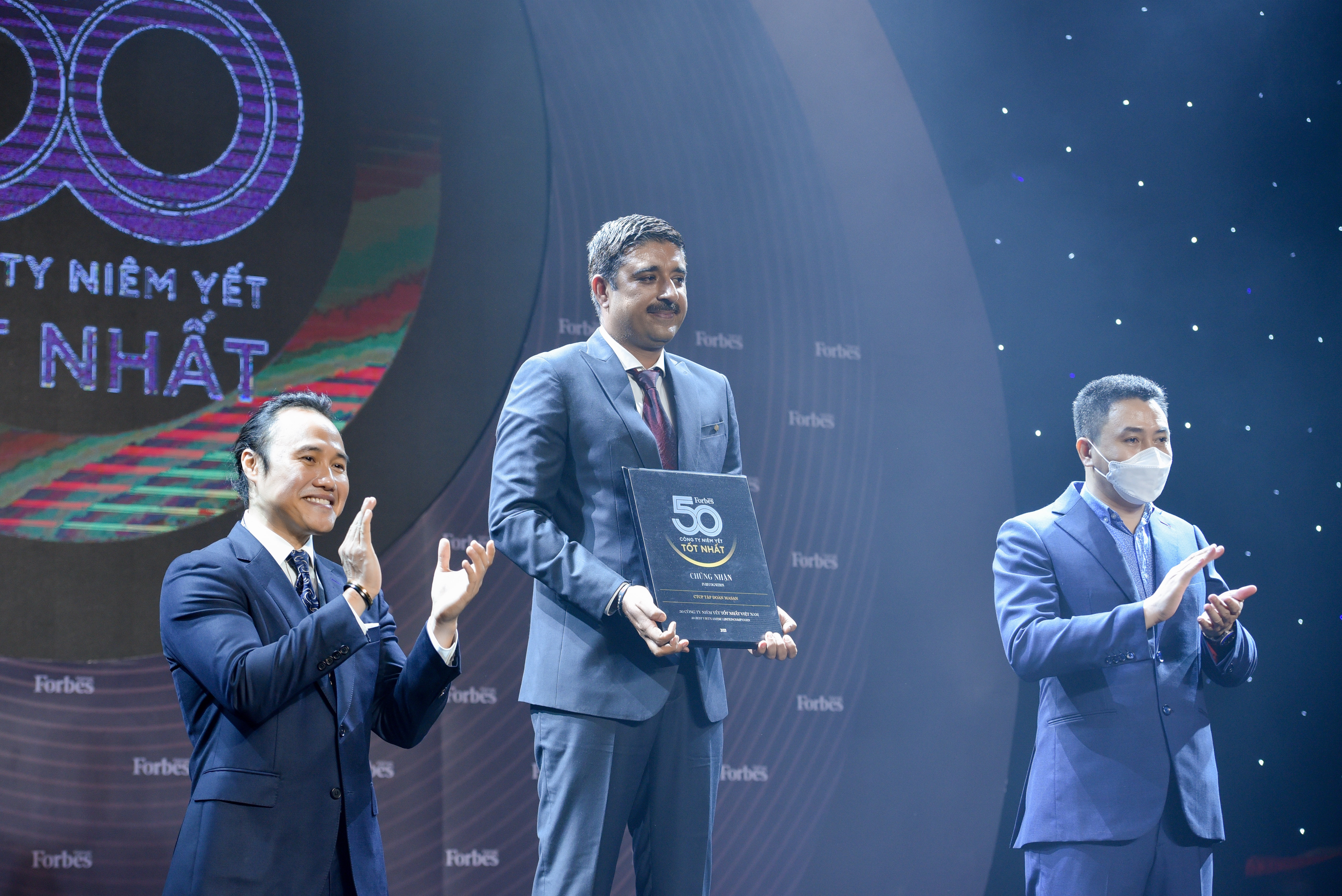 Masan among best listed companies in Vietnam for 9 consecutive years

Masan Group has made it to the top 50 best listed companies in Vietnam in 2021 for the ninth consecutive year as voted by Forbes Vietnam.

The combined after-tax profit of the companies on the list this year reached VND174.51 trillion (US$7.57 billion), an increase of 25.8 percent compared to last year's figure, although the COVID-19 pandemic has had a significant impact on business operations of most enterprises, while main export markets of Vietnam also report falling purchasing power.

Not only an enterprise in the top 50 best listed companies in Vietnam for nine years in a row, but Masan has also built its reputation as a leading private conglomerate in the Southeast Asian country by its timely and adaptive development and turnaround strategies.

Masan no longer covered losses for the WinCommerce retail chain for the first time in the third quarter of 2021 as the rebranded identity of VinCommerce made its first-ever net profit of VND137 billion ($5.95 million), up 21.2 percent from last year.

Among that, The CrownX is considered the pioneer in Masan’s Point of Life strategy, in which the firm aims to provide essential products and services on an integrated platform both offline and online through the loyalty system that was meant to help consumers pay less for daily necessities.

Masan also plans to convert at least 50 percent of WinMart+ points of sale into mini-mall stores.

Masan started piloting the mini-mall model in June 2021, with the first store being the WinMart+ Udic in Hanoi, targeting families and residential area customers.

The store includes both a Phuc Long kiosk and a Techcombank’s transaction counter, helping customers enjoy different conveniences without much traveling.

Since the launch of the model, Masan has recorded a significant increase in store traffic and profits at WinCommerce points of sale.

The integration of the popular Phuc Long tea - coffee brand into WinMart+ helped Masan quickly expand its existing customer base, attracting a generation of young consumers with a modern lifestyle.

So far, the Phuc Long kiosks have contributed VND5 million ($217) in daily revenue to each of the WinMart+ stores.

The successful trial at the WinMart+ Udic encouraged Masan to scale up the mini-mall model, as well as South Korea's SK Group to add a new investment of $340 million into The CrownX.

Previously, SK Group had invested $410 million in WinCommerce in April 2021, before Alibaba Group and Baring Private Equity Asia (BPEA) injected a total cash value of $400 million into The CrownX in the following month.

With an ambitious goal to develop a single platform that can cover 80 percent of Vietnamese consumer spending and serve a variety of essential needs from necessities, financial services, F&B chains, to telecommunications, Masan spent VND295.5 billion ($12.8 million) acquiring a 70 percent stake in Mobicast, which owns the Reddi network brand.

Following the acquisition, Masan said it will build a loyalty program and a mobile-wallet payment system to bring long-term values to consumers while maintaining a low-cost model of attracting new customers.

Masan (stock code: MSN) has fixed the 2021 cash dividend at 12 percent and plans to issue bonus shares at a 5-for-1 ratio, which means that shareholders will receive one additional share for every five shares held.