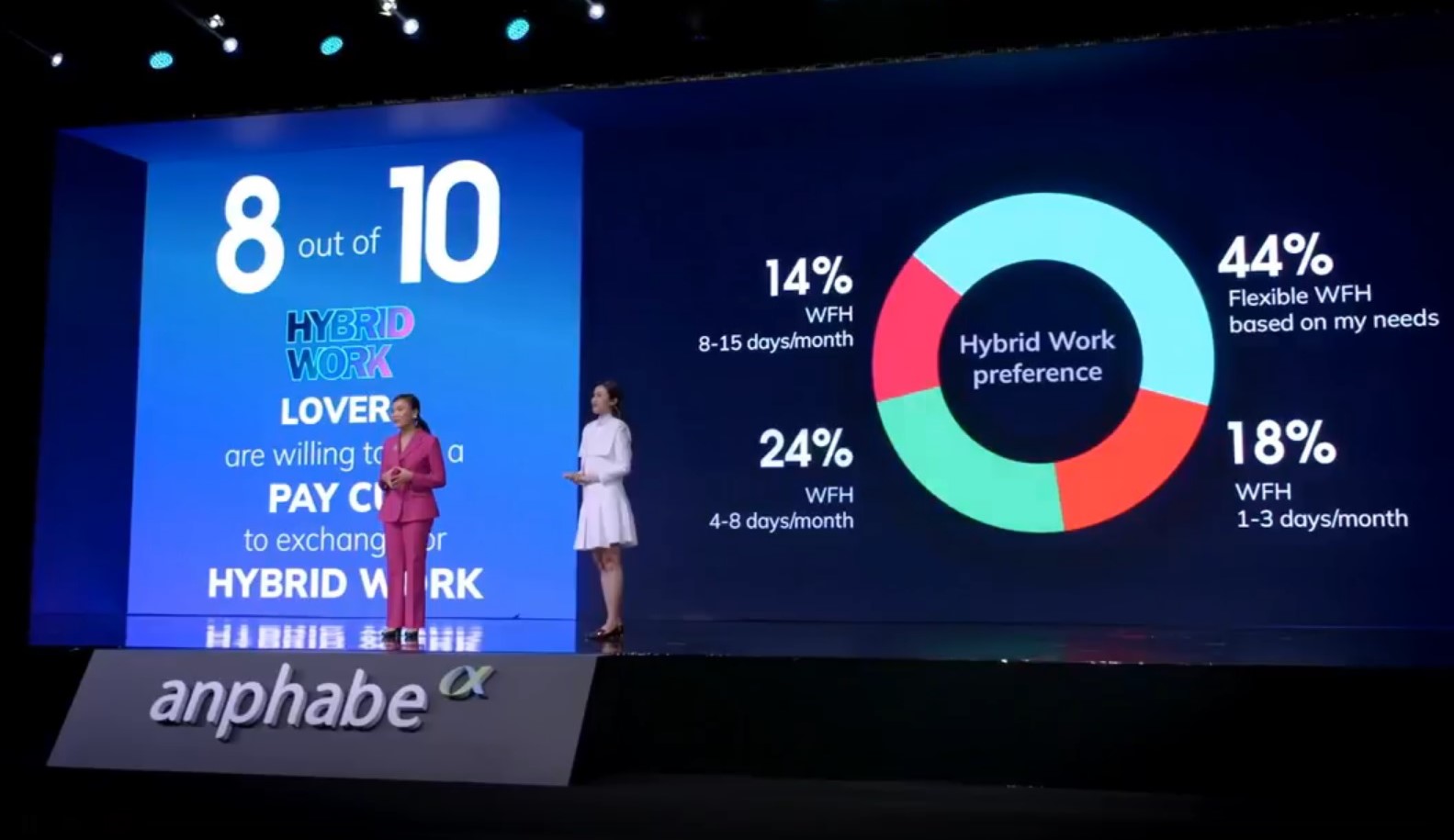 Only 40% of Vietnamese workers willing to return to office: survey

A recent survey involving more than 60,000 workers in Vietnam showed that only 40 percent of them wish to go back to the office when the COVID-19 pandemic is put under control.

Business consulting company Anphabe announced the findings of its online survey during a teleconference on Wednesday.

The survey, which polled about 60,200 respondents, was conducted from May to August to discover changes in working trends amid the COVID-19 pandemic in Vietnam.

The report highlighted that only 40 percent of the respondents want to go back to the office, while 56 percent prefer a hybrid working style, or a combination of working from home and working at the office.

Notably, four percent of the respondents said they would quit their job to begin a freelance career so that they could be flexible in choosing where to work.

Among those who preferred the hybrid work, eight out of ten are willing to get an average pay cut of 6.6 percent in exchange for this working style.

Up to 53 percent of knowledge workers have participated in the gig economy, a labor market characterized by the prevalence of short-term or freelance jobs as opposed to permanent labor contracts.

Among them, 14 percent are freelancers, 26 percent have both a permanent job and a freelance gig, and 13 percent have a full-time job and a part-time post after office hours.

The ratio of knowledge workers participating in the gig economy is expected to increase to 57 percent following the pandemic, according to the survey.

The report also shone a spotlight on ‘The Great Resignation,’ an economic trend in which employees voluntarily resign from their positions en masse.

Vietnam is showing early signs of ‘The Great Resignation’ with 1.1 million unemployed people recorded in the first six months of this year, accounting for 2.52 percent of the country’s workforce.

Only 46 percent of employees commit to stay with their current companies, which is the lowest rate in recent years.

The perceived ideal time for one position of the job hoppers is two years, compared to 4.5 years of the standard employees and 12 years of the loyalists.