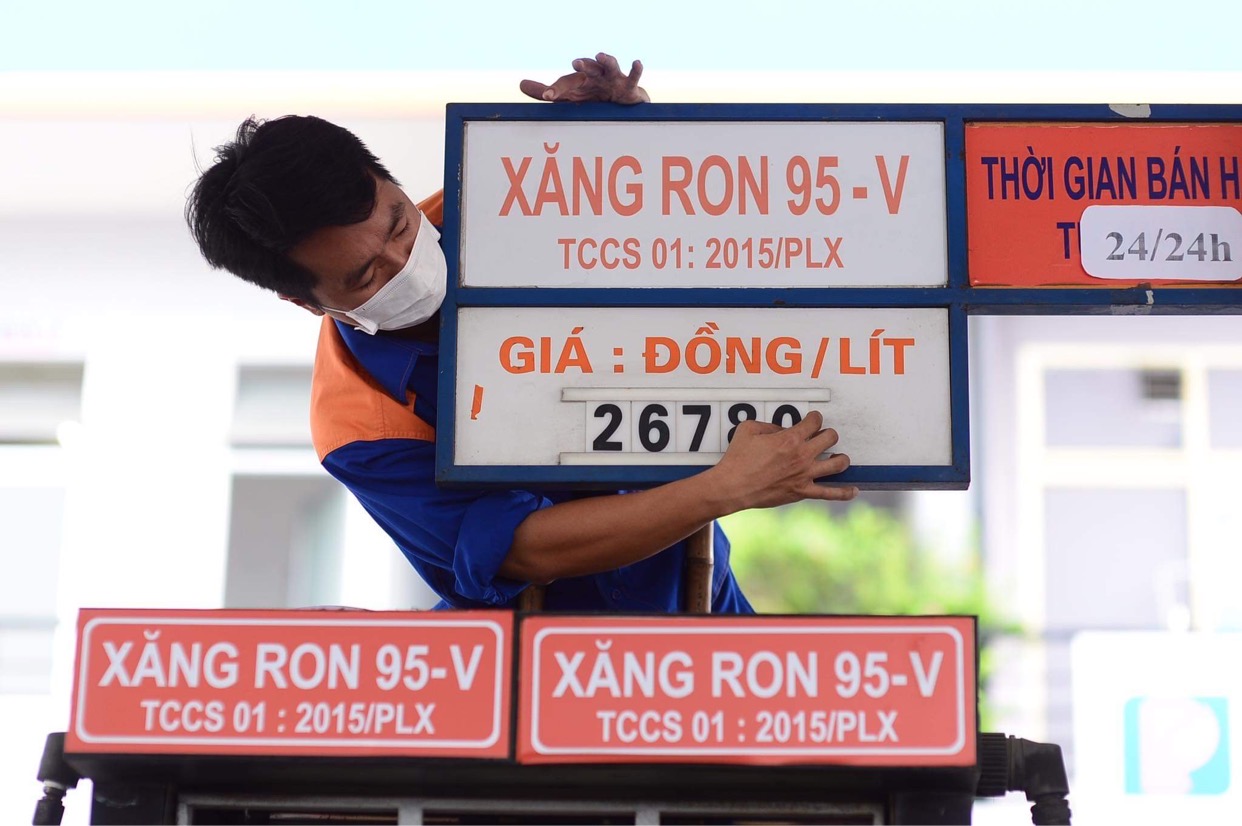 Domestic gasoline prices soared to an eight-year high in Vietnam as the Ministry of Industry and Trade and the Ministry of Finance announced the latest periodic adjustment on Monday afternoon.

Oil products, meanwhile, jumped by VND280-940 for each liter sold.

This is the fourth consecutive fuel price hike in Vietnam, driven by the escalating fears of an intervention in Ukraine by Russia and the domestic low supply triggered by production cuts at Thanh Hoa Province-based Nghi Son refinery, since the beginning of this year and the implementation of a new government decree on petroleum business.

The decree, which took effect on January 2, stipulates that fuel prices are adjusted three times on the first, 11th, and 21st day every month, or on a 10-day cycle instead of 15 days like before.

The fuel price adjustment on February 1 was skipped as it was the first day of the recent Lunar New Year holiday.