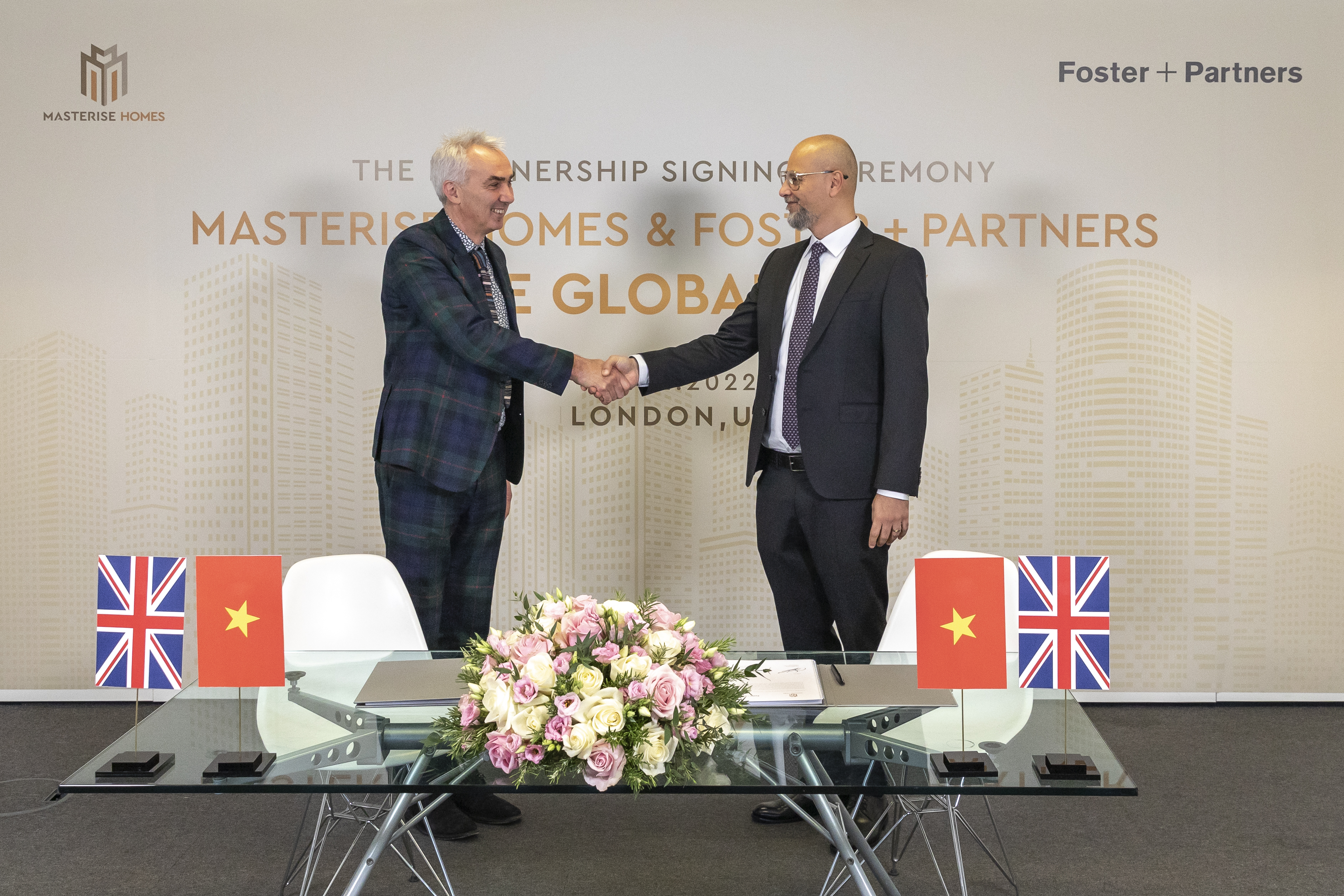 Masterise Homes has announced the appointment of Foster + Partners for its first township development – The Global City.

The firm will act as architectural advisors of the development, providing innovative and sustainable design solutions to create a truly global city in Ho Chi Minh City, as the name suggests.

The partnership with the practice, a global award-winning studio for architecture, urbanism and design, also demonstrates the developer’s vision to create a world-class township – the new downtown of Ho Chi Minh City.

Foster + Partners is among today’s most recognized and respected names in architecture around the world.

Founded in 1967, the studio, over more than five decades, has pioneered a sustainable approach to architecture and urbanism through a wide range of work, from masterplans to offices, cultural buildings, airports and industrial design.

Foster + Partners has designed some of the world's most notable buildings including the Hearst Tower in New York, ‘The Gherkin’ in London, and the Hong Kong International Airport.

Its founder, Norman Foster, has been awarded architecture’s highest accolades, including the Pritzker Architecture Prize, the Praemium Imperiale Award for Architecture in Japan, the RIBA Royal Gold medal, and the AIA Gold medal.

“We are delighted to be partnering with one of the world’s most recognized names in architecture and design to realize our vision for The Global City,” commented Youssef Akila, head of design at Masterise Homes.

“There is a natural synergy with Foster + Partners, whose ongoing commitment toward sustainability and green projects is aligned with our commitment to creating an iconic development with worldwide recognition, contributing to the community and promoting society sustainability.

“The Global City will be another milestone in our journey of bringing world-class excellence to Vietnam.”

Following the concept of new urbanism, The Global City will be a diverse and sophisticated neighborhood, integrating a full range of facilities for a future downtown city alongside residential units.

The 117,4-hectare masterplan will include high-rise and low-rise apartments, villas and social housing, schools, medical and administration facilities, a 125,000sqm grade-A shopping mall, and other amenities to create a sustainable, mixed-use community.

“The ambition and scale of the project are striking, and we are delighted to be working with Masterise Homes on this unique residential project, which brings together their progressive vision and our extensive experience in large-scale masterplans to create a distinct global city,” said Toby Blunt, senior partner at Foster + Partners.

“This will be our first township in Vietnam, and we are excited to extend our footprint in the country.”

The development, previously known as Sai Gon Binh An Township, was renamed and introduced by Masterise Homes, the new developer, in January.

The entire project is set to complete in 48 months.

Foster + Partners is a global studio for architecture, infrastructure, design, and engineering services.

The team commands over 65 languages and counts more than 200 skills by qualification.

Its landmark buildings include the Hearst Tower in New York, ’The Gherkin’ in London, the Great Court at the British Museum in London, the Reichstag German Parliament in Berlin, and the Museum of Fine Arts in Boston.

The practice also designed the Hongkong and Shanghai Bank Tower in Hong Kong and the Commerzbank Tower in Frankfurt, as well as the corporate headquarters for Apple in California, Bloomberg in London, and Comcast in Philadelphia.

Foster + Partners also has experience delivering large-scale infrastructure projects, such as the international airports in Hong Kong, Stansted, Beijing and Amman, sporting venues including Wembley Stadium in London and Lusail Stadium in Qatar, and bridges such as the Millau Viaduct in France and the Millennium Bridge in London over the River Thames.

Masterise Homes, a member of Masterise Group, is a pioneer in bringing world-class excellence to the development, operations, and management of luxury real estate products and services in the Vietnamese market and beyond.

With a one-of-a-kind portfolio comprising the largest branded residences in Southeast Asia, Masterise Homes demonstrates world-class capabilities via a strategic partnership with Marriott International, the largest hotel brand in the world with the iconic brands of Marriott, JW Marriott, and Ritz-Carlton.