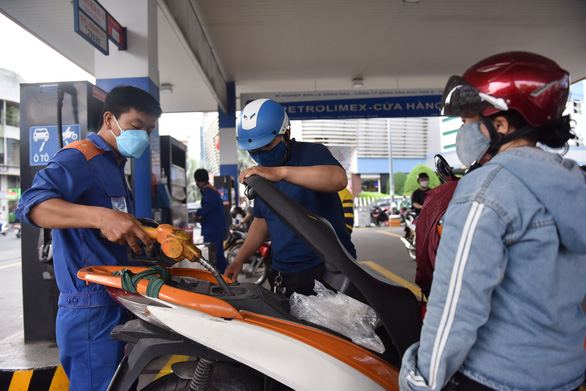 Vietnam halved the most-favored-nation (MFN) import tariff on unleaded gasoline from 20 to 10 percent to pave the way for local fuel traders to diversify their fuel supplies.

The cut is included in the government’s newly issued Decree 51 amending the preferential import tariff on gasoline.

Earlier, an eight percent cut to the MFN import tariff on gasoline had been proposed.

According to the Ministry of Finance, the proportion of taxes in the fuel prices in Vietnam remains lower than the average of other countries.

In many other countries, taxes account for 40-55 percent of the gasoline price and 35-50 percent of the oil price, excluding nations with huge fuel reserves.

In Vietnam, after the National Assembly’s Standing Committee approved the cut of the environmental protection taxes and duties on fuels, duties currently make up 19.39, 21.95, and 11.05 percent of the prices of E5RON92, RON95 gasoline, and diesel oil, respectively.

Assessing the impact of the MFN tariff cut on the state budget revenue, the Ministry of Finance stated that Vietnam mainly imports gasoline from countries with which it has free trade agreements, and that the gasoline from these countries is entitled to an import tax rate lower than the MFN import tariff.

In other words, the MFN tariff reduction may not encourage domestic enterprises to increase gasoline imports from markets subject to the MFN tariff but will open up opportunities for local firms to expand their supply sources.

According to statistics from the General Department of Vietnam Customs, Vietnam spent US$475.26 million on fuel imports last year, including $474.1 million worth of fuels imported from countries who have free trade deals with Vietnam, or 99.7 percent.

In the first five months of this year, Vietnam purchased $826.53 million worth of gasoline.

Thus, the volume of Vietnam’s gasoline imports subject to the MFN tariff is low.

As a result, the cut of the MFN tariff on gasoline will not significantly affect the state budget revenue if other conditions are unchanged.

Following the reduction in the environmental protection and MFN import tax, the Ministry of Finance also proposed lowering the value added and excise taxes on fuels.

In the latest adjustment on August 1, local fuel retail prices were revised down for the fourth consecutive time.