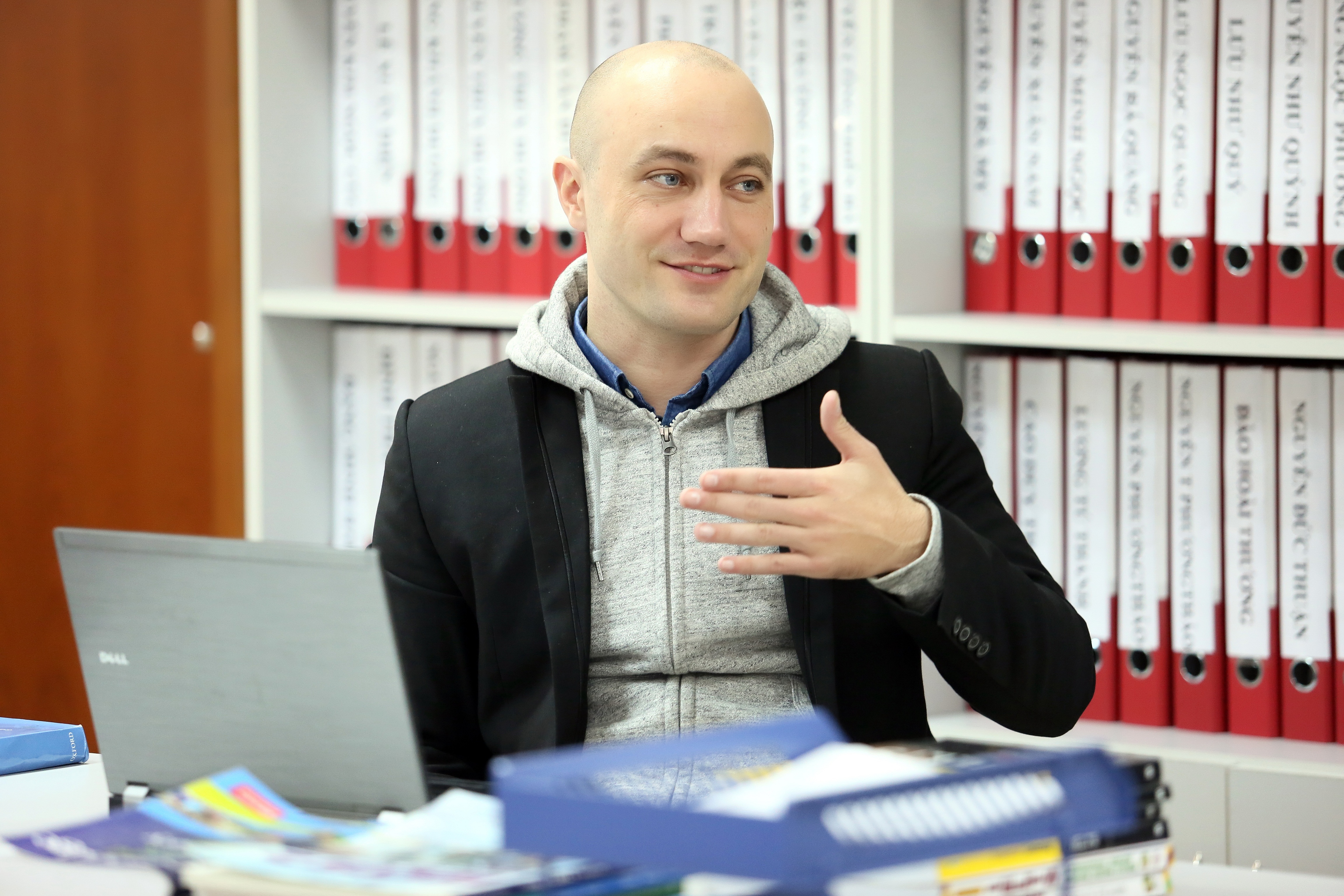 Editor’s Note: After surviving a deadly battle involving Taliban forces in Afghanistan, Jesse Peterson, a Canadian solider, promised that he would live a full and fun life for him and his best friend who lay dead before him during the encounter. Now he is living in Vietnam.

How did I come to Vietnam? I didn’t want to come out right and tell this story to you because it’s very important to me, I want to take the time and give it the honor it deserves. My journey to Vietnam probably started in the army, and after when I went to Afghanistan. Maybe to explain that I should talk about Bryce Keller.

I joined the Canadian army in 2002 as a way to pay my student loan debt. I met Keller who was a year older than me, and married to a very pretty army medic. After initially not liking each other, we became best friends, but at the same time we remained extremely competitive.  He was a Christian and I was an atheist. We both liked proving how smart we were, or how physically in shape we were. We spent a lot of time together training in our infantry unit. We spent weeks doing training in the very cold Canadian Arctic. We did military training exercises together in the tropical jungles of North Carolina, and marched for days together in the cold and rainy terrain of Minnesota. We trained for four years together, before marching off to war to fight side by side in the desert for a year.

In 2006 my unit was sent to Afghanistan to lead the ISAF coalition against the Taliban. Just like I think that a lot of Vietnamese can’t really understand the feeling of cold in the far north, nor do I think they can understand the feeling of the extreme heat of the desert. And it’s great expanse, Afghanistan’s flat and dry desert stretches out as far as the eye can see like an ocean of sand.

Jesse Peterson (L) and his comrade when they served in the Canadian army against the Taliban in Afghanistan. Photo: By courtesy of Jesse Peterson

When people find out I went to war in Afghanistan they often ask me “Were you scared?”  No, I never felt scared. Sometimes bored, but never scared. I had my group of brothers who’d trained and lived side by side for four years standing beside me, we kept each other strong and confident. The Canadian government had more than one million dollars invested per soldier, it was no small matter, every soldier had to do his best to make it to Afghanistan. And also after four years of training, we were looking to prove ourselves.

And unto the desert we did come, and into battle we did fall. The Canadian army was at last at war after fifty years of peace. We spent months exhausted, moving the desert and the mountains fighting the Taliban. Keller and I were on the front page of every major newspaper in Canada carrying the casket of the first Canadian soldier who fell in combat since the Korean war.

And then, towards the end of our tour of duty, the great battle of Panjwaii, a battle that had us immortalized in a book, in the media, and in the war museum. And the deaths of four soldiers, and the critically wounding of many more. We attacked a fortress of two hundred Taliban fighters, but we mistakenly believed there were only a dozen enemy fighters. We fought all night and all day. In the end four of us were dead, most of the rest severely wounded, and a few, like myself, were mostly okay. The Taliban lost almost a hundred soldiers. Of the thirty Canadian soldiers that went into that desert to fight that day, just a handful were not dead or severely wounded to come home.

Keller was dead and I was destroyed, my heart shattered as my best friend lay dead before me. He was a hero, he drew the Taliban fire so some wounded soldiers could get into shelter.  That day, after the battle and in my tears, I promised right on that spot I would never waste my life, that I would live a full and fun life for both of us. Once again, I was in the newspaper, that time carrying the body of Keller.

And even upon returning back to Canada, the Canadian soldiers weren’t safe. Drug overdoses and suicide for some, others miserable. Not enough understanding and support from the Canadian government. And so I left, and I haven’t been back. I think now that not going back was good for me. Lots of old friends I see are still talking about the war, still seeing it in the news, still thinking about it. Over here, I’ve forgotten all about it, just once a year, on August 3rd, the death of Keller, do I really think about it. I have a new life, a new struggle to keep me occupied.

Once, sitting around with nothing to do in the desert, I told Keller what I wanted to do after the war. I thought about going to Africa, to Sudan, but Keller once told me that’s a terrible idea. He told me that Sudan is the same as Afghanistan, just more war and choking desert. I left the army after that and went to Japan for a year. I was pretty happy but there were still more countries I wanted to see.

And so, on his simple advice, I ended up in Vietnam. Vietnam was actually initially very hard and I wasn’t happy. I was disappointed that it wasn’t like Japan. I had all my money stolen and I lived in a very poor and rough place for the first few months. I was sick and lost weight, I went three days without eating.

And then some good people helped me. I moved into a nice community, very quiet with wonderful neighbors who always met together to talk, drink coffee, or drink beer together. I started to learn Vietnamese. I understood that Vietnam is very different, but just as wonderful as any other place I’d ever been to. My struggle to learn Vietnamese, and finally to write in Vietnamese, has been extremely challenging, it keeps me really busy and focused. I think this is very healthy for me. I’ve been to a lot of places in Vietnam, probably more places than some Vietnamese people. Compared to Canada, it’s a small country, but there is always something new to learn or explore.

But it’s mostly the relationships I’ve made with a lot of good people here that make it too hard to leave. Nowadays, I think that I may live my entire life here in Vietnam; I think that’s a pretty fun life.

Keller and I never talked about how much money we’d make someday. Some people live with the pursuit of money. I know that I'll probably never be rich, but that's fine, that's not my goal. It takes too much time to become rich, that's a hobby for someone else. Life's not really very long, and there are already too many people collecting money as it is. I don’t think about Keller as much these days, but I think that’s not so bad. I know he’d be happy with what I’ve done, with what I’m doing, and that’s enough for me.