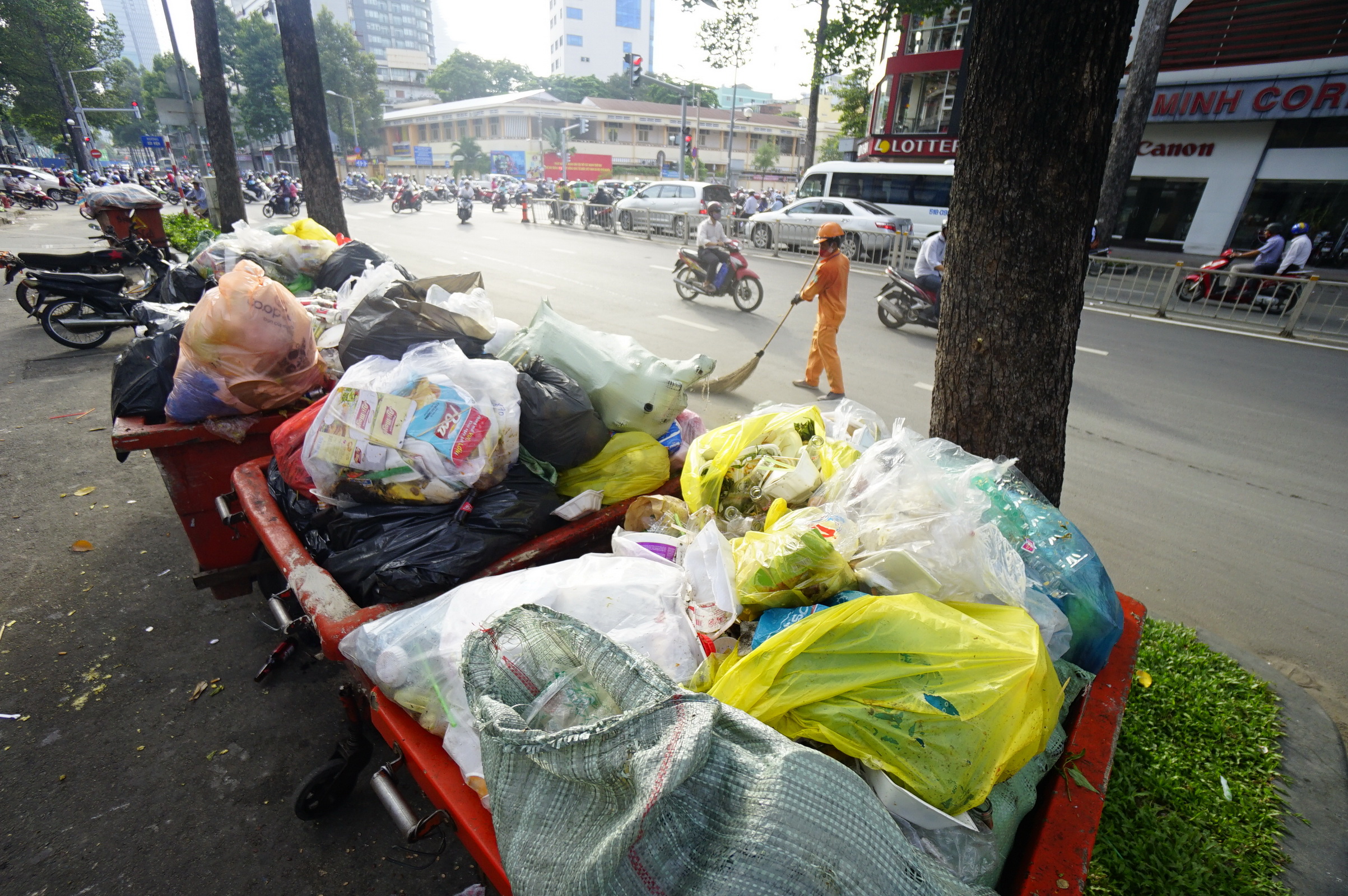 ​How much plastic is being used in Vietnam?

A number of expats living in Vietnam have given their thoughts on how plastic is used in the country following a request from Tuoi Tre News.

Some parts of the email conversations below have been edited for cohesion, clarity, and concision.

The recycling of rubbish has been common practice in the UK for many years. Local governments issue special collection bins and designate areas for different types of garbage (eg. plastics, glass, clothing, etc.) to be recycled in different ways. Lots of countries have a law stating shops must charge for plastic bags, although in the UK this was only done recently.

I think it's important to talk about two types of plastic - single- and multi-use. The Vietnamese are, generally, exceptional retainers and re-users of multi-use plastics. People, obviously, don't want to waste money and can be ingenious at finding ways to extend the life of plastic goods. However, the real problem lies with single-use plastic (eg. drinking straws, carrier bags, and food containers). As most people are now aware, environmental issues are the key problem, but separate from those concerns, I've often wondered why Vietnamese feel the need to use bags upon bags upon bags? Why are straws put into every single drink? It all just seems so unnecessary to me.

The problem in Vietnam is so serious that only drastic actions can make a difference. Businesses need to have controls on how much plastic they are allowed to use. To start, there should be an immediate ban on plastic drinking straws. Although straws are only a part of the problem, they are so common and so frequently used that to ban outright them would send a very strong message about plastics. This would immediately drive the cost of alternatives, such as bamboo, metal, and lemongrass, closer to that of straws and help introduce businesses to the idea of finding alternatives to plastic bags and food containers.

Living in Vietnam, I refuse plastic bags as often as possible. I carry my own or - and this is a bit crazy - sometimes hold things in my hands! Living in the hems (alleys) means I can take my own plates and glasses to food and drink places if I want to eat at home - so I don't need to use the vendors' plastics. And, of course, I tell coffee shops and cafés that I don't need a straw (this doesn't always work but more and more places are starting to understand).

Straws in every drink and double bagging

During the time my husband and I have lived here, we've been very frustrated by the huge amount of plastic used everywhere. Straws in every drink and double bagging are commonplace. Plastic is easy and cheap to use so the locals seem to use it for everything because they are not aware of the environmental problem plastic presents.

My husband and I founded Zero Waste Saigon – an organization which works on solutions to reduce plastic use and waste in Ho Chi Minh City – to educate about the issue by holding conferences in schools about the zero waste lifestyle, as well as offer alternative solutions to individuals and businesses.

I think the solutions to the plastic problem in Vietnam are education and government legislation, such as a plastic tax and business regulations relating to plastic use. There also need to be good and cost-effective replacements for plastic.

Vietnam could consider a ban or taxes on single-use plastic, a measurement which California (where my husband is from) is also considering. In France, my home country, the supermarkets haven’t been allowed to offer single-use plastic bags for several years already.

'When I scold them…'

I don’t know many (maybe none) Vietnamese who think of plastic as being a problem. But not many think about garbage, in general, as being a problem either. Littering also does not seem to be an issue. I am particularly disappointed when I see teachers who litter. I think that we need better education to minimize littering and the amount of garbage that we generate, but if teachers do not understand this, how will they teach our children?

It is not easy to make people aware of efforts to minimize garbage so that we can approach a zero waste lifestyle. For example, when I go shopping, wherever I am in the world, I try to remember to take my own re-usable bag, daypack, or re-used plastic bags. Sometimes, when I tell shop employees that I have a bag so I do not need theirs, I see them tie the bag in knots and throw it in the garbage. When I scold them, they seem to wake up and realize their mistake.

To solve this issue, we need teachers, the public, and the government to understand the problem and how it harms each of us. If they do not understand, they will not change. I think that governments should tax compostable bags and containers much lower than normal bags. If our ordinary plastic products become too expensive, not so many people will use them.

People need to understand how garbage and litter hurt them and their livelihood. For example, if you are a tour guide and everywhere you take tourists there are a lot of garbage and litter, your business might do poorly because many tourists do not like to see litter.

In Canada, when we put our garbage out for the government to take, we sort our garbage into different types. For example, there is a bin for organic waste (food and garden scrap); a bin for plastic, one for metal, and one for glass. There is also a bag for paper products and another for ordinary non-recyclable garbage.