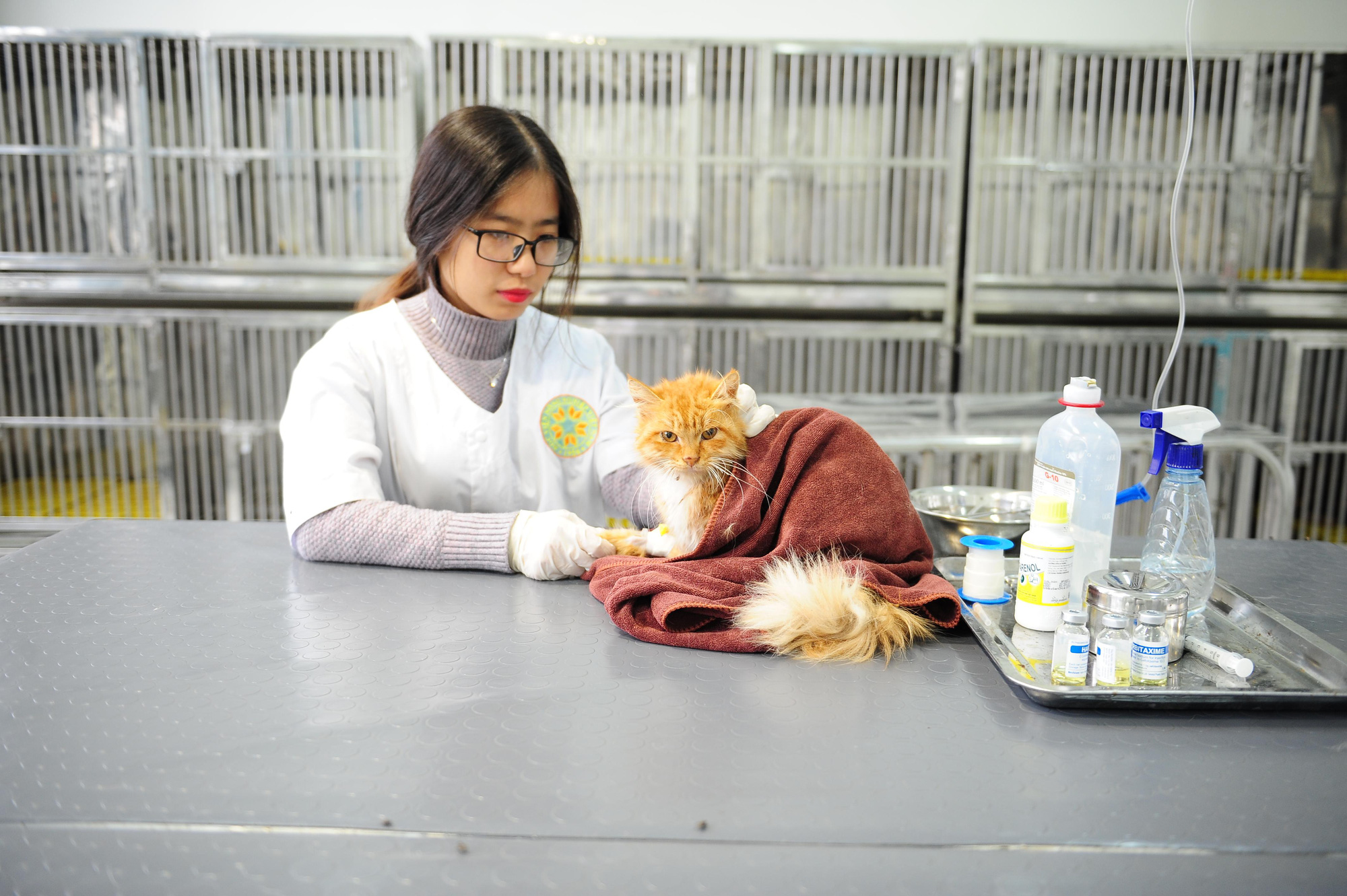 Editor's note: Mark Barnes is a freelance journalist currently based in Hanoi, Vietnam. He sent this piece to Tuoi Tre News as many foreigners in Vietnam have left or considered leaving for their home country owing to the financial toll of not being able to find work in times of the novel coronavirus disease (COVID-19) pandemic. Many countries have also urged their citizens to return home while it is still a feasible option in light of travel restrictions and border lockdowns being rolled out by governments across the globe.

Animal shelters in Hanoi have registered a spike in new arrivals as COVID-19 border restrictions force foreigners to return home leaving behind their four-legged friends.

“Some of them actually look into the procedure to take them back home lawfully. But the thing is no airlines are taking animals on their flights anymore,” said Trang Nguyen, a coordinator at Hanoi Pet Adoption.

The cost of taking an animal overseas can, therefore, run into the hundreds and even thousands of dollars.

Dominic Fourie, an English teacher from South Africa, was forced to leave his cat, Mango, behind when he returned home in March.

“I had been fostering her for a month after my housemate, who rescued her, had to return to the UK,” he said.

“I felt very sad to leave her because I was planning on keeping her. Unfortunately, the situation just kept on getting worse and without an income, I couldn't afford to pay for her vet bills.”

As a result, Fourie was forced to try and find Mango a new home.

“I did not contact the shelters, as I am aware that they already have their hands full, so I didn't want to burden them even more.”

Instead, Fourie went online to search for a new owner.

“Fortunately, I found it quite easy to get her adopted. The local Vietnamese community was very supportive and within 15 minutes I had several people that were interested in adopting her," Fourie said.

"I actually expected people to troll and judge me on Facebook for leaving her behind and giving her up for adoption, but that wasn't the case at all.”

Nguyen agrees that there is a level of understanding in the community that the current circumstances are unprecedented.

With travel restrictions changing almost daily, it has been a tumultuous time for foreigners living and working in Hanoi.

Over the past few weeks, many countries have urged their citizens to return home.

In this context, Nguyen said that suggesting pets have been abandoned is far too strong of a statement.

“I wouldn't use the word 'abandoned' because I have seen many posts where they try to find foster homes or new adopters for their dogs and cats,” she said.

“They seem to love the pets so I guess they'll try anything to at least find a foster home… until they can return.”

The reality is, Nguyen went on to say, that finding adoptive parents for animals comes with its own unique set of COVID-19-related challenges.

She said that many people are afraid that animals can transmit the coronavirus.

“They know that dogs have coronaviruses and they think it is the same type of virus that we are facing now,” she said.

The World Health Organization, however, has been quick to rebuke these ideas.

“While there has been one instance of a dog being infected in Hong Kong, to date, there is no evidence that a dog, cat or any pet can transmit COVID-19,” it said.

Adoptions, however, are not the only means by which the Hanoi Pet Adoption finds spaces for homeless cats and dogs.

A foster program the shelter runs has proven popular with Hanoians who are currently out of work and short of money.

“Fostering requires less responsibility. They mainly take care of the pets and cover the food but we cover the vet fees and the healthcare treatments,” said Nguyen.

These placements are only temporary but suit a part of Hanoi’s expat community that is largely transient.

Helena Leech, an English teacher from the UK, has been a serial foster parent to many animals since arriving in Hanoi.

She said she could not commit to settling in Vietnam long enough to raise an animal, but that the short-term fostering arrangements have worked well for her.

Currently, Leech is fostering a mother cat with four kittens.

“I was volunteering at the shelter and she was one of the cats that were there and I just ended up falling in love with her,” she said.

Leech’s previous fosters have been a dog and two kittens.

She said that she has grown very attached to all of them and giving them away when they are finally adopted has been emotionally taxing.

“It's so horrible. I've cried every time,” she said.

But she also said seeing a foster pet find a permanent home is very rewarding.

“It's really nice and I still stay in contact with the people that the fosters have gone to," Leech said.

"I still get updates and lots of photos and I still go and see the dog.”

Pets around the world are feeling the impact of COVID-19 as uncertainty around their relationship with the disease persists.

That said, the Hanoi Pet Adoption has noticed a marked change in the past week.

Where inquiries at the shelter had dropped down to almost none. This week, Nguyen said, they have received about ten.

This is hopefully a sign that life for Hanoi’s pets may be returning to normal.

With a bit of luck, this will foreshadow the same for Hanoi’s human inhabitants, too.