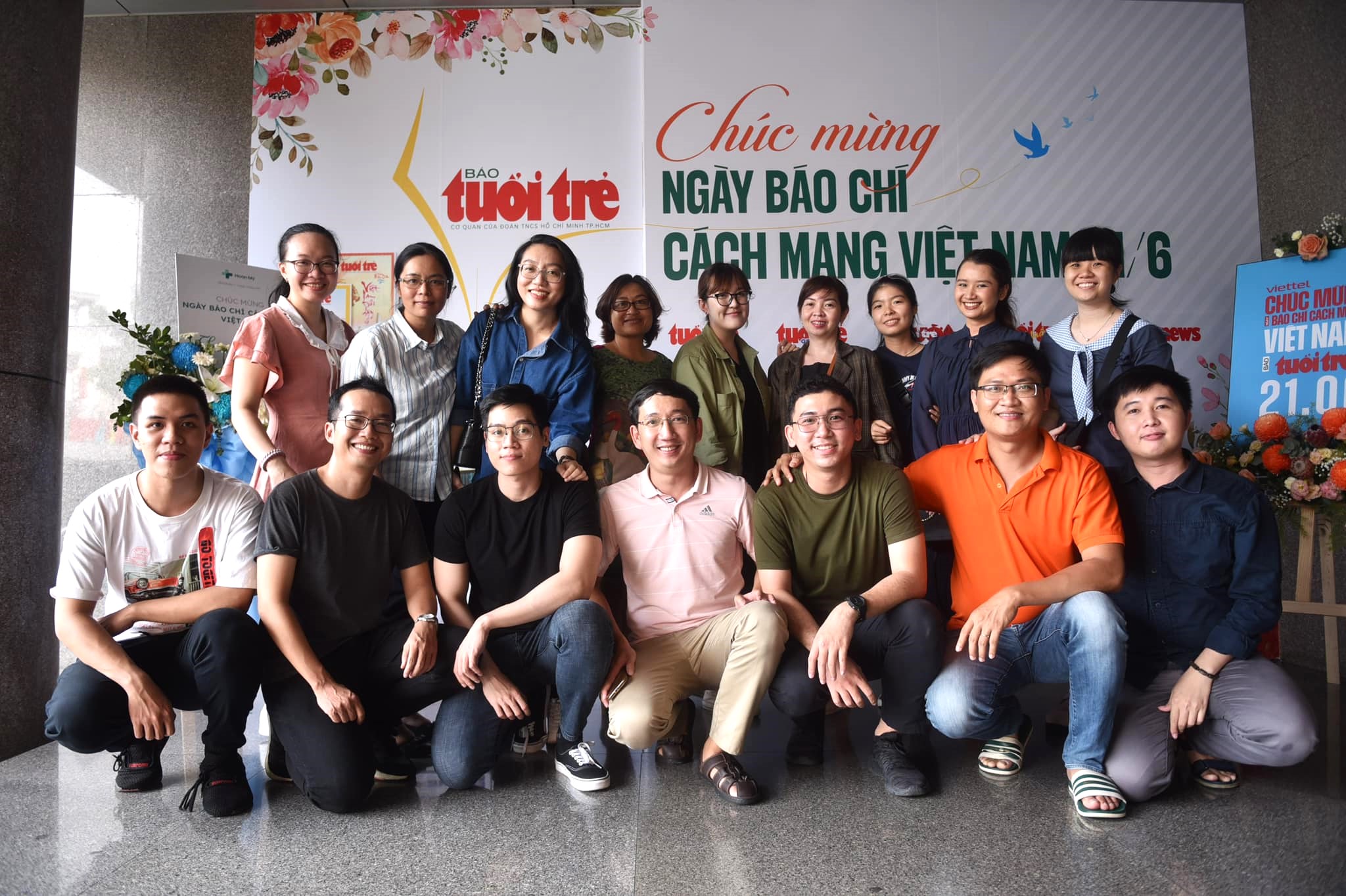 Today marks the twelfth anniversary of the inception of Tuoi Tre News, the English-language publication of Tuoi Tre (Youth) newspaper targeting readers in Vietnam and overseas.

The original editions contained articles from the Vietnamese-language mother publication translated into English, expanding over the years to feature original English-language content.

During the height of the COVID-19 pandemic, I had news funneled through to me from a boatload of sources around the globe, but I recently streamlined, deciding to use Tuoi Tre News as my main source

I also enjoy the distinctive, offbeat cultural tidbits in Saigoneer and The Smart Local Vietnam, so that rounds out my daily reading.

When Tuoi Tre News contacted me nearly five years ago to contribute about expat life in Vietnam, the mandate was -- in these very words:

“Just write about whatever interests you in Vietnam.”

My reaction was: “Holy smokes! That’s the ceiling of the Sistine Chapel (which took Michelangelo four years to paint), everything fascinates me here.”

My life’s work! And, who knows, it may well turn out to be so.

My articles are not mainstream, superficial ‘cocktails on the beach’ material, the objective being to dig down a few layers to uncover and explore a reality that is less obvious, revealing what lies beneath the surface.

From the little old lady selling cauliflower to how bun bo Hue is the nectar the gods were suckled on (an epic Anthony Bourdain line), and why we desperately need a high-speed rail solution linking north and south sooner rather than later, I’m enthralled by it all.

And Tuoi Tre News has been true to their word, open-minded all the way, having published well over 100 of my pieces as submitted, with only three articles refused.

Occasionally, the newspaper has translated my offerings into Vietnamese so locals can see the expat perspective, and I’d like to see more of that in the future.

Regarding the hard news in Vietnam and around the globe, I can’t ever recall a more interesting era than the one we’re now in. Media coverage has morphed from newscasters and journalists rattling off headlines into a much more customized, multimedia, real-time experience.

The global definition of truth is in question as never before, with terms such as ‘alternative facts’ (used to be called good old BS) having popped up in recent years, while people ‘misspeak’ (misrepresent and distort the facts, then later retract their statements, formerly known as caught in a lie).

For me as a reader and a writer, it’s all about the truth, and without the facts the news isn’t worth a hell of a lot.

I’m grateful to live in Vietnam where the lines are clearly drawn, and freedom of speech is not misconstrued as the right to yell ‘FIRE!’ in a crowded movie theater when nothing is actually burning.

The right to express opinions is one thing, stating them as fact is quite another.

The truth is not up for a vote, either it is or it ain’t; there is no such thing as ‘half pregnant.’

For my money, Tuoi Tre News is committed to finding and reporting the true story based on relevant and salient facts, minus all the fluff.

The publication’s focus of late has been on how the economy in Vietnam has recovered from the pandemic and is back on its torrid pace for the most part, with domestic tourism booming while international lags behind (hopefully the visa situation will improve soon).

The paper covers much more than just the daily news grind -- readers can find content centering on seemingly innocuous little slices of life every day, which are often the most fascinating news items.

The most intriguing piece ran this past week, penned by a woman from Ho Chi Minh City who worked in banking for many years, then scored big as the stock market has jumped during the last couple of years.

She said “Screw this rat race!” and took off for a coastal break, then ended up abandoning the big city altogether to start anew. It’s not the movies or a novel, it’s all real and relevant, with many people questioning the price of progress and whether it’s really worth it after all.

Imagine the younger generation in a developing country like Vietnam putting all the traditional values in question and bucking the trend!

Will that woman’s exodus turn out to be a sabbatical, after which she returns to her previous life, or will the allure of a peaceful country life triumph after all, leading to a second career selling seashells by the seaside?

Another recent piece about vendors encroaching on streets and sidewalks in Ho Chi Minh City struck a nerve with me as the topic always does.

Those vendors are your culture and must never be abandoned at any cost.

I hope the day never comes in Vietnam where one street and neighborhood look like any another, the small businesses pushed out of the market by high-powered corporations.

Screw fretting over cars and designing around them, some creativity and good planning will reveal how and where to drive and park them, marry them up with public transit solutions, and even lead us back to the habit of actually walking places.

Neither of the above stories are high-profile breaking news, but they’re relevant, capturing the pulse in Vietnam.

I’d love to see more international perspectives from overseas Vietnamese and their lives abroad, as well as foreign fans of Vietnam and their anecdotes. What’s it like to be Vietnamese in Paris or Prague?

There are also legions of foreigners overseas who are big fans of Vietnam, burrowing their way into Vietnamese communities in their home countries, with great anecdotes arising from their adventures.

Nearly two years ago, Tuoi Tre News started a new English-language publication under its umbrella called ‘Vietnam Life,’ focusing on culture and tourism around the country.

Of course, there is plenty of bad news too, but instead of putting on rose-colored glasses Tuoi Tre News spans the entire news spectrum.

I was saddened by an exposé on bar girls (known as ‘flying girls’) in Vietnam a couple of years ago, but it was insightful to see things how they really are.

Another article about sham marriages between Vietnamese and Americans gave me a jolt, although I lived in the U.S. for many years and am familiar with the delusions of grandeur many foreigners have.

Then, when the COVID-19 pandemic came and we were all starving for reliable information and real-time statuses, Tuoi Tre News turned over every damn stone, no details spared.

Last week a story ran in Vietnam Life about Hai Phong’s food scene, but with a special twist: City administration has implemented a food map indexing the entire array of local dishes.

Talking to the Tuoi Tre News team, I learned that Vietnam Life will be expanded to include even more travel content, including off-the-beaten-path adventures, while food coverage will also be fluffed up to include reviews of restaurants and their featured dishes.

Perhaps most exciting of all the developments coming down the pike is a YouTube channel, which is slated to start up this year.

With that in mind, be sure to dress nice and spiffy when you’re out on the town, you never know when you’ll bump into the Tuoi Tre News multimedia team at your favourite hole-in-the-wall or street food stall!