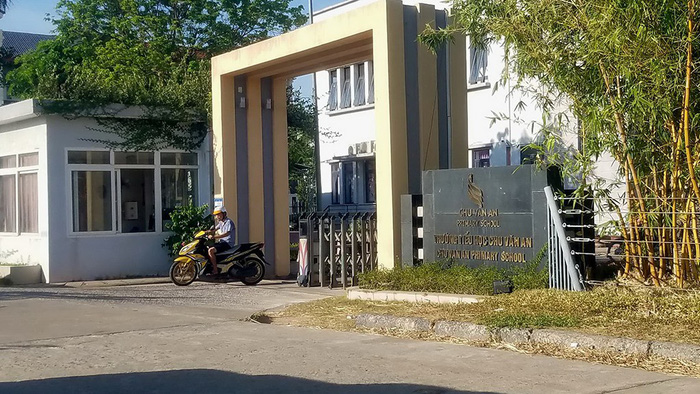 A school in central Vietnam has been found to require teachers to give five years’ notice before leaving, or pay a year’s worth of their income as ‘a contract-breaking fee’.

Those who cannot afford the fee will have the original copy of their bachelor’s degree, which they surrendered to the school during job application, held as ‘collateral,' according to some teachers at Chu Van An, a private middle school in Dong Hoi, the capital of Quang Binh Province.

One of these teachers, Bui Thi Ha My, had been employed by the school for over a year when she handed in her resignation letter in April.

To her surprise, the school board declined her request on grounds that she had not given them 60 months’ notice as agreed upon in her work contract.

If she insisted on quitting, My would be subject to a contract-breaking fee 12 months' worth of her highest monthly wage in addition to a repayment of all her insurance costs covered by the school.

In total, My would have to pay the school more than VND60 million (US$2,600) to quit the job, she told Tuoi Tre (Youth) newspaper.

Not until the money has been fully paid will she be handed back the original copy of her bachelor’s degree, which the school is keeping as ‘collateral,' My added.

“The money that I’m made to pay is even higher than how much they paid me over the course of my time working there,” My said.

“I would essentially have worked for nothing if I had agreed to pay the amount. That’s just absurd,” she added.

The school where My works belongs to the Chu Van An Education System, a privately-run company which offers education from elementary to high school levels.

Many teachers employed by the school franchise are also facing the same hurdles leaving their job.

Some of them, including My, have opted to give up their bachelor’s degree and seek new job opportunities where a degree is optional.

“When I signed my work contract, I thought [the five years’ notice requirement] was the same at every company,” said Phan Thi Quynh Thi, who taught English at Chu Van An.

“Not until I wanted to resign did I realize there are so many terms in the contract that are in direct violation of Vietnamese labor law,” she said.

According to Le Cao, a lawyer from the Da Nang Bar Association, employees in Vietnam are only required by law to give the employer 45 days’ notice of their resignation.

If they unilaterally terminate the labor contract, only half a month’s worth of salary must be paid to the employer, only if the notice period requirement is met, he said.

Therefore, the terms in labor contracts signed between the Chu Van An Education System and its employees are legally void due to violations of the law.

With that in mind, schoolteachers can take the issue to court to protect their rights, the lawyer advised.

“I will have the issue inspected immediately,” he said.

'For me, it is a great advantage to live in an environment where I can often speak English with local people or those who speak it fluently and naturally'