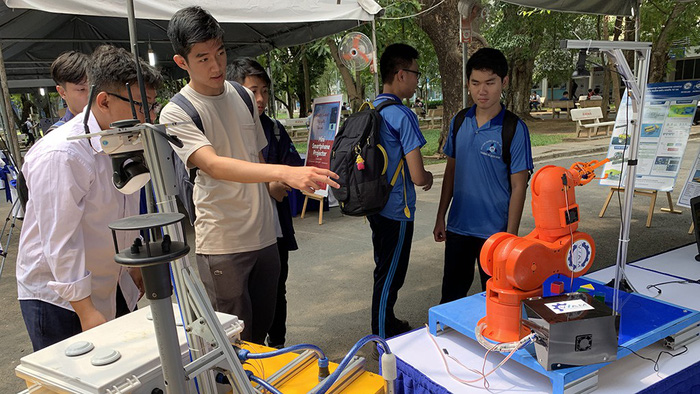 The Vietnam National University-Ho Chi Minh City (VNU) has announced a new policy allowing outstanding undergraduates to start taking master's courses in the third and fourth years of their first-degree program so as to finish both levels at the same time.

It is one of the two largest national university groups in Vietnam and consists of six member universities and one institute, in addition to a publishing house, centers, and other research units.

Students pursuing a bachelor’s degree at one of the member universities of the VNU will be allowed to study for a master’s degree before finishing the undergraduate program, shortening the time needed to complete both.

According to Associate Professor Vu Hai Quan, VNU vice-director, this regulation is only applied to students of the member universities and institutes but it is not applicable to participants in joint programs run with foreign universities, most of which would later require the enrollees to study abroad.

Students of honors programs are also eligible to pursue a master’s degree along with a bachelor’s degree.

Currently, an official duration of the new program ranges from 4.5 to 5.5 years, in comparison with the usual undergraduate program that usually takes from 4 to 5 years.

According to the current regulation, students are allowed to prolong their studies by up to 36 months.

According to the VNU's graduate department, undergraduate students in the third or fourth year of college with outstanding academic performance can apply for master’s degree courses, instead of having to take an exam before starting graduate school.

To qualify for application, students have to attain a minimum GPA of 7.0 out of 10 and are pursuing a suitable major.

However, the number of undergraduates accepted into graduate programs cannot exceed 50 percent of the graduate school’s enrollment quota.

Assoc. Prof. Quan emphasized that the new two-degree program allowing students to graduate with a bachelor’s and master’s degree needs to be updated regularly in order to conform to VNU regulations.

The VNU intends to design another program permitting students to graduate with a double bachelor’s degree from two different majors.