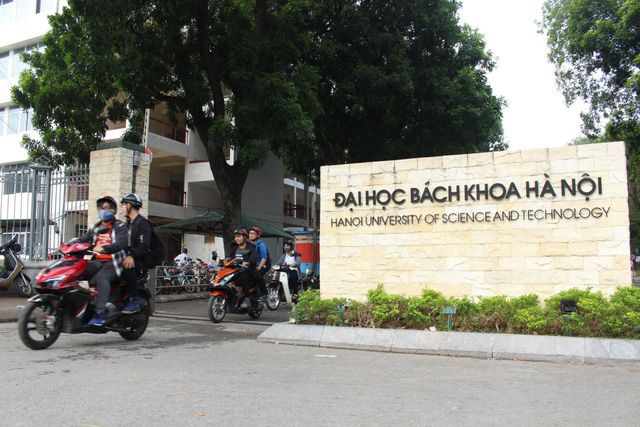 For the first time, Vietnam has three universities ranked in an international league table put out yearly by a British weekly magazine.

Touted as “the largest and most diverse university rankings ever to date,” it uses 13 "performance indicators" to judge institutions' excellence in teaching, research, income and international outlook.

The former two institutions were ranked in the 801-1,000 range, while the latter was placed in the 1,001+ group in overall scores.

Among the three Vietnamese universities, HUST scored best in citations, while VNU-Hanoi led in teaching, research and international outlook, and VNU-HCMC was the pack’s leader in terms of industry income.

It was the first time the three institutions had been included in the Times Higher Education rankings.

There was no change at the top this year, where European and North American universities continue to dominate.

The University of Oxford took the top spot for the fourth year in a row, with its traditional rival University of Cambridge - both from the United Kingdom - dropping to third place behind the California Institute of Technology in the United States.

Switzerland was the only country outside the UK and North America to break into the top 20, with the ETH Zurich coming in 13th place.

Brunei, Cuba, Malta, Montenegro, and Puerto Rico all saw institutions represented for the first time in the global university league table besides Vietnam.

Times Higher Education requires that institutions publish at least 1,000 academic papers over a five-year period, teach undergraduates, and work across a range of subjects in order to be included in the rankings.

The U.S. had the most representations in this year’s table with 170 institutions ranked, followed by Japan and the UK with roughly 100 each.

HUST Chancellor Dr. Hoang Minh Son told Tuoi Tre (Youth) newspaper that research-oriented universities in Vietnam should participate in such globally recognized rankings when they feel confident enough, but these rankings should not be something to go for at all cost.

Each ranking judges participating universities on a different set of criteria, so being included in one does not inherently mean an institution is better than others not on the list, Son said.

Getting ranked is a chance for institutions to reflect on their strengths and shortcomings and use that knowledge to improve the quality of their academic training and research, he added.

Initiated in October 2016, the project covers an area of 50.5 hectares