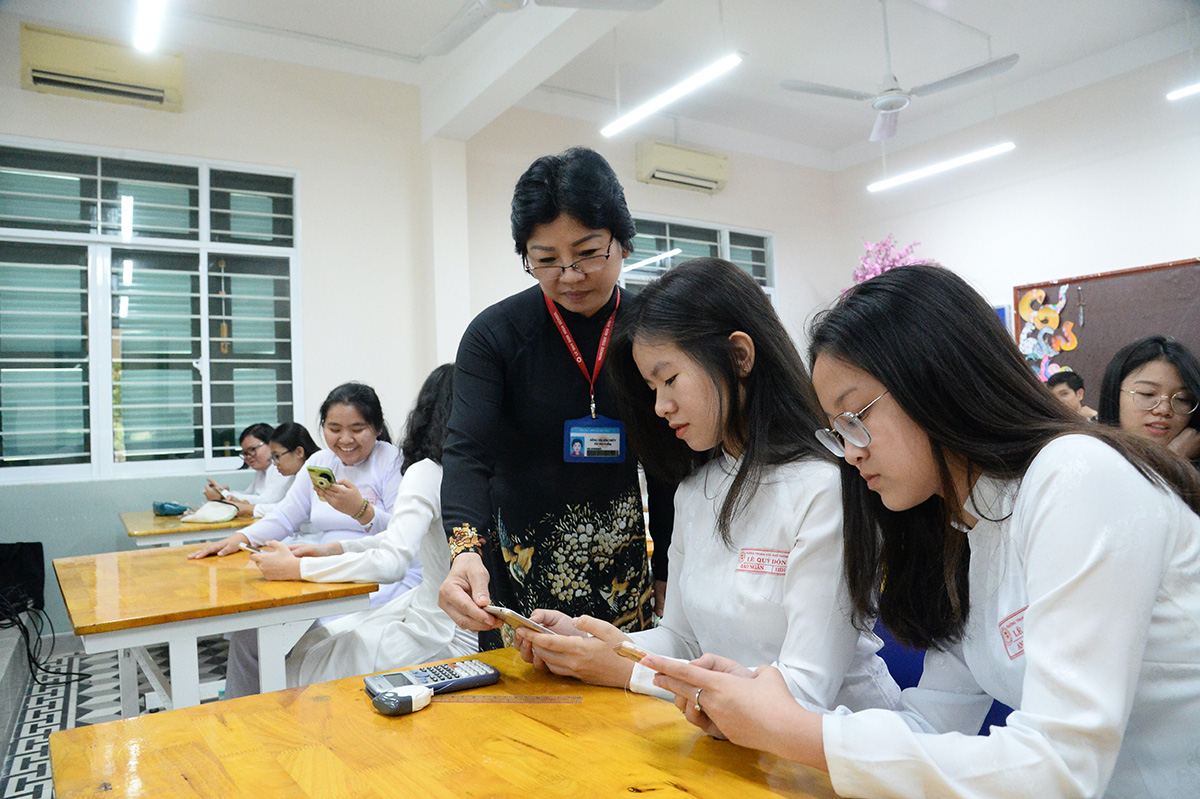 Students in middle and high schools in Vietnam will be allowed to use their mobile phones in class for educational purposes, according to a new charter.

On Tuesday, the Vietnamese Ministry of Education and Training adopted a circular which sets out a new charter for middle schools and high schools across the Southeast Asian nation.

The circular, which is slated to take effect in early November this year, lifts an earlier outright ban on the use of mobile phones in class.

In this regard, Sai Cong Hong, deputy director of the ministry’s Secondary Education Department, told Tuoi Tre (Youth) newspaper that the change aims to be aligned with the application of information technology in teaching.

“Students are allowed to use phones during class time, but only to serve learning purposes with their teachers’ permission,” said Hong, who added that the use of smartphones in the teaching and learning process is necessary.

In some practical situations, he said students need to use several features of their devices in order to fulfill their learning needs, such as to look up information and browse reference materials.

The new rule has raised public concern in Vietnam over its supposed “detrimental” effects on students.

Anh Hoa, a Tuoi Tre reader, commented that students should not be allowed to use mobile phones during lesson time no matter the reasons.

The reader said it would be impossible for teachers to supervise students’ use of their devices to make sure it is for the right purposes.

Worse still, Hoa said, students will become reliant on online knowledge and information whose accuracy has yet to be verified.

Nguyen Bich Trang, the mother of a sixth grader at Tran Van On Middle School in District 1, Ho Chi Minh City, told Tuoi Tre that the school has banned students from using mobile phones within its campus since the beginning of the 2020-21 academic year.

“The new rule by the Ministry of Education and Training gives parents like me a shock,” said Trang.

“Allowing students to use modern devices, including computers, tablets, or smartphones, is an inevitable need of today’s education, but I don’t think it is necessary for students to bring their phones into class to apply modern forms of teaching,” she explained.

The principal of a high school in the city’s Tan Phu District said, “We have banned students from using their mobile phones at school because they bring much more harm than benefits.”

The head teacher feared students would use their phones to set up gaming sessions with their peers after school, chat online in class, or arrange fist fights when there is conflict among them.

“Students will also sneakily visit their Facebook accounts or play games in class. It would be tough for teachers to supervise their students, due to overcrowded class sizes,” said the principal.