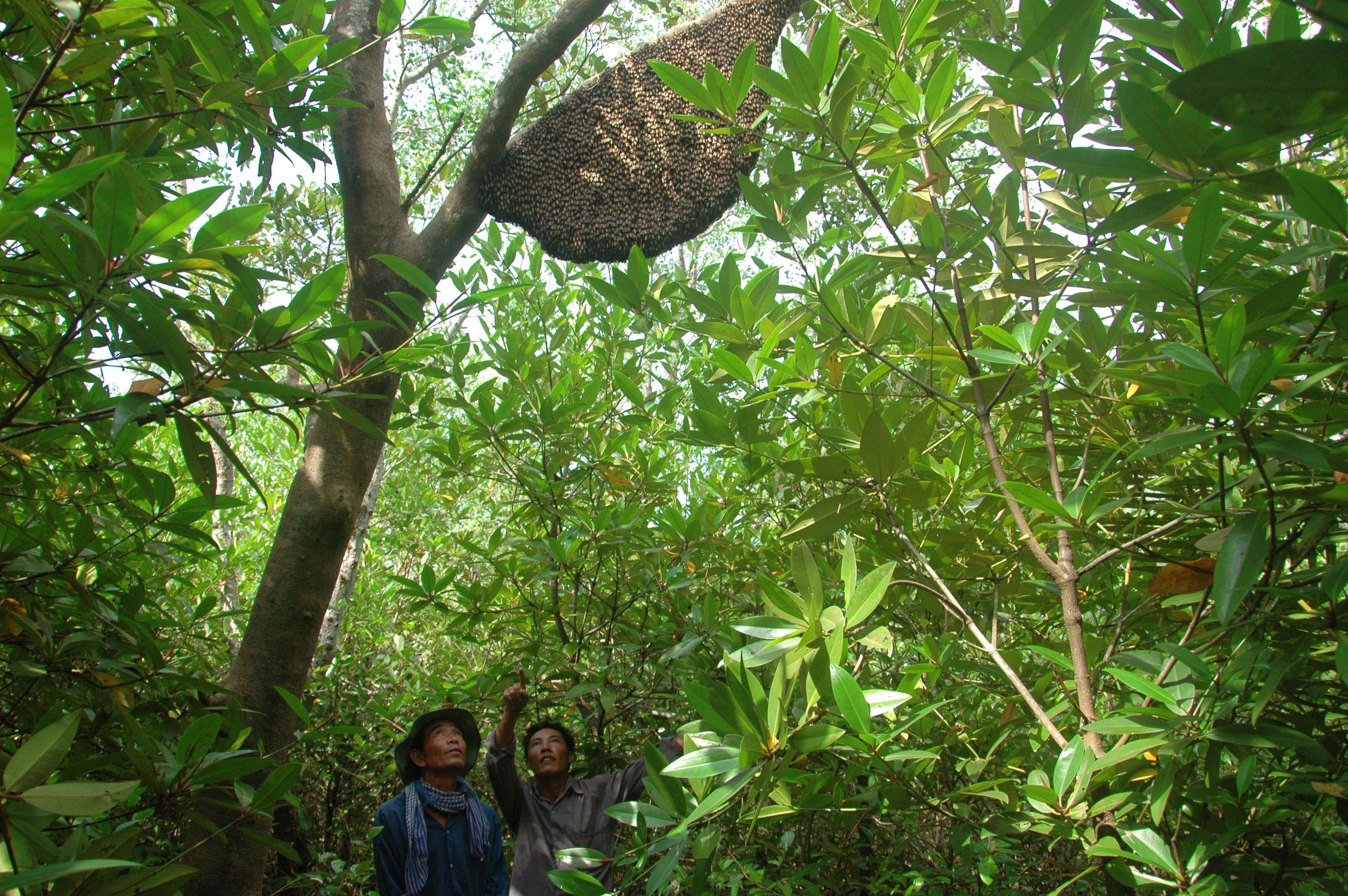 Unlike several years ago, when locals in a Mekong Delta province exploited their marshy forests to an alarming extent, many of them now grow trees for their own sake and environmental purposes.

In recent years, the marshy forests in Thanh Phu District’s Thanh Phong Commune in Ben Tre Province have put on a new coat with lush trees and other vegetation.

Parts of the forests which serve as protective forest protrude over 20 meters into the sea every year.

In those days, large expanses of the Thanh Phong marshy forests were indiscriminately felled for wood and firewood or to make room for shrimp ponds and vegetable farms.

In 2006, locals rushed to dig for “sam dat” (a worm-like animal), which were sold in bulk to Chinese traders or to local restaurants as a delicacy and supposed sexual vigor booster.

Thanh Phong forests writhed as scores of trees were felled and uprooted for the invertebrate.

Nguyen Van Xuan, who is in charge of strictly protected forest patches and works under the commune’s Management of Protective and Specialized Forests, recalled that safeguarding the forests back then was tremendously challenging, as tree fellers defied patrols and were particularly active at night.

Things did not improve until 2009, when the Thanh Phong Commune People’s Committee trusted locals with taking care of certain forested areas.

They formed a forest protection team of 10 members, who are war veterans and residents committed to the cause.

They are paid a monthly salary, though it is only enough to buy fuel, and tasked with providing competent agencies with tip-offs as soon as they detect offenders.

The team also conducts daily patrols at different times to prevent tree fellers from setting up.

Members of the team who regularly go night fishing can easily detect perpetrators who are active when it is dark.

Nguyen Van Tuat, a member of the forest protection team, said, however, his group focuses more on improving locals’ awareness of forest protection and climate change, rather than reporting offences for penalties, by organizing monthly classes for locals to attend.

After several courses, the awareness of climate change began to improve and the risks of rising sea level in the area started lessening, bringing about positive results.

Residents assigned to the forests are entitled to 90 percent of the wood volume from the branches which they trim.

They are also allowed to grow vegetables and farm aquatic products on stretches which account for around 30 percent of the allocated forested areas, and benefit fully from the harvests, Khang added.

These efforts made by the local government, forest protection teams, and residents have paid off, as foresting and farming in assigned forested areas provide locals with additional income and have considerably improved their lives in recent years.

Nguyen Van Khang, another member of the forest protection team, showed Tuoi Tre (Youth) newspaper reporters a large honey bee hive, which has sat perched on an old tree for over a year now.

He added he will strive to make the bees, which hail from the southernmost province of Ca Mau, multiply in numbers.

Two local farmers are seen harvesting produce in a Thanh Phong forested area which has protruded into the sea. Photo: Tuoi Tre