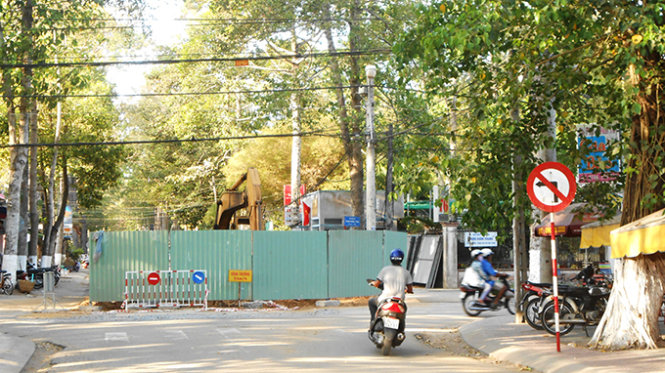 Introducing an evergreen haven for trees in southern Vietnam

Authorities and residents in a Mekong Delta city have nurtured and safeguarded their trees over the past 20 years or so.

The intriguing stories of growing and protecting trees in Tra Vinh are highlighted amidst the raging public outcry against a hasty plan put forward by Hanoi authorities to fell 6,700 trees from 2015 to 2017 at an estimated cost of around VND60 billion ($2.82 million).

Tra Vinh, the capital of the eponymous province in the Mekong Delta, is considered “a jungle city” or “Da Lat of the Mekong Delta” thanks to its thousands of lush trees.

The green does not come without effort, particularly on the local government’s part.

“Though several retired years ago, their tree-cherishing philosophy remains fixated in their successors. The retired leaders and residents will certainly voice fierce objections if we lop trees haphazardly,” he noted.

The provincial leaders convened a meeting on Friday and discussed whether they should have hundreds of aging trees chopped down and replaced with young ones.

The matter needs thorough field inspections and close consideration before a decision can be reached, Phong stressed.

To make sure the city’s streets are always lined with lush, old trees, developers of public works and construction sites are required to adopt approaches to avoid felling or cutting trees.

The provincial branch of the Bank for Investment and Development of Vietnam, better known as BIDV, has “co-lived” with three “dau” trees on its premises for almost 10 years.

Phong recalled that in 2006, when he served as director of the provincial Department of Construction, he surmised based on the bank’s construction map that several trees would be felled.

He commanded that the construction work be halted unless the bank could provide another design which ruled out tree felling.

Pham Quang Tien, director of the provincial BIDV branch, divulged he had to adjust the drawing in compliance with Phong’s command.

However, no matter how hard they tried, the drawing could not steer clear of three trees.

Tien thus decided to retain the three trees within the bank’s premises.

The provincial branch of the Bank for Investment and Development of Vietnam, better known as BIDV, has “co-lived” with three “dau” trees on its premises for almost 10 years. Photo: Tuoi Tre

Several of the city’s infrastructure facilities, such as underground sewage systems, are also designed so that they do not hamper the tree roots’ growth.

Under an urban sewage system project sponsored by Germany’s KfW Development Bank, the traffic lanes of several streets in the city are currently dug up so that the pipes can be installed.

According to architect Nguyen Quoc Thinh, head of the architecture and planning office under the provincial Department of Construction, it took quite a long time for the project, which underwent research in 2005, to gain approval from the provincial leaders and competent agencies.

Though digging on sidewalks, which adversely impacts trees, is cost-effective and easier to implement, a consensus was finally reached to carry out the digging and install pipes on the traffic lanes to avoid disrupting the tree roots, Thinh noted.          He added that the investor of the expansion of Son Thong Street also had to re-adjust their plans to stay clear from a century-old “dau” tree in August last year.

The re-adjustment incurred additional costs, but the tree’s survival is a worthy reward, Thinh stressed.  According to statistics provided by the Tra Vinh Urban Works Co., Tra Vinh is currently home to 59 streets which are lined with almost 15,000 trees of 33 species.

Ho Van Tri, the company’s director, said the provincial leaders have paid particular attention to growing and protecting trees over the years.

“Back in the 1990s, a number of locals cut off the bark of ‘sao’ trees for firewood. The provincial People’s Committee then instructed the local police to track the locals down, raise their awareness of tree protection, and provide them with financial aid so that they would not repeat similar offences,” Tri recalled.

The People’s Committee has recently earmarked a European-funded package meant for canal dredging for tree caretaking instead, he added.