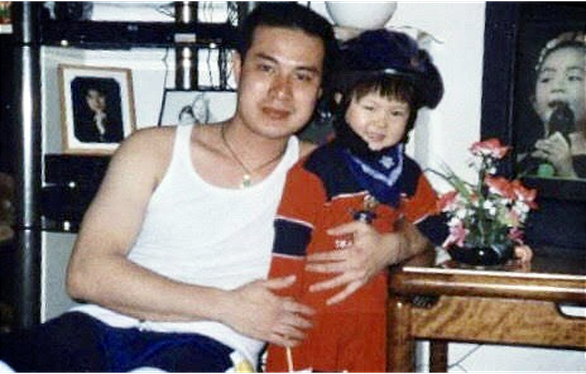 A British professor in two chance encounters heard a Vietnamese cabman talk about the daughter he lost touch with for years and was able to make their life trajectories cross again.

One day in early June last year, Richard Kilborn, an honorary professor at the Scotland-based University of Stirling, took a taxi in front of a hotel to get to the Vietnamese college where he would have a lecture.

What followed seemed to be guided by destiny.

Prof. Kilborn recalled that the cabman, whom he later knew as Nguyen Manh Hung, asked him whether he could speak German, and he gave a positive answer.

Hung said he has a daughter named Dania Bui, born on March 10, 2000, and believed she has lived in the city of Roseinhem in Germany’s Bavaria federal state, Kilborn recollected.

He left the child when she was four years old for private reasons and they had since been completely out of touch.

Listening to the story, the Briton thought it was just an icebreaker in a friendly talk between strangers.

But on the same day after hailing a taxi, he met Hung again and the cabby once more time told him about the daughter in Germany and expressed his desire to see her again.

Kilborn felt an unfathomable urge to help the driver, promising he would do his best to make the cabby’s wish come true, the foreigner recalled.

In search of stranger’s child

Having returned to Scotland, Kilborn began to find the acquaintance’s child, and called it ‘Rediscover the Long-Lost Daughter.’

The British man has a good knowledge of Rosenheim as he lived for around three years in Bavaria.

He used the information that Hung provided about the daughter’s birthday and name to arrive at an educated guess that she should be a last-year student a local high school.

He hit a Google search button and found a sixth-year student with the same name there, he said.

Filled with happiness, he immediately penned a long German letter to the student, saying her father had been finding her to no avail over the past many years, he recalled.

Three weeks later, the girl responded via Facebook Messenger that she was Dania and she was extremely happy, he said.

But the difficulty was not over yet.

Kilborn had no information in mind about Hung other than his name, birthday and the rides taken on August 6 last year.

The foreigner barely remembered the taxi operator but could vaguely recollect the corporate logo on the vehicle.

He spent many days finding Hung on Facebook in vain before asking for assistance from a Vietnamese interpreter known as Nguyen Thi Thu Huong.

“Hung burst into tears while answering the phone because he didn’t believe it was real,’ Huong said, referring to the news that his daughter had been rediscovered.

“I believe kindness from Richard inspired me and others with love and hope about life,” she added.

Hung was unable to fight back tears after getting a message Kilborn passed on from his daughter, reading ‘I want to see you, Dad.’

“I sat silent and tears just kept spilling from my eyes. I had never thought I could one day see the words from my daughter again,” Hung said.

“I met Richard for a very short time and didn’t mean my story to be taken seriously. But he enthusiastically found my daughter for me with such scant information.”

Hung said he left the child to his wife’s care in Germany in 2004, when his marriage failed over money matters.

He went back to the fatherland of Vietnam and visited his wife’s hometown on the off chance of having news about their daughter.

All his nine visits ended up in failure, he said.

Hung recalled he summoned up his courage to send a message to the child and felt indescribable bliss when receiving ‘Papa’ from her.

The father and daughter exchange text messages and photos on a daily basis but he believes that is not enough for her to understand the situation that he and his wife have found themselves in.

But he said his love for the child would make that possible.