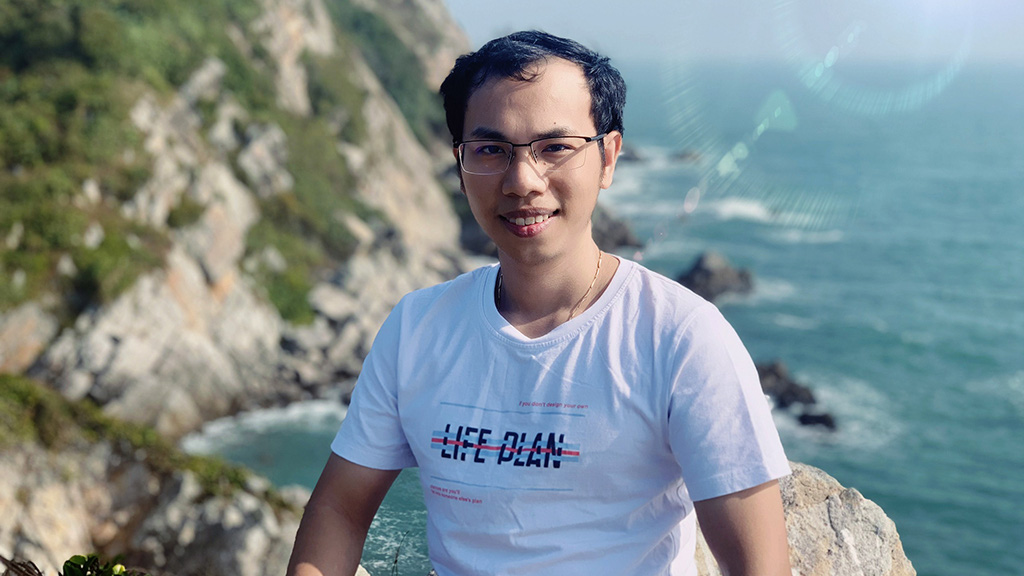 Rising from his humble beginnings as a parking lot attendant, entrepreneur Le Anh Tien has since made a name for himself as one of Vietnam’s top techies thanks to his thriving US$1 million trading chatbot platform.

Tien's journey from parking lot attendant to CEO of Chatbot Vietnam, a company which develops interactive agents with artificial intelligence (AI) capabilities to help retailers convert, activate, and engage traders and customers, has been years in the making.

The company, which began with three founders and an initial capital of VND1 billion ($42,500), has grown to a $1 million dollar company that controls the majority of Vietnam’s chatbot market.

After graduating from university, Tien spent several years bouncing between jobs, first as a parking lot attendant, then as an importer.

Eventually, with the help of two partners, he launched a hi-tech café.

That café would later springboard him into his role as CEO of Chatbot, a concept that made its presence known in Vietnam in 2017 when it became the country's most successful automated customer service solution.

"The idea just popped into our minds one day," Tien shared, adding that his team’s primary goal was to build a customer support platform that placed end-user experience at its core while helping businesses reduce costs without sacrificing quality.

But the road to success was not easy for Tien.

"I spent most of my waking hours juggling [Chatbot] and my job at another company. Most nights I was lucky to get just three or four hours of sleep," said Tien.

With a chatbot, businesses are able to relieve their support staff of the monotonous, time-consuming tasks of answering the same frequently asked questions from customers so that employees can focus on complicated issues.

"Businesses are often left short-handed because their staff are busy responding to thousands of messages each day. This may put companies at a disadvantage because impatient clients may turn to their rivals after a long wait," Tien explained.

"Chatbot aims to boost corporate revenues and sales as our 'touch-and-connect' and 'touch-and-shop' features allow customers to access what they need immediately through our over-the-top [OTT] messaging applications."

According to Tien, the platform has also proven to help enterprises cut advertising costs by 40 percent while increasing their revenues by 20 percent.

Now, after two years in operation, Chatbot boasts a clientele of more than 14,000 businesses along with ten million users from Vietnam, Taiwan, the United States, South Korea, and Japan, as well as one million unique interactions per month.

Tien's success was not without its hurdles, but he refused to let obstacles come between himself and his ambition.

"In the early days, the greatest challenge was to get users to switch to our fledgling Chatbot platform," Tien shared, adding that offering potential clients a free-of-charge trial was usually enough to lock them in.

"With sponsorship packages worth $80,000 from tech giants Facebook and Amazon, we could cover monthly retainers including server maintenance and advertising and provide support and training for our clients for nine months to get them acquainted with our product," he shared.

"They would be willing to pay at the end of the trial use if they are happy with the product," the young man added.

The three Chatbot co-founders now say they are hard at work keeping their product simple in order to avoid confusing their customers.

"Our toughest time was when Chatbot and other applications on Facebook were suspended for six months after Facebook users' personal data was leaked online. We put nothing to waste and took matters into our own hands by trying to transform our system into a data-driven platform," Tien recalled, saying his startup became independent from the U.S. tech giant's platform in late 2018.

The aspiring CEO says he owes his success to quality service, customer trust, and dedication.

Such attention to detail is part of the reason he was honored as one of the '10 Exemplary Vietnamese Youths' in 2019 by the Central Committee of the Ho Chi Minh Communist Youth Union this past March.

According to Le Anh Tien, Chatbot, in coordination with the Vietnam Youth Federation, has offered to support the country’s health declaration policy through an app called NCOVI, which also keeps people updated on the novel coronavirus disease (COVID-19) pandemic.

The platform provides users with a link to download the app and instructions on how to use it while constantly sending updates on the pandemic.

It also allows users to share and send invites to families and friends to make health declaration on text messaging platforms including Facebook's Messenger, Zalo, WhatsApp and Viber.

Vietnam has confirmed 268 cases of COVID-19, 177 of whom have fully recovered.

No deaths related to the disease have been reported in the country to date.