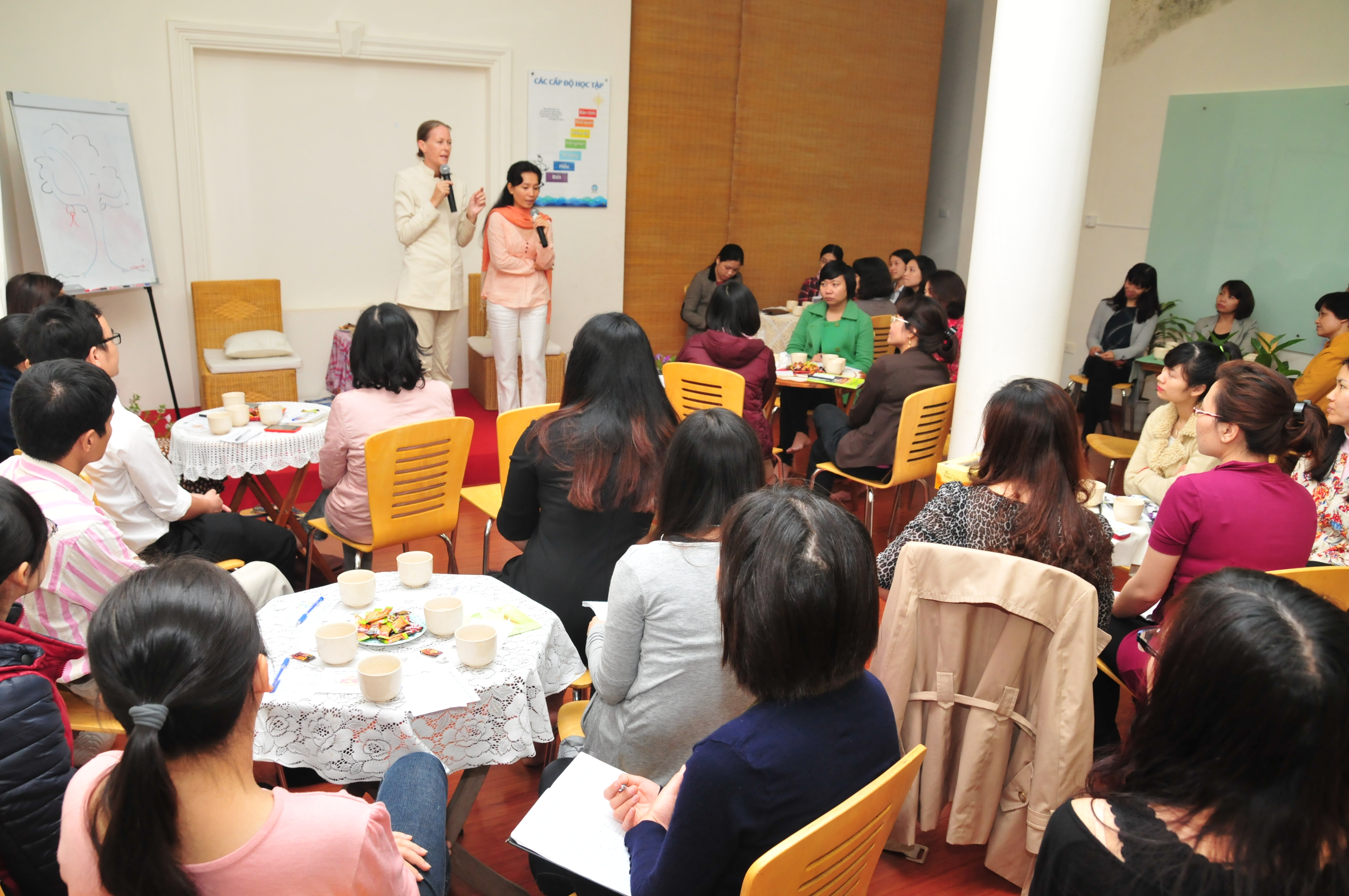 In 1998, Trish Summerfield, an educator from New Zealand, came to Vietnam to explore an opportunity to open the first nonprofit Inner Space center for emotional health.

Her idea was to stay in Vietnam for a few months, but she has now lived here for 21 years and counting.

Recently, Tuoi Tre News asked Summerfield to reflect on how Vietnam has changed over the last two decades since she arrived and decided to step into the field of positive thinking, anger management, and mindfulness in the Southeast Asian country.

Resilience remains, stress is up

Summerfield said that her first impression about the natural resilience and positive thinking of the Vietnamese people was something that has remained unchanged although so many other things having changed.

In her view, while in many other countries, people try to be resilient or tolerant, in Vietnam, the people do it naturally.

Summerfield recalled an incident many years ago when she was driving along a busy one-way street in Ho Chi Minh City and one lady on her scooter ran the red light, forcing about 40-50 people who had right of way to slam on their brakes.

To Summerfield’s surprise, no one honked at the woman except for her.

She looked around to see that everyone had continued on without even giving the red-light runner the evil eye.

When she got to work, Summerfield asked her colleagues what they would have thought if the situation had happened to them.

They looked at her and said, “We would just think she was in a hurry.”

For Summerfield, that was an example of true tolerance and understanding that the Vietnamese people naturally have for others.

“I’m from New Zealand and people there are known to be quite tolerant and they are really friendly. But, if you did that, people would get so angry and they would be beeping and shouting,” she said.

Another prime example of this virtue is during the novel coronavirus disease (COVID-19) pandemic, which has been an enormous challenge to everyone around the world and added more stress on the Vietnamese people in various ways.

However, Summerfield believes that Vietnam has been generous and supportive when taking care of its people and foreigners.

Admittedly, she said, the resilience and understanding level among the Vietnamese people has reduced a little bit over 20 years, but “it was so amazing and it is still amazing”.

What has changed? Ironically, for someone who has dedicated her whole life to helping people build their inner peace, Summerfield said people in Vietnam are now facing more stress.

“People might have a different perspective, but for me, 20, 18 years ago, I didn't see stress. Of course, there were so many challenges, but not in the way that I see stress like I see now.”

“Today, I see people that can't concentrate, people that are exhausted. Stress is big,” Summerfield said.

When Inner Space first started, the center had different classes for adults. Now, these classes are offered to children as well.

Through her work, Summerfield found that stress can happen to both adults and children, and can even be passed from parents to their kids as both sides have to deal with new challenges.

For young people, they are getting a sense of who they are from social media. Most often, that sense involves the external features rather than the internal.

This focus on the physical creates a lot of pressure on young people as they can now continuously compare themselves to others, Summerfield explained.

When Summerfield first came to Vietnam, the Internet was not so popular, and there was no social media.

In her memory, people back then were living in a simpler way and were able to express themselves a lot with one another by traditional communication.

Summerfield likes the culture at the coffee shops in Vietnam where people sit around chatting, eating, and meeting together.

For her, through these simple things they do and quality time spent together, people feel satisfied internally and emotionally.

Over the past 20 years, Summerfield recalled, family get-togethers in Vietnam have begun to involve more devices.

“About ten years ago, I went to a family's house for dinner. They had the TV on the whole time. The little boy was just glued to the screen,” she recalled.

The situation has only become more extreme lately.

Nowadays, on a Sunday morning, a family could be having breakfast in a restaurant and everyone would see the mother on her phone, the father on his phone and the girl, maybe five or six, on her iPhone or iPad, she said.

Although no one denies that social media and phones are important, Summerfield’s concern is the way people use them.

Social media has a direct negative impact on kids as well. Recently, Summerfield talked to a ten-year-old girl who thought she was fat and needed to lose weight.

The little girl could not stop using social media and every flip of her finger caused her to lose confidence in her own uniqueness.

Despite these recent changes, Summerfield hopes to see happy, stress-free Vietnamese families in the many more years to come for her in Vietnam.

“I think Vietnam has such a beautiful foundation of family culture. There is such enormous support for the children within the family and their extended family as they grow up,” she said.

“The children receive so much love and support from not just their parents, but their grandparents and aunts and uncles.”

She hopes that the value of that can continue, but one thing that could be reduced is the use of phones and social media.

Summerfield suggests that when people come to a family gathering, they should put aside their phones and just be fully present for one another while they are there.

This will help to nurture the children, she said.

The sense of being listened to and valued is important because as children get the full attention of the adults in the group, and when adults are giving full attention to one another, it is something very satisfying that helps people feel valued while reducing stress.

It is good for adults, and it is also good for children, Summerfield explained.

If people learn to practice this more often, then they can bring about great change within their families and the whole country as well.