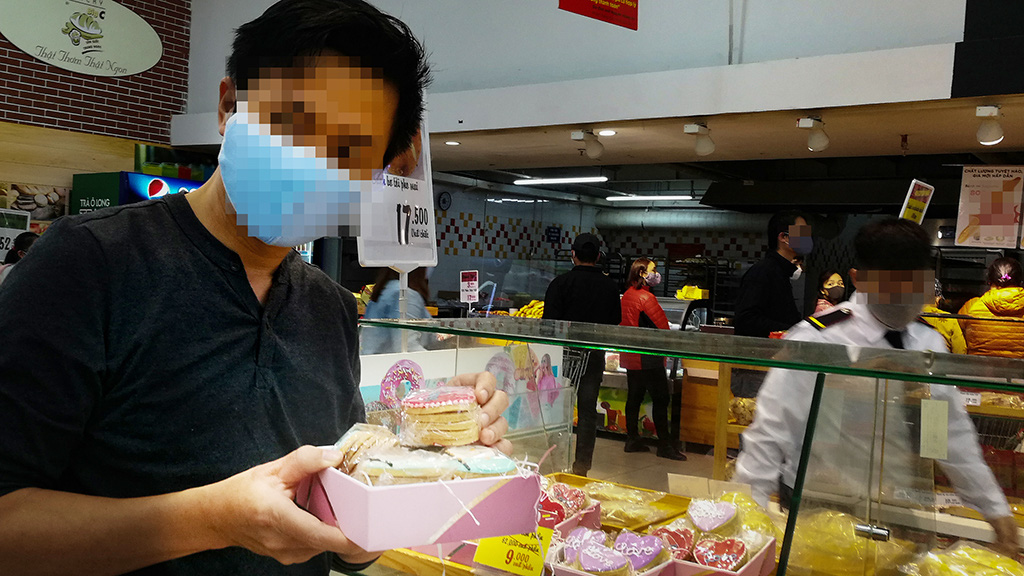 A family-owned bakery in Ho Chi Minh City may never have discovered that one of their own was selling company secrets to a competitor if it had not been for the help of a local private detective agency.

When the owner of a popular bakery in the city found that a competitor had begun offering nearly identical products at lower prices, she turned to VDT Detective Agency to uncover the mystery of how her family’s recipes were making their way into the hands of another business.

When sales began to slip and the competitor began taking a stronger foothold in the market, the management board at the bakery was forced to take out a loan to keep the business afloat.

Unsure of how the bakery’s success had dwindled so far so fast, the woman in charge of the bakery requested a secret meeting between herself and VDT Detective Agency, hoping its team of private investigators could help her find the answer.

Ngoc Anh, the lead investigator assigned to the case, immediately got to work. His first order of business: requesting a complete list of the bakery’s staff members, both new and old.

A quick review of the list told Ngoc Anh two important details. First, there had been no new hires at the bakery in the last two years. Second, the bakery’s management was comprised completely of family members.

With these two facts in mind, the investigator quickly reasoned that whoever was sabotaging the business was likely an insider who had been bribed by the competitor or looking for payback due to an internal dispute.

Ngoc Anh then began researching the five family members involved in the business, but he concluded that their loyalty could not be doubted.

Each had rights and benefits that were clearly defined. Simply put, they all had nothing to gain by selling out their family’s secrets.

Detective Tu, another member of the investigation team, attempted to file a job application form with the bakery’s competitor but was told there were no openings.

Instead, to infiltrate the business, he identified a female he felt he could manipulate.

The detective team set up staged mugging in which two undercover detectives bumped into Nguyet and attempted to steal her purse. Tu then appeared out of the blue to save the day.

Not only had Tu become a superhero in Nguyet’s eyes, but he also ‘coincidentally’ turned out to be her new next-door neighbor.

In the days that followed, Tu exchanged a series of text messages with Nguyet, hinting that he needed a new job.

Nguyet wound up putting in a good word for Tu and the investigator landed himself access to the company’s warehouse as a porter.

After five months of working as a porter, Tu gained the trust of his superiors and was regarded as a key assistant in the production chain.

Such trust granted him access to several of the company’s financial documents, one of which was a receipt for a recipe purchased for VND1 billion (US$43,000) from an unknown seller.

The recipe purchase was not the only odd note in the competitor’s financial accounts.

There was also a record for a VND15 million ($645) party paid for by the CEO with a note reading, “For the executive, thank you Minh.”

It was the only place the name Minh was mentioned in any of the competitor’s lists of partners.

A deeper investigation also uncovered that a sum of VND1 billion was transferred into a bank account belonging to a person named Vu Ngoc Minh.

The amount and timing of the transaction coincided with the alleged insider’s job.

The detective soon found that Minh was the client’s brother-in-law who had been hired by the bakery as vice director after his seafood business went bankrupt.

Refusing to believe the news, the client asked the investigators to gather more concrete evidence of her brother-in-law’s betrayal.

Submitting to the request, Tu placed incriminating documents in a briefcase with a hidden tiny recording device and delivered it to the meeting room on the day of a board meeting.

The negotiation of the purchase of the new recipe was recorded, revealing that the transaction should take place at a fancy restaurant in District 8, Ho Chi Minh City.

On the morning of the transaction, the detectives, disguised as maintenance workers, installed a hidden camcorder in an air conditioner to film the meeting.

With concrete proof in hand, the client successfully sued their competitor for copyright infringement.

Minh, it turned out, committed the act to pay off his personal debts. After the court ruling, he moved to Cambodia and currently buys and sells old vehicle parts.