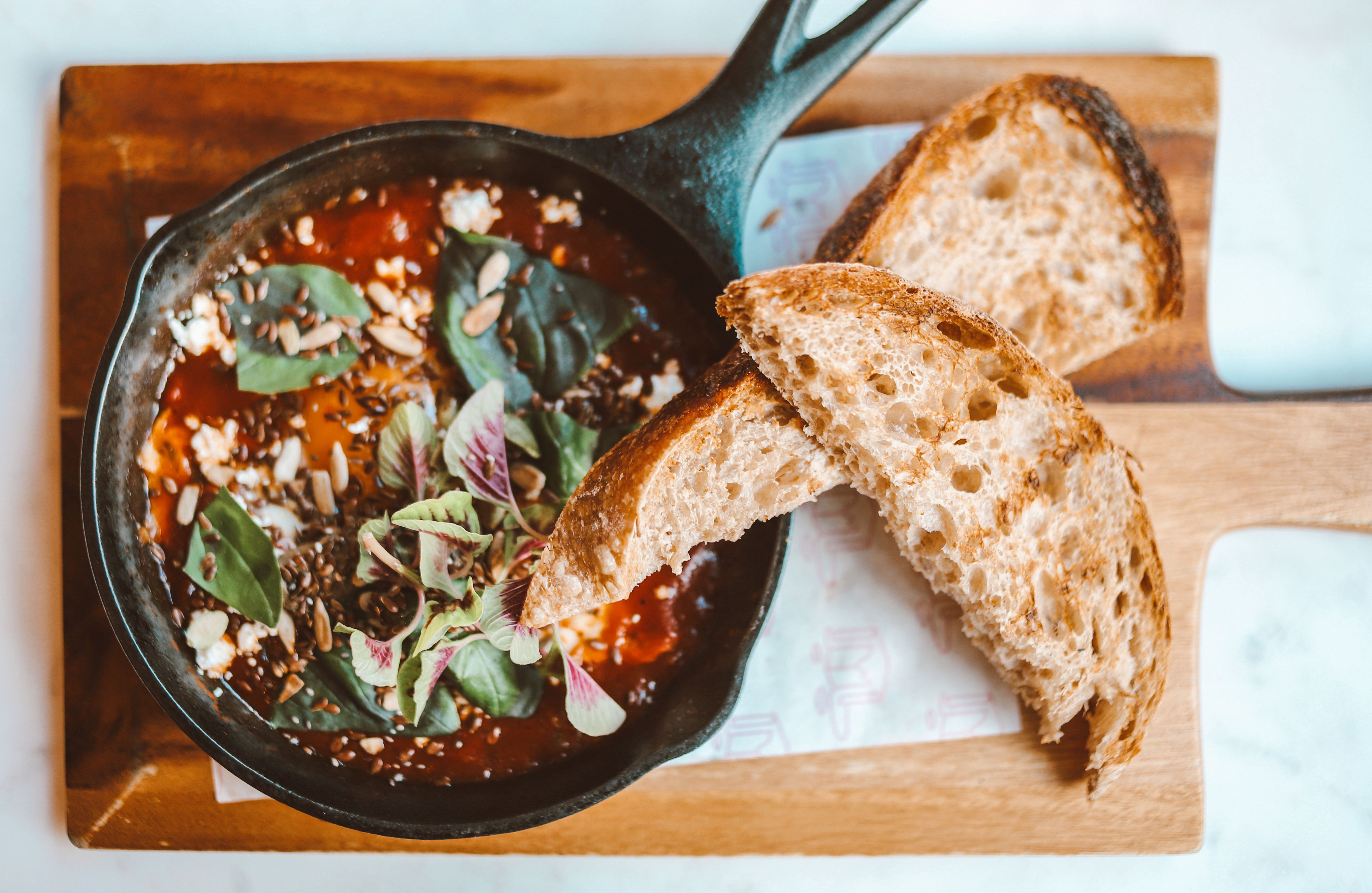 It was a mid-August day amidst Vietnam’s second wave of COVID-19 outbreaks when Sierra, a U.S. national living in the Southeast Asian country uploaded a photo to her Instagram of a resort in the southern city of Can Tho.

“My favorite staycation spot in the Mekong,” she captioned the photo.

“You can get there in 3 hours from Saigon if you go by your own car and don’t hit any traffic jams.”

She also attached the hashtag #staycation2020 among others in the comment section.

Sierra is not new to Vietnam. The 30-year-old woman has lived in the country for almost eight years.

After one year of living in the northern city of Ha Long and six years in the capital city of Hanoi, Sierra moved to Ho Chi Minh City in mid-2019.

Her husband, an expat from France, has also settled down in Vietnam for about 12 years.

With nearly two decades of Vietnam experience between herself and her husband, Sierra has picked a great deal of knowledge about how to properly blog about the country’s thousands of tourist draws.

Sierra said travel blogging for her mostly started out as just giving free advice to expats who are new to Vietnam, but she later got to think about making it a full-time job.

Like other fellow travel aficionados, Sierra did not hesitate to express her love for traveling to different cities or countries, until the COVID-19 pandemic that broke out early this year prevented her from doing so.

Travel restrictions all over the world plus the risk of being exposed to the virus have hold back travelers and tourists around the globe.

“Staycations are a really interesting way to ‘scratch that travel itch’ by staying close to home,” Sierra explained, adding that prior to COVID-19 she would only book one or two staycations per year.

The Cambridge English Dictionary defines a staycation as “a holiday that you take at home or near your home rather than travelling to another place.”

Recalling a recent staycation she took with her little sister at a hotel in District 3, Sierra shared that it is “probably one of my favorite places in Ho Chi Minh City as it reminds me of an art gallery, but with perks like champagne, super Instagrammable afternoon tea sets, and a gorgeous rooftop swimming pool that is usually empty.”

At the time of speaking to Tuoi Tre News, the American blogger currently has two more staycations planned with her husband and friends.

And with great promotions at luxury accommodations throughout the city, why not experience a different side of home?

Currently, several high-end hotels in Ho Chi Minh City are hoping to make up for lost revenues caused by the country’s closed borders by offering staycation discounts and collaborating with travel influencers.

“Staycations also support the local economy because they help ensure that hotels and resorts that usually cater to foreign travelers can keep running and working as normally as possible,” Sierra commented.

“I think planning a staycation in your city is a fun way to itch the travel bug,” she shared.

Samantha had planned to travel around Vietnam during the month of March but decided to stay put when COVID-19 began to tighten its grip on the country.

One month eventually turned into six, and Samantha 'accidentally' had more chances to explore the country and experience some staycations in Ho Chi Minh City.

Though she lives in Binh Thanh District, Samantha rarely passes on a chance to check out the hotel options in District 1.

“I think there’s so much to do and all the main sightseeing spots are there, so it’s nice to play tourist especially if you don’t go to that area much,” she said.

Samantha also shared Sierra’s opinion on the economic benefits staycationing can bring to the local economy.

“You get the chance to ‘travel’ and at the same time the money you’d have normally spent in another city or country is being spent in your local economy,” Samantha explained.

American expats are not the only ones hopping on the staycation train.

Leandré Heslop from South Africa is another foreign national living in Ho Chi Minh City who is fully on board with seeing another side of Saigon.

“The great thing about a staycation is that you don’t have to go far to get a holiday,” she said.

“Costs like traveling are also cut so it usually is a cheaper option."

According to Heslop, staycations are a great option because they are the only real form of a getaway she can get during the pandemic.

Normally, she does not usually go on staycation because she enjoys exploring different provinces.

“I’ve done more staycations during the COVID-19 pandemic than ever before and it feels like a real getaway,” she admitted, calling a staycation “a break from your reality within the city where you’re currently staying.”

“A relaxing weekend” is also what Canadian Alyshia Turchyn had dreamed of when she got back into her typical six-day work week following the year’s COVID-19-caused extended Tet (Vietnamese Lunar New Year) holiday in February.

“Just a quick little escape was exactly what I wanted in order to see a new side of Saigon,” Turchyn said.

“I’ve never spent the night in District 1 so having a staycation certainly let me see the beauty of Saigon from a new perspective,” she recalled of her two staycations in June and July.

Turchyn later reviewed her two stays on her blog, describing the delicious breakfast she had while enjoying the view of the landmark Bitexco Tower and the experiences she had wandering around streets near the Ho Chi Minh City Museum of Fine Arts.

Another benefit of staycations, Turchyn shared, is that “much of the time a vacation to somewhere new means your days are packed with things to do and see.

"So a staycation gives you the ability to just chill out if you want to.”

Be a tourist at home

An important reason why a staycation makes sense to the travel bloggers Tuoi Tre News talked to is that it gives them a chance to see how beautiful the city and neighborhood they are living in is.

Having lived and worked in Ho Chi Minh City for almost three years, Turchyn, who defined a staycation as “spending a night or two in the city or surrounding area where you live,” admitted that she had never felt the urge to have a staycation in the city before the coronavirus pandemic.

“We work, we relax at home, and we hurry to book trips to faraway places. We forget to slow down and appreciate what’s waiting for us in our own backyard,” she explained.

“I think a staycation is the perfect opportunity to discover the beauty of the neighborhood and city where we live. It can make you discover a new café that you didn’t know existed, it can spark your historical curiosity or it can allow you to bump into an old friend."

Meanwhile, Samantha, who described staycationing as an opportunity to "spend time in your own town or city as though you’re an outsider coming to visit for the weekend," said that every town and city has its own special charm.

“I find that if you try to look at your own home city in the same way you’d look at a brand-new destination, you’ll discover more than you think,” she insisted.

South African Heslop weighed in with her own explanation of the best reasons to take a staycation.

“So many times, we look outside our city to find beauty, and because we are so comfortable with our routine, we forget to be tourists within our own city,” she said.

“Staycations allow you to change your mindset and see where you stay as a holiday destination for you to explore."

As for Sierra, staycationing is less about the journey itself and more about breaking old patterns and habits to discover something new and becoming open-minded.

“A staycation is usually meant to be a vacation you can take at home, but after so many weeks of staying at home, there’s no way to make it feel like a vacation anymore, isn't there?” she raised a question.

“So, for me a staycation can also mean seeing the place you live in a different way, like in the eyes of a traveler who has never been to your city before.

“Stay in a different part of the city and try new things you may never have had the chance to do before."