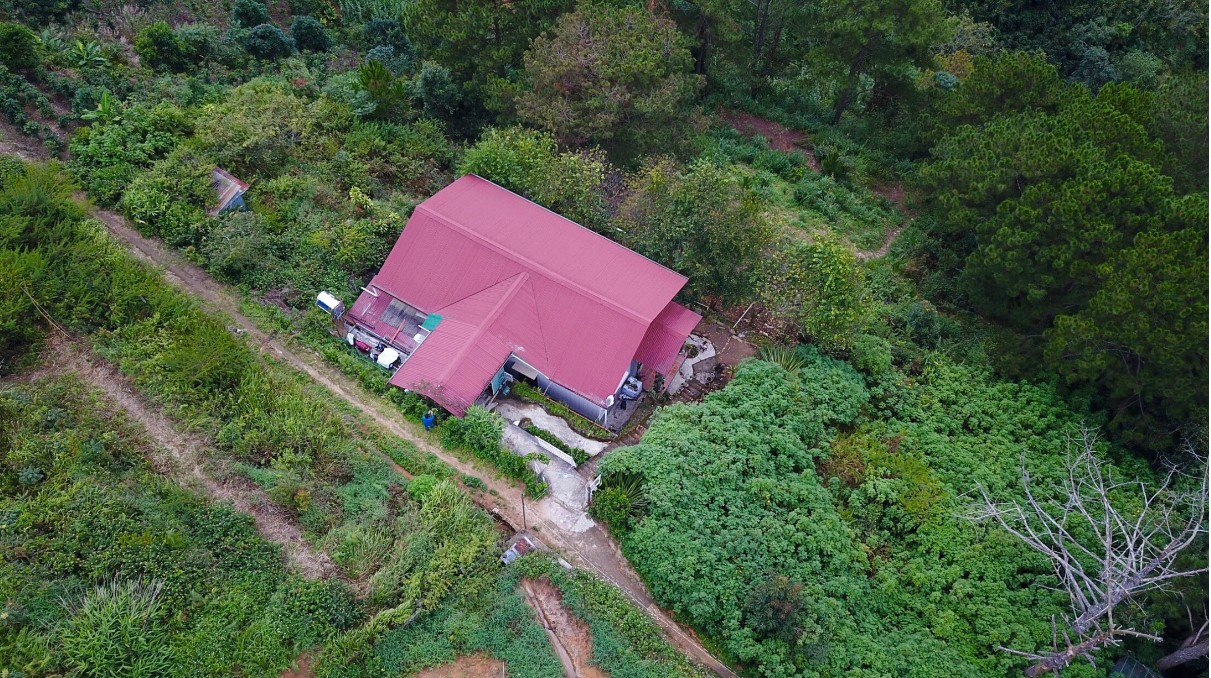 In Vietnam, it is difficult to earn a living in the countryside

There are more and more young people who want to leave the city behind and move to the countryside to live and work, which nowadays is considered by many to be more comfortable and peaceful. However, on the way to realizing this dream, many of them face a life that is not as rosy as they imagined with a variety of obstacles that challenge their dreams of living and working in the countryside.

In 2017, Hoang Truong Quan, 30, a young man from Gia Lai Province in the Central Highlands, decided to spend an extended period of time in Da Lat City in Lam Dong Province.

He came to this decision after traveling all over the country.

Although he had a good job in Ho Chi Minh City at that time, Quan applied for his resignation and arranged everything for three months before moving to Da Lat to start a new chapter in his life.

Returning to the city after two years

With his business experience, Quan rented a house located deep in a valley about three kilometers from Da Lat market to run a homestay and do gardening on a small scale.

"I used to work with a computer keyboard, but back then I had to dig up the land, haul stuff, make furniture by myself, mix concrete..." he recalls.

"I got used to the new life very quickly and was proud of myself for making it on my own," Quan added.

Still, Quan is beginning to understand that for anyone like him who intends to do business and live permanently in Da Lat, it is not easy.

One of the biggest obstacles Quan and other young people often face in realizing their dream is the difficulty of securing a stable property due to the ever-fluctuating real estate prices.

In Quan's case, the owner decided to sell the house after just over a year of the lease. Although Quan was compensated for the contract, it was not worth what he had invested in the deal.

"At that time, my homestay service started to attract many visitors after a period of renovation, marketing, and loss in the early days," Quan said.

"However, I had to accept the reality of running my business alone in a place with too much instability," he added.

After returning to the dynamic city with vivid memories of the city nicknamed "Paradise of Thousand Flowers," Quan cannot forget his homestay with rooms called "Autumn Room" and "Room Enjoying Sunlight."

Although he is not successful in business, Quan has gained so many meaningful experiences and enriched his love for nature and mountains.

In Quan's opinion, if someone comes to Da Lat only with the aim of making money, he would be disappointed.

Currently, the man not only leads a stable life in Ho Chi Minh City but also considers the city in the Central Highlands as his second hometown, to which he will eventually return.

In September 2015, 31-year-old Huynh Tho from Cu M'gar District in the Central Highlands province of Dak Lak returned to his hometown from Buon Ma Thuot City after graduating from the university’s agriculture department.

Huynh Tho was born into a family engaged in agriculture. He took advantage of the family's existing land and decided to run a four-hectare farm where he grows coffee, durian, avocado, and pepper.

Although he did not have to pay rent for the land, Tho had great difficulty setting up the farm.

Having just graduated from college, he did not have much financial capability or practical experience.

The disappointment was not far off.

"I did not have much experience in farming at the time, and I did not know what to prepare, how to set up and maintain the farm," Tho recalled.

"There were some consultants who told me how they had done it, but I could not replicate it because we are in different situations," he added.

"At that time, the income from coffee sales was just enough to invest in fertilizers, and pesticides and hire workers. So that means I did not make a profit and have to suffer for two seasons," said Tho.

In addition, his durian and pepper trees died en masse and Tho also had to cut the avocado trees.

Eventually, Tho ran out of capital and was hopelessly sad in the face of the first defeat of his life.

After a year and a half in agriculture, Tho returned to Buon Ma Thuot town, about 50 kilometers from his home, to work as a technical employee for the power company.

Along the way, he continued his studies to gain more knowledge about agriculture.

After working for another three years and becoming more confident, Tho is now ready to start a business in his hometown for the second time.

"During the COVID-19 period last year, my company had to cut the number of working hours and salary, and then went into a three-month lockdown period (from May to August)," recalled Tho.

"By then, I had gained a wealth of experience. And since I learned a lot in the three years I worked in the city, I am not afraid of failing too much.

"So, I was determined to return to the city if I did not succeed this time," the young man added.

In his second attempt at farming, Tho decided not to leave the city behind altogether. Instead, he works there two or three days a week and spends the three days, including weekends, tending to the durian garden, which was replanted in 2018.

Tho hires some workers and asks his relatives to take care of the farm while he returns to the city to work. Since last year, he has invested nearly VND200 million (US$8,041) in his farm, which has around 600 durian trees.

"Last year, the durian trees bore their first fruits, which are enough to offset the cost of fertilizer and pesticides. Next year, I will be able to harvest a full season of fruit. Although I cannot get the original capital at the moment, I still feel very secured," Tho said.

Although some young people give up on the dream of a career in the countryside, there are also some who show their determination to keep the dream alive.

In order to have photos of a beautiful life in the mountains, young people have to overcome many obstacles without getting any return.

Like Quan, Vinh Tran also decided to leave Ho Chi Minh City and move to Da Lat City after getting rid of his high-income job.

In 2014, Vinh Tran bought a one-hectare plot of land near a spring and about 20 kilometers from Da Lat City center with the aim of running a small restaurant in the forest.

When he started to implement the plan, Vinh Tran was a bit worried because the land was not only dry and prone to flooding, but also not legal.

Nevertheless, Vinh Tran was lucky that he was able to cancel the contract to buy another plot of land and start a life as a farmer.

At the end of 2015, when the flow of money dried up while the construction of the farm was still ongoing, Vinh Tran had to find another solution.

He rented a kiosk in downtown Da Lat to sell frozen meat and then opened a small restaurant serving dishes made from imported beef.

After seven years of struggling with challenges, the sweetest fruit Tran Vinh has received is a well-known large restaurant in the city.

Similarly, Nguyen Van Nhan, 30, quit his job in the central city of Da Nang in 2017 and returned to his hometown in Dien Ban Commune, Quang Nam Province, to lease land to expand farming and livestock.

He said that he encountered so many obstacles. When the land owner reclaimed the land three years ago, Nhan had to find another piece of land of 3.5 hectares to farm.

In the last hurricane, his farm was hit, and many banana trees fell down during the natural disaster because they were not well prepared for the storm.

As a trained engineer who turned to farming, Nhan did not have much experience in the early days.

While implementing the plan, he gained more knowledge by learning from some foreign role models and spending time traveling to other places where there were potential role models that sparked his ideas for agriculture itself.

"I learned from my friends to sell agricultural products myself. I became more experienced in convincing customers and found a partner who bought our products," he recalls.

A long period of tireless effort has paid off: Nhan's farm generates hundreds of millions of dongs every year while creating many jobs for local people

Currently, his family leads a stable and peaceful life and is happy with the decision to leave the city for the mountains.

It is really necessary to prepare thoroughly

From his own experience, Hoang Truong Quan advises young people who pursue the dream of building their own career in the mountains or in the countryside to prepare everything well, especially a stable source of finance and a good orientation suitable for a new environment.

Besides, Nguyen Van Nhan said, young people need to be clear about the direction they want to take their life because it is not easy to choose a career in the countryside.

In fact, life in the countryside is not just about working on the farm, as many young people might imagine.

"You must prepare everything to live a stable life here because it is easily prone to disappointment and confusion," Nhan said.

"You do not need to rush to leave the city. Instead, you can visit some places to gain more knowledge and experience before opening your business in the countryside," he added.