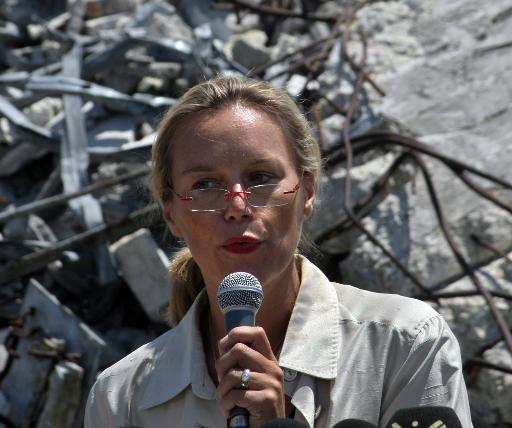 Syria has so far "fully cooperated" in destroying its massive chemical arsenal, the chief of the joint Organisation for the Prohibition of Chemical Weapons and United Nations mission said Monday.

"To date, the government of Syria has fully cooperated in supporting the work of the advance team and the OPCW-UN joint mission," said mission chief Sigfrid Kaag in Damascus.

Kaag said that "by joining the Chemical Weapons Convention, the Syrian government has indicated its commitment to the task" of destroying it arsenal.

A team of UN-OPCW inspectors arrived in Syria on October 1 to oversee the implementation of UN Security Council 2118, which orders the destruction of Syria's chemical weapons and production facilities by mid-2014.

"The timeframes are challenging given the goal of the elimination of Syria's chemical weapons programme in the first half of 2014," Kaag said in a statement.

She said the team had "had very good meetings with the highest levels of the Syrian government".

"There is constant, close cooperation," said Kaag, describing the destruction of the chemical arsenal as "one common goal".

The Security Council passed its resolution after hundreds of people were killed in sarin gas attacks on the outskirts of Damascus on August 21.

The United States threatened military strikes, but then reached a deal with key Damascus backer Russia which became the basis for Resolution 2118.