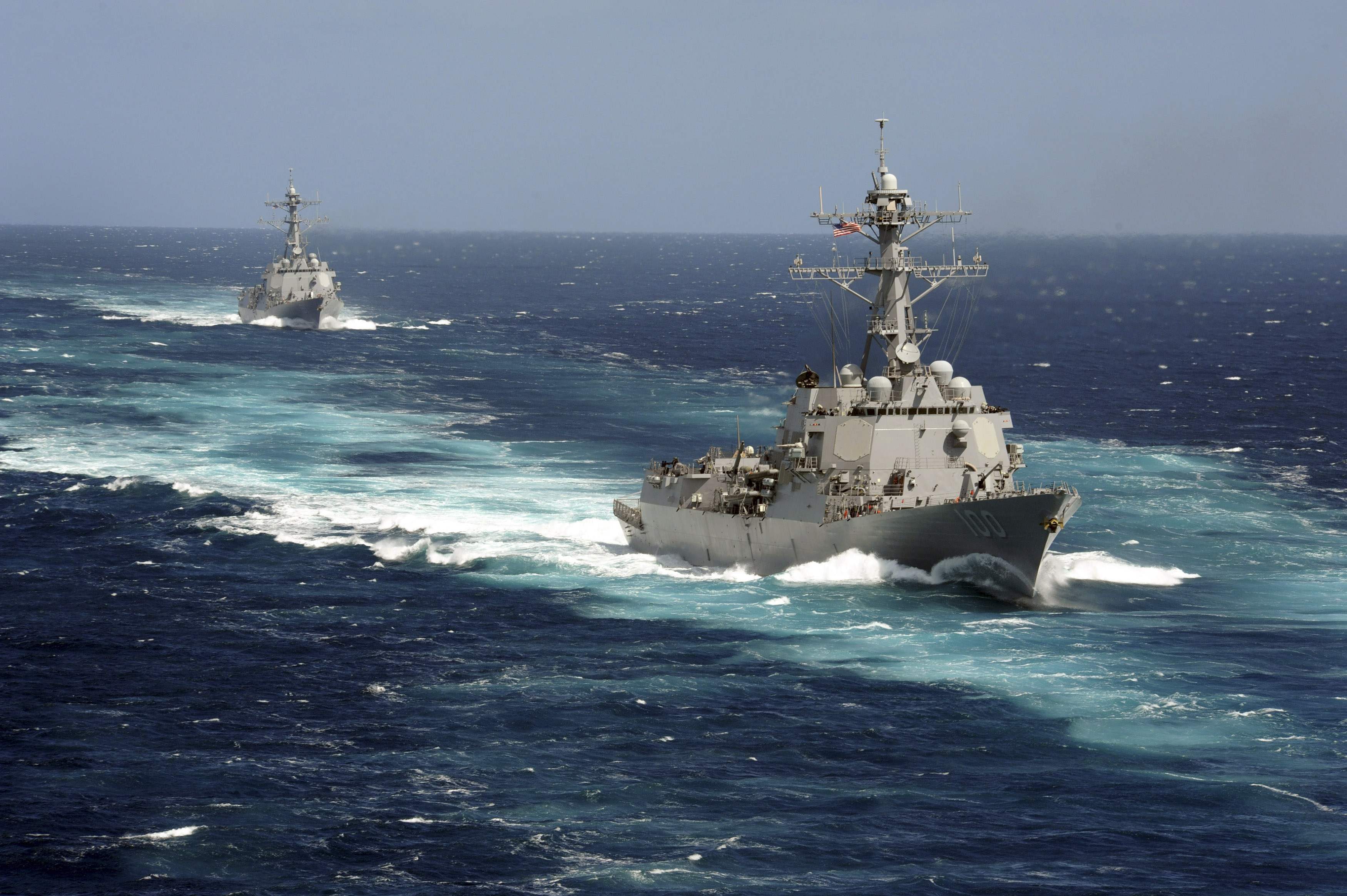 Search for Malaysian plane may extend to Indian Ocean: US

A new search area for Malaysia Airlines Flight 370 may be opened in the Indian Ocean, the White House said, significantly broadening the potential location of the plane, which disappeared nearly a week ago with 239 people on board.

Expanding the search area to the Indian Ocean would be consistent with the theory that the Boeing 777 may have detoured to the west about an hour after take-off from the Malaysian capital Kuala Lumpur en route to Beijing.

"It's my understanding that based on some new information that's not necessarily conclusive - but new information - an additional search area may be opened in the Indian Ocean," White House spokesman Jay Carney told reporters in Washington.

Carney did not specify the nature of the new information and Malaysian officials were not immediately available to comment.

The disappearance of the Malaysia Airlines plane is one of the most baffling mysteries in the history of modern aviation. There has been no trace of the plane nor any sign of wreckage despite a search by the navies and military aircraft of more than a dozen countries across Southeast Asia.

Satellites picked up faint electronic pulses from the aircraft after it went missing on Saturday, but the signals gave no information about where the jet was heading and little else about its fate, two sources close to the investigation said on Thursday.

But the "pings" indicated its maintenance troubleshooting systems were switched on and ready to communicate with satellites, showing the aircraft was at least capable of communicating after losing touch with air traffic controllers.

The system transmits such pings about once an hour, according to the sources, who said five or six were heard. However, the pings alone are not proof that the plane was in the air or on the ground, the sources said.

Malaysian authorities have said the last civilian contact occurred as the Boeing 777-200ER flew north into the Gulf of Thailand. They said military radar sightings indicated it may have turned sharply to the west and crossed the Malay Peninsula toward the Andaman Sea.

The new information about signals heard by satellites shed little light on the mystery of what happened to the plane, whether it was a technical failure, a hijacking or another kind of incident on board.

While the troubleshooting systems were functioning, no data links were opened, the sources said, because the companies involved had not subscribed to that level of service from the satellite operator, the sources said.

Boeing and Rolls-Royce, which supplied its Trent engines, declined to comment.

Earlier Malaysian officials denied reports that the aircraft had continued to send technical data and said there was no evidence that it flew for hours after losing contact with air traffic controllers early last Saturday.

"It's extraordinary that with all the technology that we've got that an aircraft can disappear like this," Tony Tyler, the head of the International Air Transport Association that links over 90 percent of the world's airlines, told reporters in London.

Ships and aircraft are now combing a vast area that had already been widened to cover both sides of the Malay Peninsula and the Andaman Sea.

The U.S. Navy was sending an advanced P-8A Poseidon plane to help search the Strait of Malacca, separating the Malay Peninsula from the Indonesian island of Sumatra. It had already deployed a Navy P-3 Orion aircraft to those waters.

U.S. defence officials told Reuters that the U.S. Navy guided-missile destroyer, USS Kidd, was heading to the Strait of Malacca, answering a request from the Malaysian government. The Kidd had been searching the areas south of the Gulf of Thailand, along with the destroyer USS Pinckney.

India's Defence Ministry has ordered the deployment of ships, aircraft and helicopters from the remote Andaman and Nicobar Islands, at the juncture of the Bay of Bengal and the Andaman Sea. An Indian P8I Poseidon surveillance plane was sent to the Andaman islands on Thursday.

China, which had more than 150 citizens on board the missing plane, has deployed four warships, four coastguard vessels, eight aircraft and trained 10 satellites on a wide search area. Chinese media have described the ship deployment as the largest Chinese rescue fleet ever assembled.

On the sixth day of the search, planes scanned an area of sea where Chinese satellite images had shown what could be debris but found no sign of the airliner.

Malaysian Transport Minister Hishammuddin Hussein told a news conference the images were provided accidentally, saying the Chinese government neither authorized nor endorsed putting them on a website. "The image is not confirmed to be connected to the plane," he said.

It was the latest in a series of contradictory reports, adding to the confusion and agony of the relatives of the passengers.

As frustration mounted over the failure to find any trace of the plane, China heaped pressure on Malaysia to improve coordination in the search.

Premier Li Keqiang, speaking at a news conference in Beijing, demanded that the "relevant party" step up coordination while China's civil aviation chief said he wanted a "smoother" flow of information from Malaysia, which has come under heavy criticism for its handling of the disaster.

Malaysian police have said they were investigating whether any passengers or crew on the plane had personal or psychological problems that might shed light on the mystery, along with the possibility of a hijacking, sabotage or mechanical failure.

The Boeing 777 has one of the best safety records of any commercial aircraft in service. Its only previous fatal crash came on July 6 last year when Asiana Airlines Flight 214 struck a seawall with its undercarriage on landing in San Francisco, killing three people.