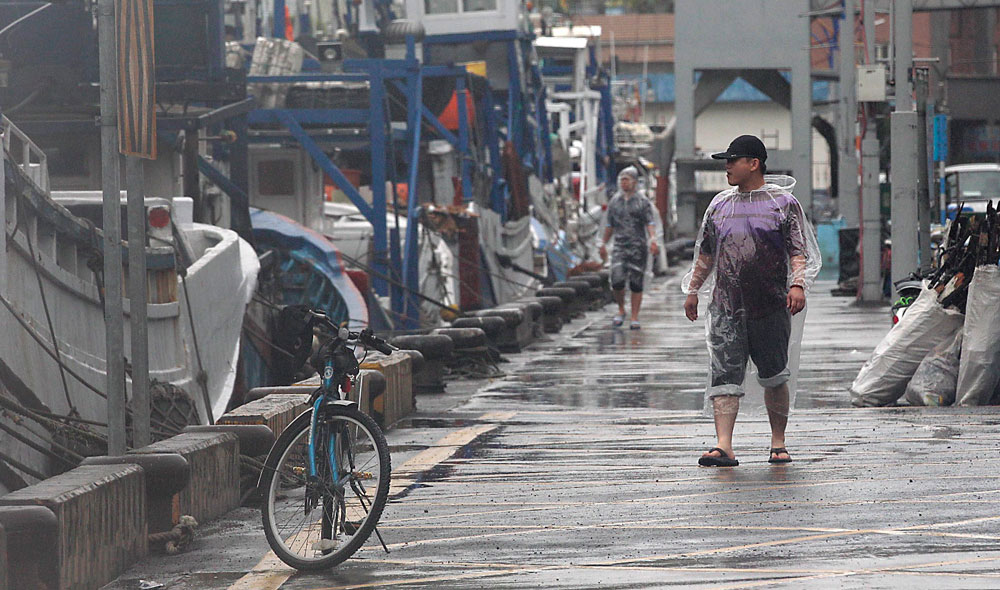 Typhoon Matmo slams into Taiwan, one killed, some damage reported

TAIPEI, July 23 - Typhoon Matmo slammed into Taiwan on Wednesday with heavy rains and strong winds, shutting financial markets and schools, with at least one person killed and some damage reported. Typhoon Matmo, a category two on Tropical Storm Risk's scale of one to five, packed gusts of 155 kph (90 mph) and made landfall early on Wednesday, the central weather bureau said. A man in northern Taiwan died after falling into a pool on his farm. News reports said a tourist was missing after taking pictures on a shore. Taiwan's military had gathered and distributed sandbags in anticipation of flooding. The weather bureau said Matmo was expected to head north towards China later in the day. Matmo arrived a week after Typhoon Rammasun killed 97 people in the Philippines and 46 in China, with 25 still missing. The China Meteorological Administration said Rammasun was the strongest storm to strike southern China since 1973. Typhoons are common at this time of year in the East Vietnam Sea, picking up strength from the warm waters and dissipating over land.