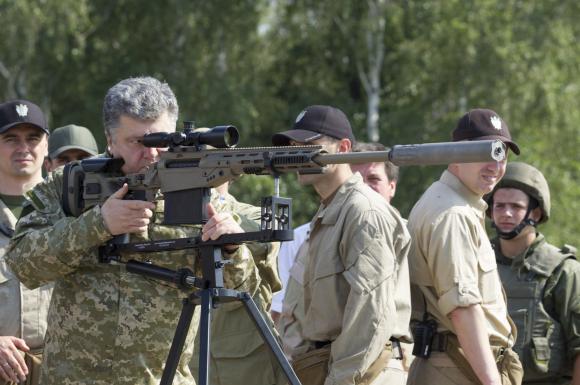 At least three civilians were killed in overnight fighting in eastern Ukraine and government troops pressed ahead with their campaign against pro-Russian rebels, taking a strategic point close to where Malaysian flight MH17 crashed, officials said on Monday.

Fierce fighting in the vicinity of the airliner crash site prevented international monitors from reaching it on Sunday to investigate the downing of the plane with the loss of all 298 people on board. [ID:nL6N0Q20RF]

Kiev said on Monday its troops recaptured Savur Mogila, a strategic piece of high ground about 30 km (20 miles) from where the Malaysia Airlines Boeing hit the ground on July 17.

Experts are due to renew their efforts on Monday to reach the crash site, still in rebel-held territory. Roadblocks between the city of Donetsk and the crash site are variously controlled by Ukrainian army or rebel forces.

The rival sides accused each other of impeding access to the site on Sunday, with Kiev saying it was not engaged within a 20-km (12-mile) no-fight zone and rebels accusing the army of trying to destroy evidence on the ground.

"We'll be seeking assurances that any military action doesn't compromise our humanitarian mission," Bishop told a news conference, adding she had information on fighting raging within the no-fight zone the day before.

Bishop also said Australia, which lost 28 citizens in the crash, hoped Russia would use its influence on the rebels to help allow wider access to the site so that investigators can determine who was behind the downing of the plane.

Ukraine's emergency service said more than 56,000 people fled the violence in two eastern regions since Kiev started what it calls an "anti-terrorist" operation against the rebels there three months ago.

Separatists also said five civilians were killed in the other rebel stronghold of Luhansk, northeast of Donetsk.