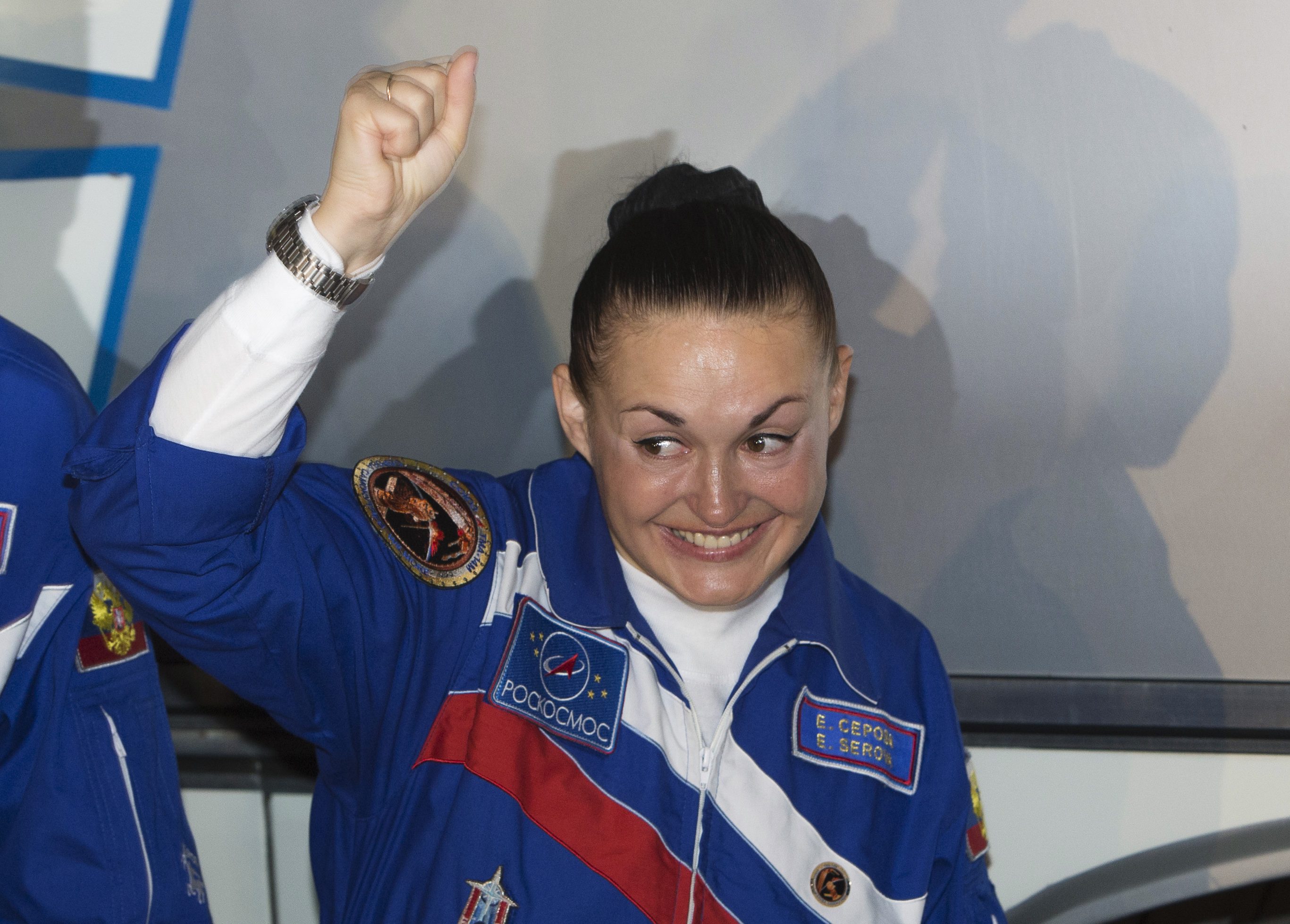 A Russian rocket blasted off from the Baikonur Cosmodrome in Kazakhstan to the International Space Station (ISS) on Friday, taking to orbit a U.S.-Russian trio including the first Russian woman to serve on the $100 billion space outpost.

The Soyuz rocket lifted off from a vast steppe into a black sky at 0225 a.m. (2025 GMT on Thursday) to take Russian Alexander Samokutyaev, his compatriot Elena Serova and U.S. astronaut Barry Wilmore into orbit.

"Everything in order on board, we feel well," a live television broadcast by U.S. space agency NASA showed Samokutyaev reporting to Russia's Mission Control during the lift-off.

A toy rabbit with an attached tiny Russian tricolor flag dangling above the crew's heads in the cabin started floating in weightlessness after about nine minutes into the flight.

"The capsule is now safely in orbit," a NASA presenter said.

Suraev's crew, which has manned the space station since May, is set to return to Earth in November. The incoming crew will serve 170 days until landing in March.

The 15-nation laboratory, which flies at an altitude of about 260 miles (420 km), is overseen by Russia and the United States.

But this year the two nations' relations hit their lowest point since the Cold War following Russia's annexation of Ukraine's Crimean peninsula and economic sanctions imposed by the United States as punishment for the takeover and for what Washington sees as Moscow's support for pro-Russian separatists in Ukraine.

In May, a senior Russian government official cast doubt on the long-term future of the ISS, saying Moscow would reject a U.S. request to prolong the orbiting station's use beyond 2020.

First Russian woman aboard the ISS

Serova, a 38-year-old trained as space industry engineer, was only the fourth Russian woman in history to fly into space. She will also be the first Russian woman to work aboard the ISS, whose first component was launched in 1998.

Her predecessor, Elena Kondakova, made her second - and last - flight to the Russian space station Mir in 1997 as part of a NASA space shuttle crew. Mir, launched by the Soviet Union in 1986, operated until 2001.

Serova, after seven years of hard training as a cosmonaut, said in an interview that she had long dreamed about proving that Russian women are able to return to space flights.

The first woman on Earth to fly into space was Russian Valentina Tereshkova in 1963, who is still remembered by her flight call-sign "Chaika" ("Seagull").

Serova said that if she were to choose, she would have taken "Phoenix" as her personal call-sign for this mission.