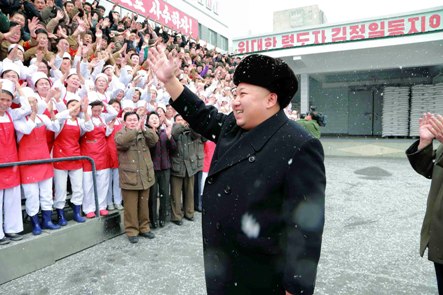 Russia invites N. Korean leader to Moscow for May visit

It would be Kim's first foreign visit since taking the helm of the reclusive east Asian state in 2011. His personal envoy came to Moscow last month in the framework of efforts by the two Cold War-era allies to improve relations.

Pyongyang is also seeking support from Russia, a permanent veto-wielding member of the U.N. Security Council, against international criticism over its nuclear program.

North Korea, South Korea, Japan, China, Russia and the United States began talks in 2003 to rid the Korean peninsula of nuclear weapons, but they were suspended after Pyongyang tested nuclear devices in 2006 and 2009.