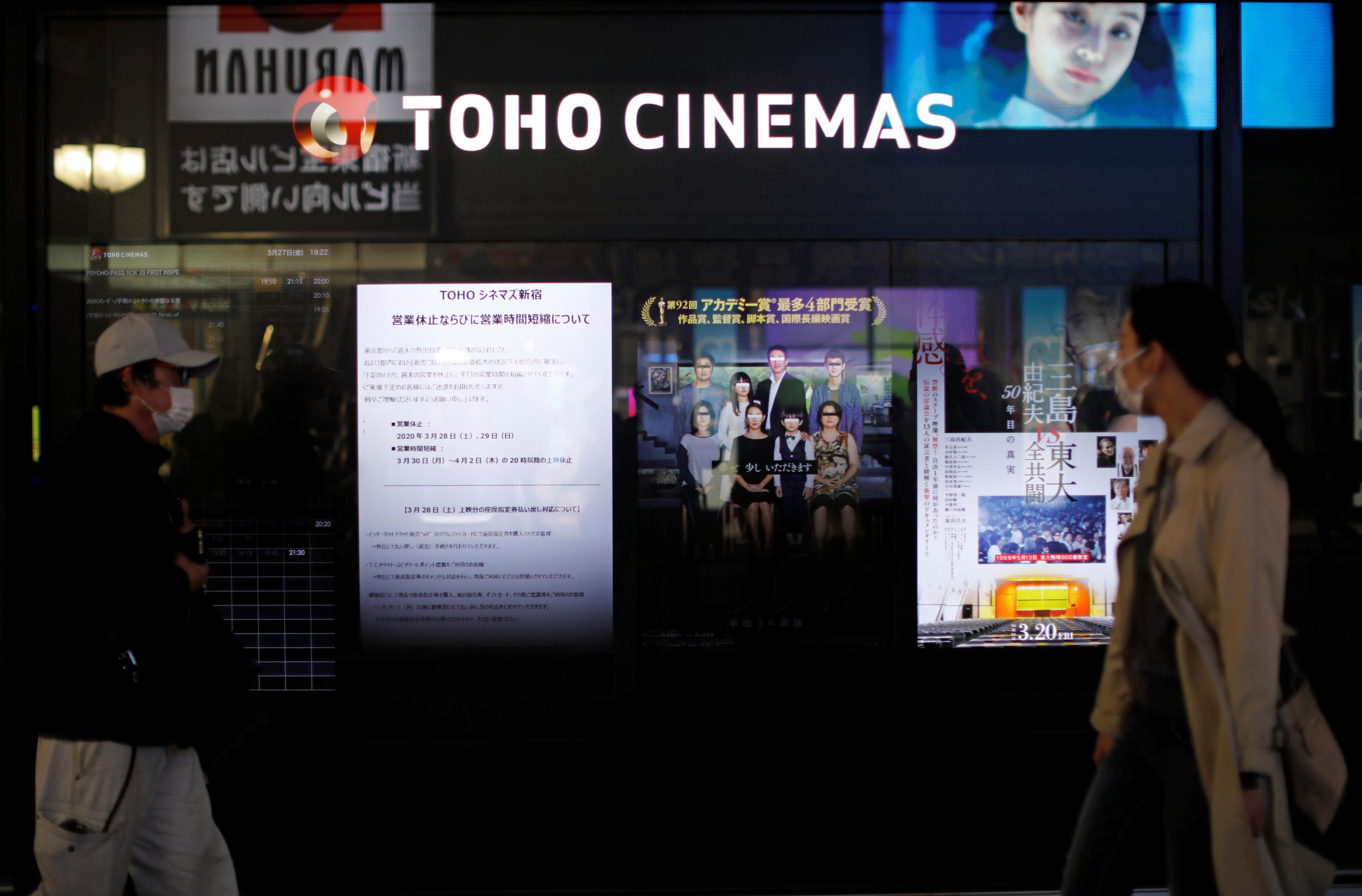 Tokyo restricts movement to combat virus, some folk carry on as usual

TOKYO -- People in greater Tokyo and the Osaka area in western Japan hunkered down on Saturday as officials urged citizens to stay indoors to prevent a potential emergency, but some were carrying on as normal.

Tokyo Governor Yuriko Koike’s plea for the tens of millions of people in the capital and surrounding regions to avoid non-essential, non-urgent outings until April 12, and particularly this weekend, followed a surge in coronavirus infections this week, which she said puts Tokyo on the brink of a state of emergency.

Koike urged the public to avoid the national pastime of congregating to drink and watch the cherry blossoms as they hit their peak in the capital, saying on Friday, “The cherry blossoms will bloom again next year.”

“I realize it’s the weekend, but just ask yourself whether or not you can delay what you think you need to do to another day,” she said.

Infections in Japan have climbed to more than 1,400, with 47 deaths, excluding those from a cruise ship quarantined last month. Hit early by the coronavirus in its initial spread from China, Japan had seen a more gradual rise than the recent surge in much of Europe and the United States.

This week, however, saw an acceleration that Prime Minister Shinzo Abe called “a national crisis”.

While those figures are not high for a city of nearly 14 million, with many millions more in neighboring suburbs, experts warn of a high risk of an explosive rise in infections, since authorities have not been able to track all the contacts of more than half the newest cases.

The government has deployed the military to greater Tokyo’s Narita and Haneda airports to assist in virus screenings and the transport of people placed in quarantine, NHK said.

The voluntary calls by Koike and other Japanese leaders for people to stay at home compare with major cities in Italy, Britain, France, Spain, and the United States -- the new global epicenter of the virus -- where soaring infections have created ghost towns as governments put citizens on lockdown with severe measures restricting personal movement.

Globally, infections have topped half a million with more than 20,000 deaths. Governments are struggling to decide how far they need to limit personal freedoms to contain the coronavirus, which has spread to more than 100 countries.

In a quiet neighborhood close to the Japanese prime minister’s private residence in central Tokyo, the scene was typical of a Saturday morning. Some people were jogging and walking their dogs. A few stopped to pray at a local shrine. Auto traffic was brisk on local roads.

“I’m a little worried, but I have an appointment today, which is why I’m outside,” said a 41-year old man walking down the street, who declined to be named.

“It’s not something that I can’t cancel, but I do have to meet someone. I will be riding the train later.”