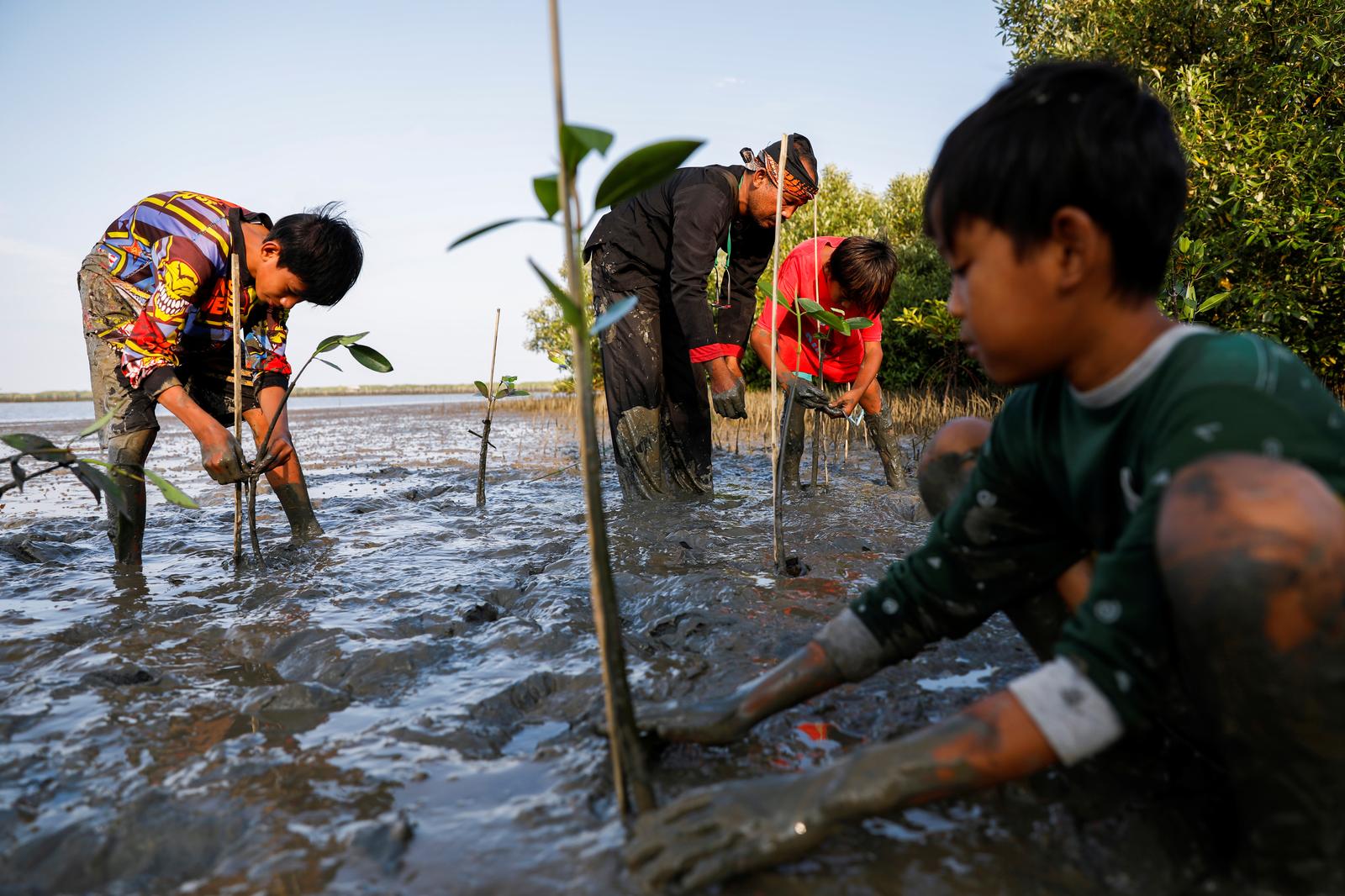 With stories and puppets, environmentalist battles to save Indonesia's mangroves

Caked in mud up to their knees, a small group of Indonesian youngsters plant mangrove saplings along a stretch of exposed coastline next to the Java Sea under the watchful eye of local environmentalist Samsudin.

A former school teacher, Samsudin has now dedicated his life to conservation and uses puppetry and storytelling to spread his message to the young about the importance of protecting mangroves in an area suffering massive coastal erosion.

“To keep tides from hitting us, we plant mangroves, forests for animals and oxygen for us to live. I weave everything into my stories,” said Samsudin, 50, as he mused how some people in the area saw mangroves as a “nuisance” and would pull them out.

Indonesia is home to over a fifth of the world’s mangrove forests, which naturally help keep out high tidal waters. But for years, coastal communities have chopped down trees to clear the way for fish and shrimp farms, and for rice paddies.

Samsudin teaches local children aged 11 to 15 three times a week about how to look after the environment, sometimes illustrating it with puppets of monkeys and orangutans.

Samsudin, who uses one name, reckons he has helped plant 700 hectares in the area.

While his efforts are locally focused, the issue has reached national attention and Indonesia recently embarked on one of the world’s biggest campaigns to restore mangroves, targeting 150,000 hectares (370,660 acres) annually across nine provinces up to 2024.

Indonesia, an archipelago of thousands of islands, has about 3.3 million hectares of mangrove, with more than 600,000 hectares in critical condition, Hartono, the chief of the mangrove restoration body, told Reuters.

Data from Indonesia’s forestry ministry from 2017 estimates more than 1.8 million hectares of mangroves are damaged.

Hartono, who goes by one name like many Indonesians, said the main causes of the degradation in Indonesia were illegal logging and land conversion.

Cukup Rudiyanto, another activist in Indramayu who plants mangroves, also blames a lack of sedimentation in this coastal area east of the capital Jakarta for harming mangroves.

For Samsudin, teaching about the issue is a labour of love, even though he admits some in his own family question why he devotes so much time to it.

But for 12-year-old Muhammad Jefri, one of Samsudin’s students, the lessons resonate.

“I want to protect the environment, because it’s important for people,” he said.