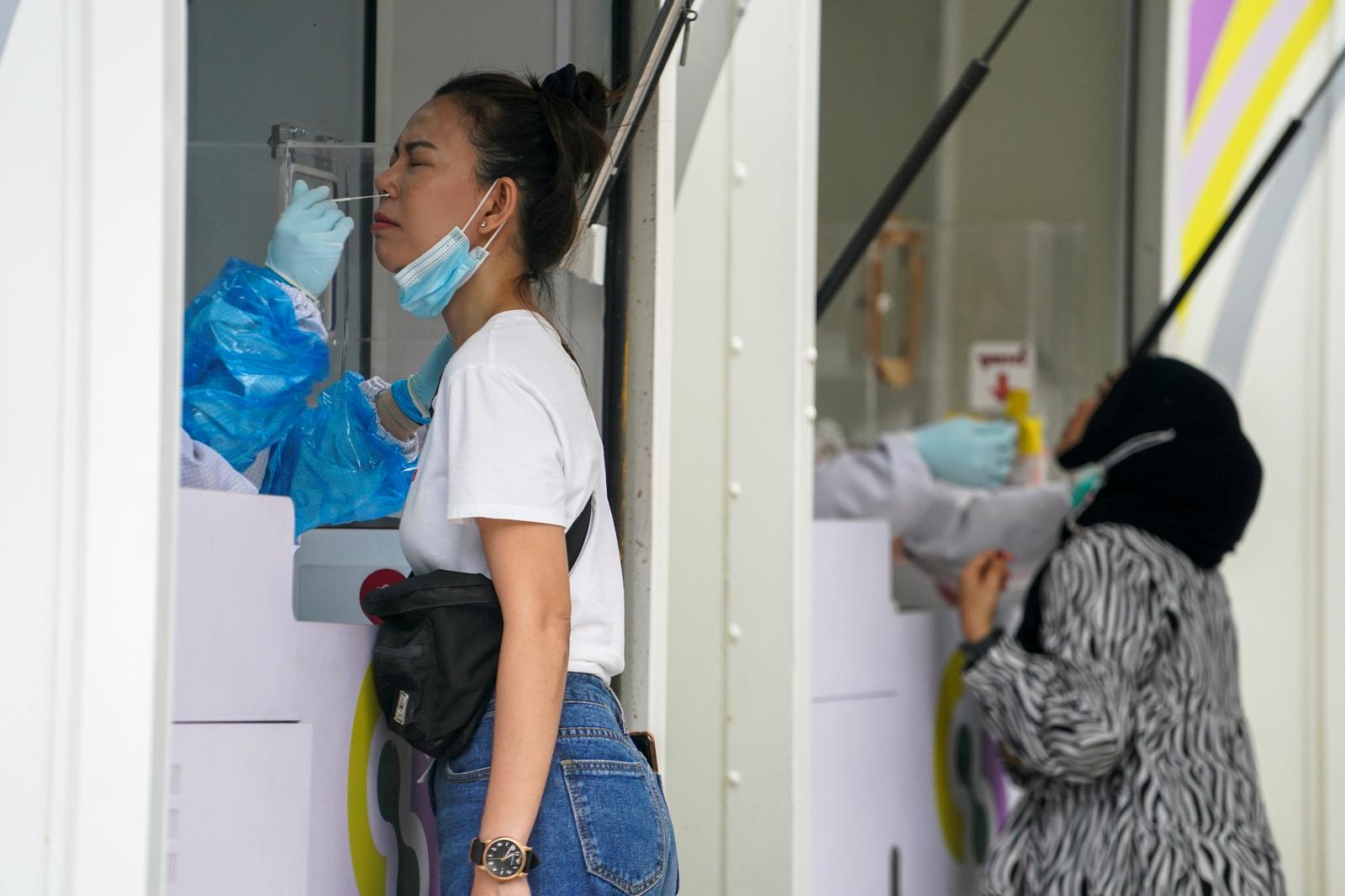 BANGKOK -- Thailand is considering closing entertainment venues in Bangkok and 40 provinces, its COVID-19 taskforce said on Thursday, as authorities rushed to tackle a new wave of coronavirus cases and the arrival of a highly contagious variant.

The taskforce urged the public and private sector to let employees work from home and to avoid non-essential travel, while 405 new infections were reported on Thursday in a new outbreak connected to Bangkok’s infamous nightlife.

The spike in infections comes at a tricky time for Thailand, ahead of next week’s annual Songkran festival, known for big social gatherings and notoriously crowded water fights that authorities have banned.

Adding to concerns, Thailand on Wednesday for the first time confirmed the presence locally of the highly transmissible coronavirus variant B.1.1.7 first identified in Britain.

The SARS-CoV-2 variant known as B.1.1.7 has been found in more than 100 countries and has been blamed for fuelling new waves of infections in record numbers.

Thailand plans to start its mass immunisation campaign in June but has been immunising health workers or people deemed vulnerable, with more than 300,000 recipients so far.

Thai experts are puzzled at how it evaded the country’s strict border controls and quarantine system, which has helped keep overall cases to a relatively low 30,310 and deaths at 95.

The taskforce said a change in the quarantine period introduced this month, which reduces it to seven or 10 days, instead of the mandatory 14 days, may be reconsidered.

The health ministry is seeking approval from the taskforce to close entertainment venues, including pubs and karaoke bars, for two weeks, a taskforce spokesman said, in 40 provinces and Bangkok. New cases have been reported in 20 province.

Earlier on Thursday, government spokesman Anucha Burapachaisri said entertainment spots with coronavirus cases had already been ordered closed and more categories of venues could be affected if the outbreak spreads.