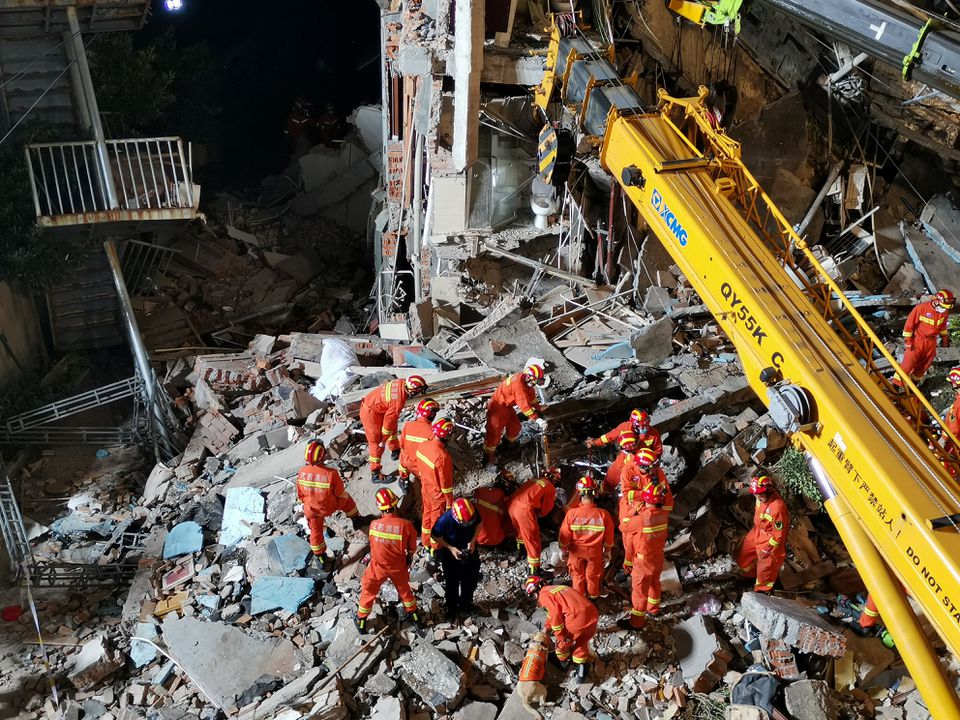 Part of a hotel collapsed in the Chinese city of Suzhou killing eight people and rescue workers were searching on Tuesday for nine people missing in the ruins, state media reported.

The collapse of part of the Siji Kaiyuan Hotel in the coastal city happened on Monday afternoon. The Ministry of Emergency Management sent a team to help with the rescue work, media reported.

The cause of the collapse was under investigation, the Xinhua news agency reported. It published photographs of rescue workers combing through rubble in the search for survivors.

The Siji Kaiyuan is a budget hotel that opened in 2018. The part that collapsed was three storeys tall while an online booking site said the hotel had 54 rooms.