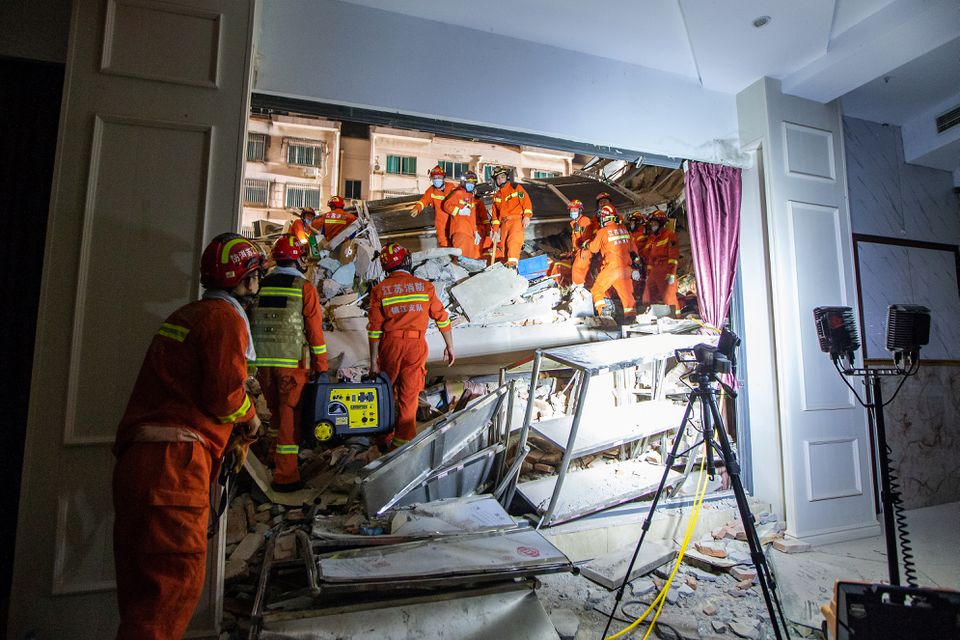 Death toll rises to 17 in partial collapse of China hotel

The death toll in the partial collapse of a budget hotel in China's eastern city of Suzhou on Monday has risen to 17, state media said on Wednesday.

Of the 23 people trapped in the rubble of the Siji Kaiyuan Hotel in Suzhou only six survived, according to state media.

More than 650 people were involved in the search and rescue operation, which concluded on Wednesday morning.

The provincial government of Jiangsu has set up a team to conduct an in-depth investigation on the specific causes of the collapse.

The Siji Kaiyuan opened in 2018 and had a total of 54 rooms, according to online booking sites. The part of the hotel that collapsed was three storeys tall.

According to some state media reports, the collapse was initially determined to be caused by the property owner's alteration of the hotel structure.

A hotel guest who checked out on Monday just before the collapsed spoke of loud drilling noises and the sound of the shovelling of sand, according toe Beijing Youth Daily.

The building was shaking, the guest said.

Cities in Jiangsu have since held an emergency meeting on the safety of existing building structures, and called for tougher inspection and supervision.