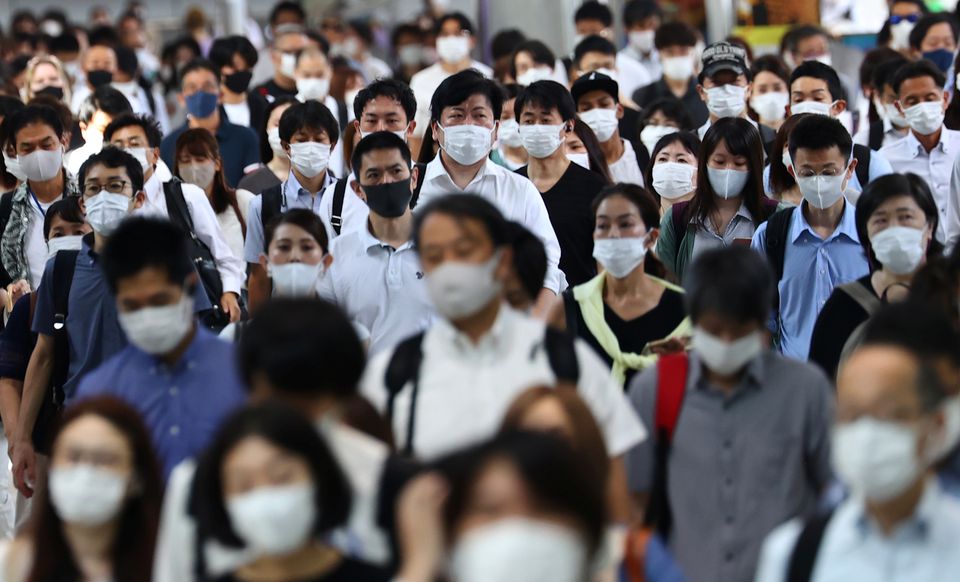 The rise - up from 2,848 on Tuesday - will add to worries about the Games, which are taking place under unprecedented conditions including a ban on spectators in most venues.

The surge also spells trouble for Prime Minister Yoshihide Suga, whose support ratings are at their lowest since he took office last September, ahead of a ruling party leadership race and a general election this year.

Governors of three prefectures near Tokyo will ask the government to declare states of emergency for their regions as early as Thursday, Economy Minister Yasutoshi Nishimura, who leads Japan's COVID-19 response, told a parliamentary panel.

Speaking before Tokyo's latest numbers were announced, he said cases were expected to rise in coming days, as testing may have been delayed over holidays last week.

"I think we've entered a trend of sharp rises in cases, which I had feared the most," Yuji Kuroiwa, governor of Kanagawa prefecture near Tokyo, told reporters. Kanagawa and nearby Chiba and Saitama prefectures are seeing cases jump.

Tokyo is under its fourth state of emergency, which is due to last through the Olympics, while the other three regions are implementing looser "quasi-emergency" steps.

"As a city resident myself and as an organiser, my heart hurts that case numbers are rising," Tokyo 2020 spokesperson Masa Takaya told a news conference.

He said strict measures were in place inside the "Olympic bubble". Many Japanese are worried about a spread of infections from Olympics participants.

Suga said on Tuesday said that people were moving around less and urged them to stay home as much as possible and watch the Olympics on television. He said cancelling the Games was not an option.

But senior opposition Constitutional Democratic Party of Japan lawmaker Jun Azumi said the government was being overly optimistic in its assessment of the pandemic, which could make things worse later on.

"Unless it revises its view of the infection situation, after the Olympics end, there will be a serious national crisis affecting people's lives, beginning with a collapse of the medical system," the NHK public broadcaster quoted him as saying.

Japan has avoided the devastating outbreaks suffered by other countries such as India and the United States, but its fifth wave of the pandemic is straining hospitals.

"The risk of infection for individuals is the highest ever. It is affecting even ordinary medical care and ... is a severe situation," Koji Wada, a professor at Tokyo's International University of Health and Welfare and an adviser to the government, told NHK public television.

Unlike stricter steps in many countries, Tokyo's emergency measures rely mainly on asking restaurants that serve alcohol to close and others to shut down by 8 p.m.

Many Japanese have grown weary of the largely voluntary restrictions and some experts say the government decision to go ahead with the Olympics sent a confusing message about the need to stay home, posing a greater risk than any direct spread from Olympic participants.