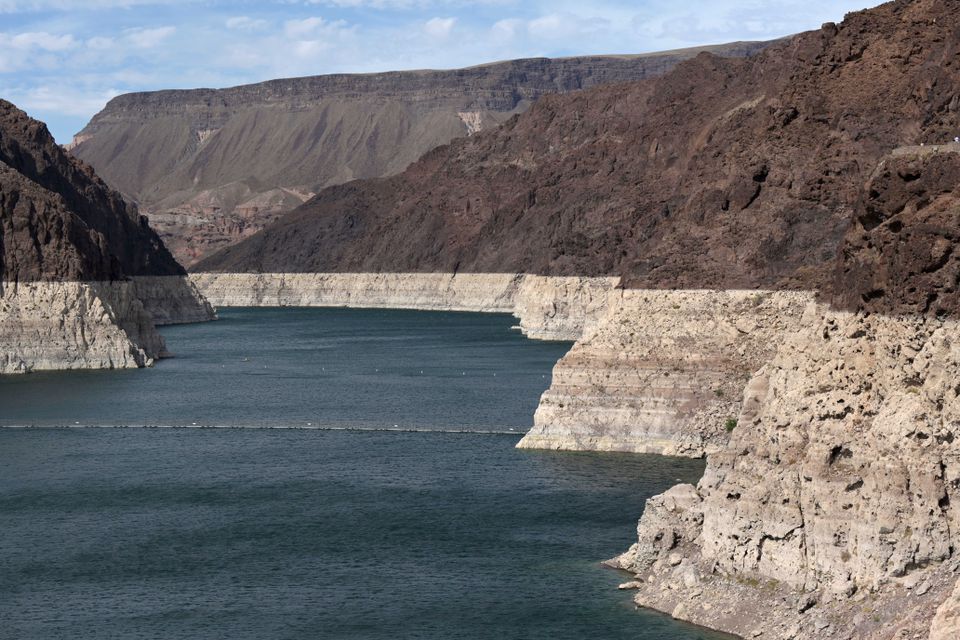 The shortage will reduce water apportionments to Arizona, Nevada and Mexico for the year beginning in October, the U.S. Bureau of Reclamation, an Interior Department agency, said in a statement.

Arizona will lose 18% of its annual apportionment, while Nevada will see cuts of 7%. Apportionments to Mexico, which are required under a 1944 treaty, will be cut by 5%.

Separately, 10 Western governors urged President Joe Biden to declare a federal drought disaster in their states, qualifying farmers and ranchers to seek special assistance "beyond what is available through existing emergency programs."

"Historic drought levels threaten to eliminate entire crops, depress yields and harbor extreme levels of pests and disease that add to the cumulative loss," the governors wrote in a letter.

While not a surprise, the cuts in reservoir supplies will mean less water -- and tough allotment decisions -- for agriculture, cities and Native American tribes in the parched region, which is in its 22nd year of drought.

"We are seeing the effects of climate change," Tanya Trujillo, the Interior Department's assistant secretary for water and science, said during an online press conference. She pointed to the region's lower-than-average snowpack, scorching temperatures and dry soil conditions.

The drought has drastically reduced animal feed supplies across the West, sending hay prices soaring as many ranchers and farmers are forced to auction off livestock or to consider selling their land for development, the governors' letter said.

The latest U.S. Drought Monitor report shows drought conditions across 99% of the Western United States, up from 63% a year ago, with an estimated 59.2 million Americans living in drought-stricken areas, they said.

Lake Mead, formed in the 1930s from the damming of the Colorado River at the Nevada-Arizona border, is the largest reservoir in the United States. It is crucial to the water supply of 25 million people in the cities of Los Angeles, San Diego, Phoenix, Tucson and Las Vegas.

Crippling drought in the U.S. West has brought Lake Mead and Lake Powell, the nation's second-biggest reservoir, to historic lows. Total water storage in the Colorado River system is at 40% of capacity, down from 49% a year ago, the bureau said.

Water releases in a given year are determined by an annual study anticipating the reservoirs' water levels in winter. In January, Lake Mead is expected to be at 1,065.85 feet (324.9 metres) above sea level, which is 9 feet below the official trigger for a shortage.

The reservoir's elevation is projected to keep falling, the agency said. Arizona, California and Nevada are mulling actions needed to prevent the reservoir from going below 1,020 feet, officials said.