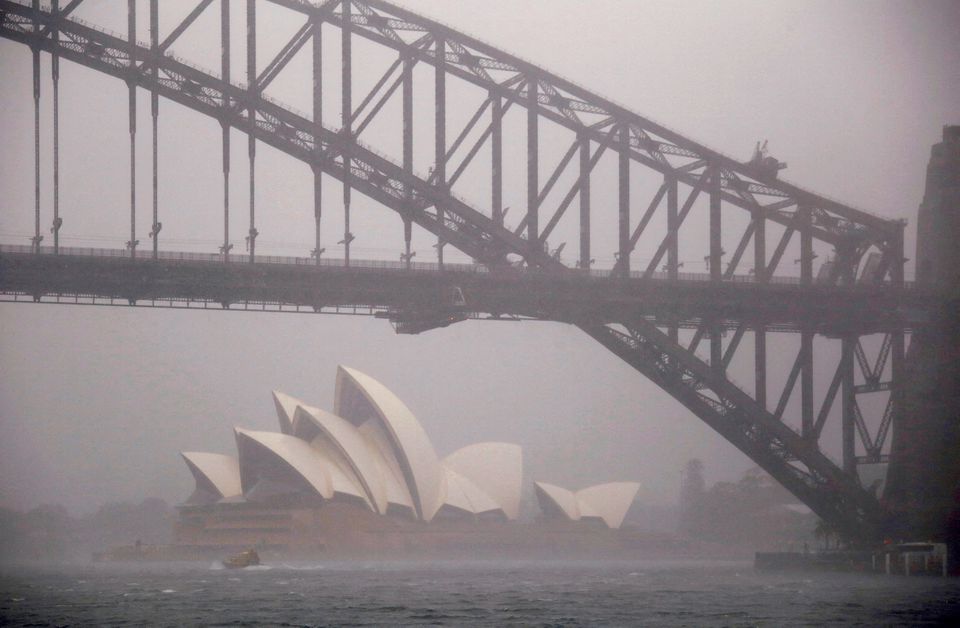 SYDNEY -- Sydney is set to record its wettest year in 164 years as authorities braced for major floods in Australia's east, with more heavy downpours expected to fall over the next three days.

"That record is likely to fall late Friday night and into Saturday," Bureau of Meteorology (BoM) forecaster Jonathan How told Australian Broadcasting Corp. television. It is only the fifth time the country's largest city has topped 2,000 mm in a year since records began in 1858.

Australia's east coast has been in the grip of a multi-year rain event due to the La Nina weather phenomenon, typically associated with increased rainfall, that has caused floods in Sydney suburbs three times in the past two years and forced tens of thousands to flee their homes.

With a wild weather system expected to dump heavy rains through the weekend across a wide swathe of Australia's east, authorities warned Sydney residents to watch for flash flooding and stay away from flooded roads.

Many dams and rivers are already at full capacity. The New South Wales state government has committed to raising the height of the wall at Sydney's Warragamba Dam, which supplies 80% of the city's water, to help prevent future floods.

More downpours are forecast for the rest of 2022 due to the rare occurrence of a third straight La Nina weather event.

"Heading into late spring and summer, we're still in this active La Nina period so we can expect more and more rainfall and that does increase the risk of flooding," BoM's How said.

New South Wales emergency crews said there were 47 flood warnings in place across the state, with moderate flooding expected in parts of Sydney on Saturday.

The situation will only get more dangerous over the next few weeks, emergency services spokesperson Scott McLennan said.

"Are we at the worst? We don't know, but we do know that there is more water coming," McLennan told the Australian Broadcasting Corp.