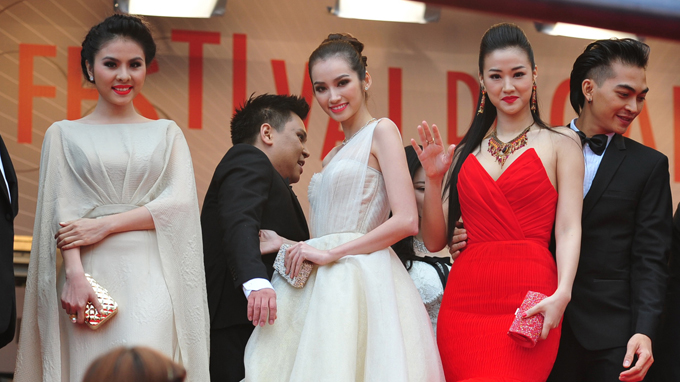 A June 25 seminar on developing Vietnam’s film industry from now to 2020 set a target that the industry will grow into one of the best in Southeast Asia, but this aim was blasted and dismissed as far-fetched.

Participants also expressed doubts at the prospect of the local film industry becoming an Asian power by 2030.

“In my opinion, we should be modest instead. The target mostly depends on the development of our neighbors’ film industries and the appearance (or not) of movie talents,” said famed scriptwriter Hong Ngat.

She suggested the target be changed to one where the local industry will be recognized among the Asian movie community by 2020.

“I think being recognized alone within the next seven years requires tremendous efforts from us,” she noted.

Director Do Thanh Hai cited an example to prove the unfeasibility of the target.

At a recent exposition on filming and television technologies, he asked two film producers from Singapore and Malaysia what they think about dubbed films, since in Vietnam on-the-scene sound recording still requires costly equipment.

The Malaysian government spends 1.6% of its GDP on average to promote and support film production. A US$145 million film center has also been built to realize Malaysia’s ambition of turning their local industry into one of the world’s film hubs.

The development strategies for the Vietnamese film industry raised at the seminar also proposed that the industry will be switched from director-centered to producer-centered.

“Being producer-centered means that commercial films will far outweigh artistic films, leading to the latter’s scarcity. However, advanced film industries around the world, such as in France, still attach great importance to directors’ roles as independent filmmakers, as many directors mobilize finance for their films on their own and the role directors play in both artistic and commercial films remains central,” director Bui Thac Chuyen, said in concern.

Participants also proposed modifying the industry’s censorship by classifying viewers, as “this is vital for incubating local directors’ boundless creativity”.