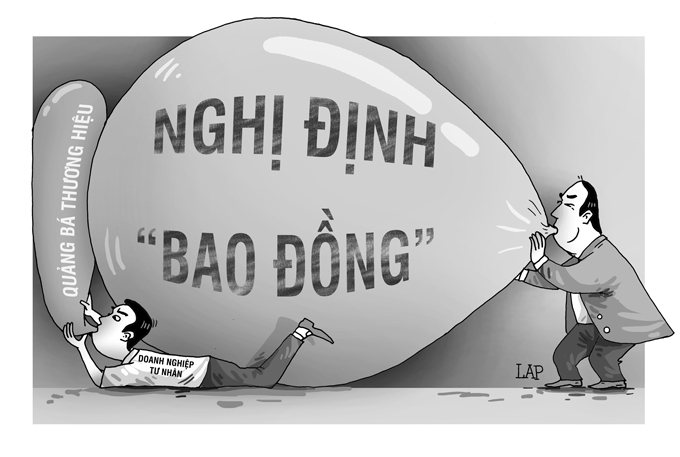 Decree on no gifting may hurt foreign-owned, private businesses

The Ministry of Culture, Sports and Tourism recently released a decree which stipulates that no gifts, items with logos, or meals be given during ceremonies. The decree, which takes effect on Dec 16, has been met with intense opposition from the public as it unreasonably interferes with corporate activities of foreign-owned and private local enterprises.

The decree, which has stipulations on holding ceremonies, anniversaries, and celebrations of holidays, presenting and receiving awards and titles, and guest receiving rituals, is devised to make sure that the ceremonies are cost-efficient, simple, and compliant with national customs, laws, and international conventions.

According to the decree, which applies to state-owned, private, and foreign businesses and organizations alike, no gifts, items with logos, or meals can be offered to attendees during ceremonies.

However, the decree has sparked negative opinions from the public, astonishing local lawyers.

“The decree is completely wrong if it’s imposed on all businesses and organizations. It can only apply to state-owned agencies, which don’t need promotion activities and operate on the state budget. The decree would seriously violate private and foreign business owners’ rights if it doesn’t allow them to present gifts or their symbols or logos to their customers during ceremonies or anniversaries,” said lawyer Pham Huu Khanh Toan.

According to Phan Dinh Tan, the ministry’s spokesman, the decree mostly encourages locals to cut costs during ceremonies and holidays.

He also admitted that the decree should apply only to state-owned enterprises.

“The decree is meant only to warn owners of private and foreign businesses not to overdo giveaways in their ceremonies or holiday celebrations. That’s why the decree isn’t accompanied by sanctions or a guidance circular,” Tan noted.

The decree points out the country’s seven major holidays: the traditional Tet holiday; the anniversaries of the founding of the Vietnam Communist Party; the death anniversary of the Hung Kings; the Liberation of the South and Reunification of the nation; Dien Bien Phu victory; President Ho Chi Minh’s birthday; August Revolution; the Independence Day. Anniversaries and traditional days of all companies and central and local agencies are also mentioned in the decree.

The decree includes finicky stipulations such as forbidding badges, bows, or flowers on participants’ shirts and demanding that art performances longer than 30 minutes must be included on the invitations.

In addition, in salutations during speeches and reports at ceremonies, the speaker should only respectfully mention the full names and titles of the highest-ranking officials present.