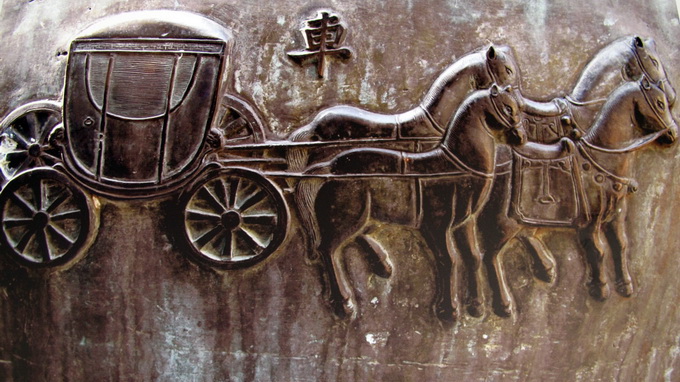 An exhibit, “Ngua va long ma” (Horses and dragon horses), ongoing until Feb 10, highlights some 70 photos of reliefs of normal and dragon horses, which adorn the edifices in the UNESCO-recognized Hue royal palace.

The exhibit, going on at the Forbidden City, features the photos of the reliefs and decorative patterns which bear the intricately-crafted metal and wood carvings of the animal, which represents this lunar year.

The highlight of the exhibit is the dragon horses, considered the Nguyen Dynasty (1802-1945)’s symbol, which is found profusely on large reliefs in front of the structures within the Hue royal palace.

According to Nguyen Phuoc Hai Trung, head of the Hue Court Antique Museum, the dragon horse is a fictional animal which boasts the dragon’s head, the kylin’s scales and the horse’s torso and hooves.

The sacred animal is pervasive in Hue’s courtly culture and has become the logo of the city’s signature Hue Festival since 2004.