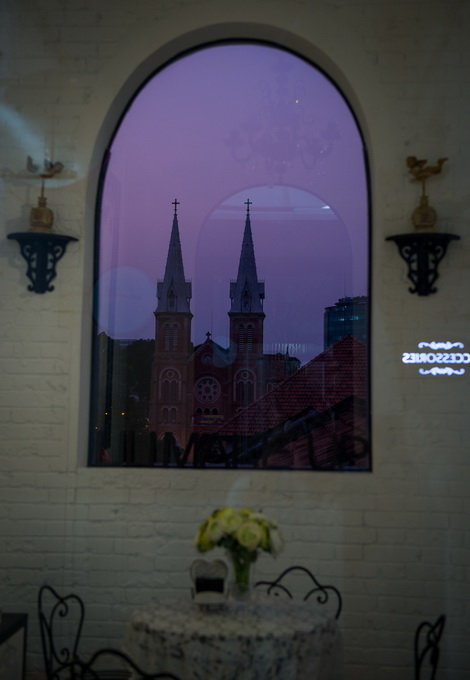 Saigon by night in photos

Saigon, or Ho Chi Minh City, has undergone striking changes regarding infrastructure, traffic, housing, and lifestyle since April 30, 1975, when the country was reunified.

The city glitters at night in the dazzling light from skyscrapers, streets, and new residential areas.

The downtown area in Ho Chi Minh City with a prominent highlight being the Bitexco Financial Tower. Photo: Tuoi Tre

The construction site of a skyscraper in downtown Ho Chi Minh City. On the left in the distance is the Nha Rong Wharf, one of the city’s icons, located in District 4. Photo: Tuoi Tre

A view from Nguyen Thai Binh Apartment Building in District 1, with the Bitexco Financial Tower in the background. Photo: Tuoi Tre

The Nha Rong Wharf and Saigon Port next to the Saigon River, with the Phu My Bridge seen from afar. Photo: Tuoi Tre

A young woman is engrossed in her work at a bar located at the Dong Khoi-Ly Tu Trong intersection in District 1. Photo: Tuoi Tre

The Ben Nghe Canal, with Vo Van Kiet Boulevard on its left and Ben Van Don Street on its right. Photo: Tuoi Tre