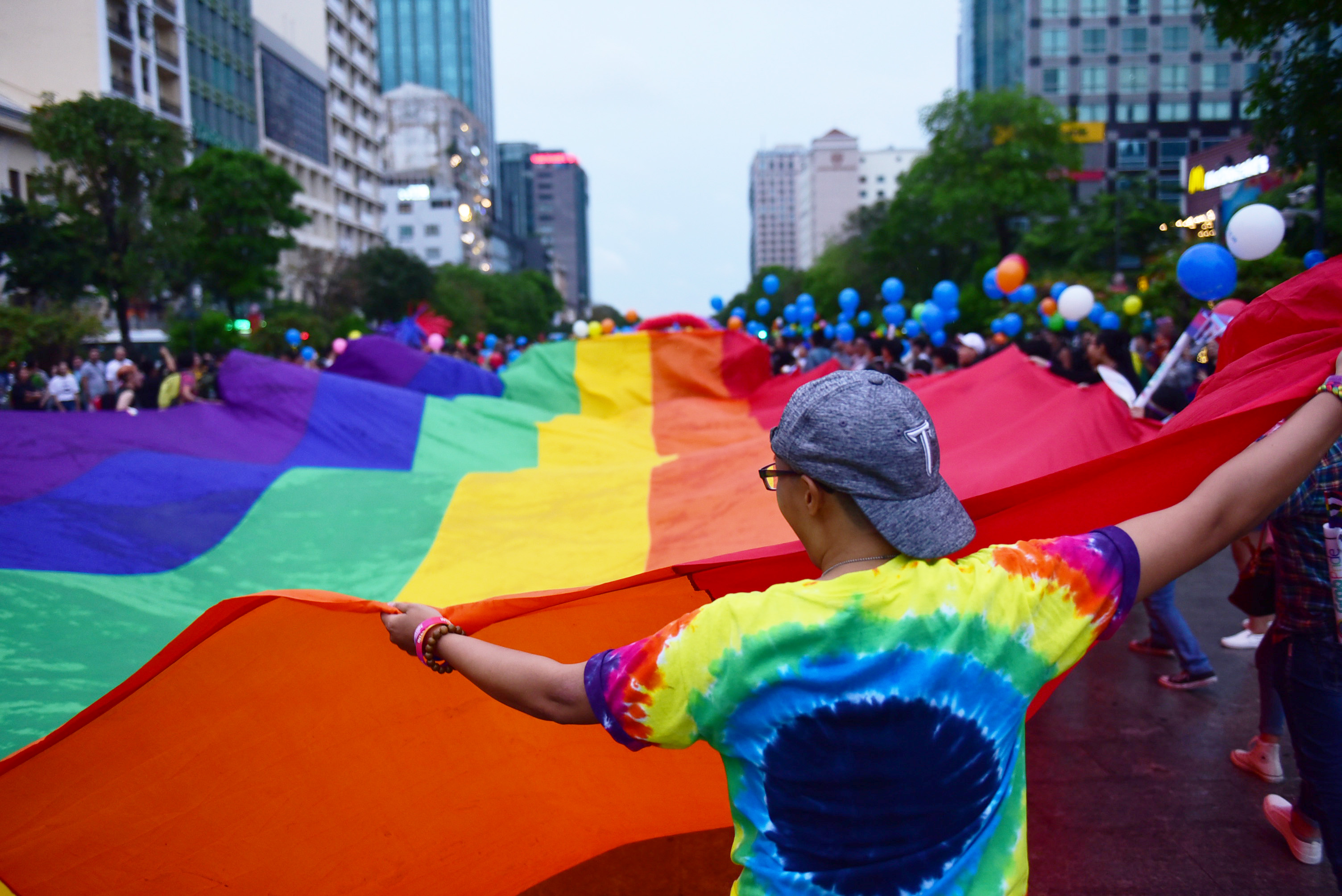 The parade was part of the 2017 VietPride series of events, which include multiple parades throughout Vietnam to show support and campaign for equality for Vietnam’s lesbian, gay, bisexual and transgender (LGBT) community.

The annual VietPride was first organized in Hanoi in 2012, before growing to become a nationwide event joined by tens of thousands every year.

This year, VietPride is celebrated in 35 provinces and cities across Vietnam between July 29 and October 1.

In Ho Chi Minh City, the pride parade on Sunday afternoon was joined by over 2,000 people, who proudly waved rainbow flags as they marched through Nguyen Hue in the city center.

“It’s definitely a liberating and exciting event, as it allows me to be true to myself and make new friends,” said Tran Thanh Thien, a 21-year-old undergraduate student from Ho Chi Minh City.

Foreign tourists and locals who happened to be at the venue were also glad to show their support by joining the parade.

“The society’s view [on the LGBT community] is much more open now compared to the past,” said Mai Thuy, who traveled with her family from southern Tay Ninh Province to take part in the parade.

“I think we should show our support and be inclusive of people from the LGBT community instead of discriminating against them.”

U.S. Ambassador to Vietnam Ted Osius – an openly gay diplomat – and his husband were among those who participated in the parade.

Below are the colors of love captured by a Tuoi Tre (Youth) newspaper reporter at the pride parade at Nguyen Hue Pedestrian Street in District 1, Ho Chi Minh City on September 24, 2017.