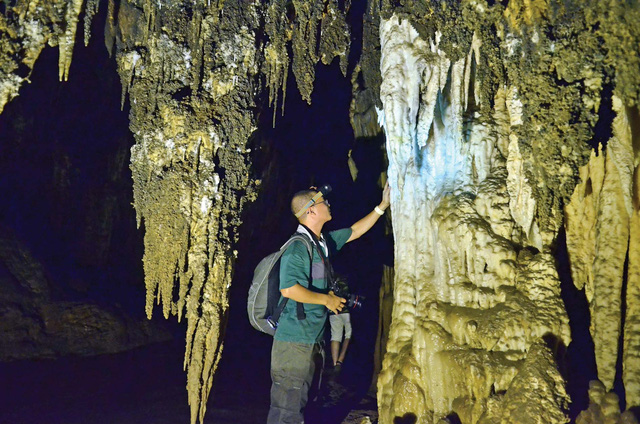 The newly discovered caves have been documented and submitted to experts from the British Caving Association to prepare for future surveys, said Le Thanh Tinh, director of the management authority of Phong Nha – Ke Bang.

Earning recognition as a World Heritage Site by the United Nations Educational, Scientific and Cultural Organization (UNESCO) in 2003, Phong Nha – Ke Bang is known for its massive, 126 kilometer long cave system, much of which remains unexplored.

According to Tinh, the recently discovered caves lie within the administrative domain of Quang Binh’s Minh Hoa District.

Authorities were first informed of each cave’s location by local residents, who then worked with park officials to conduct initial surveys of the new grottos for documentation, according to the park executive.

After eliminating the caves already listed by the British Caving Association during previous explorations, park officials concluded that 58 of the reported caves were undocumented.

The British Caving Association, whose explorers in 2009 made the significant discovery of numerous caves in Phong Nha – Ke Bang including Son Doong, will be notified of the new discoveries.

The organization is expected to send a delegation of experts to the site for further exploration in the near future, Tinh said.